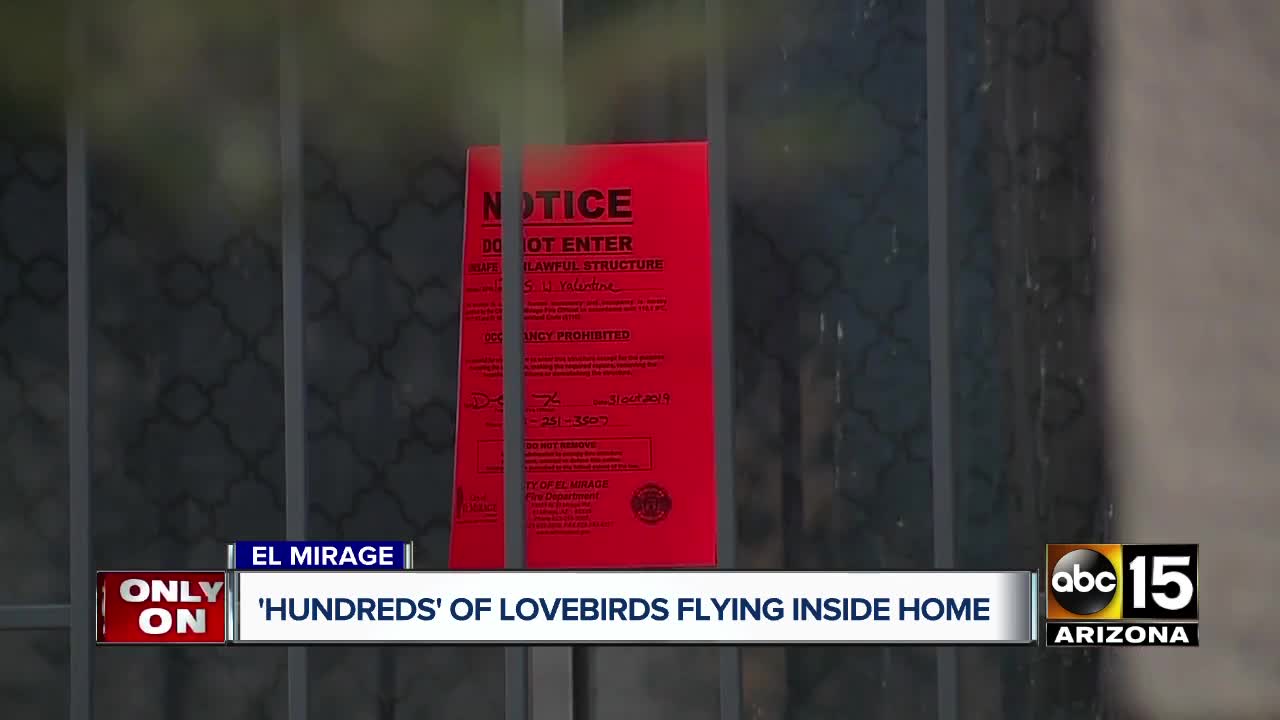 PEORIA, AZ — Over 600 lovebirds are going up for adoption after being rescued from a home in El Mirage, Arizona, in late October.

The birds will be up for adoption at the Peoria's Pet Market on Dec. 23.

The lovebirds were found in an El Mirage home on Oct. 31 in what Jody Kieran, owner of Fallen Feathers Sanctuary, called horrible living conditions. The home had moldy bread, layers of birdseed and feces covering the floor.

Over 600 birds and around 80 eggs that had yet to hatch were inside the home. Lovebirds will be available as companion pairs.

The adoption includes a starter kit with a new utility cage, two bowls, food, treats, toys, and a coupon for a free wellness visit at North Central Animal Hospital for a suggested $60 donation.

For those adopting who don't need a cage, the suggested donation is $30.

All birds were quarantined since being rescued and were not individually tested for diseases. However, a select amount of birds were tested for communicable diseases, and all tested negative.

This story was originally published by Cydeni Carter on KNXV in Phoenix.