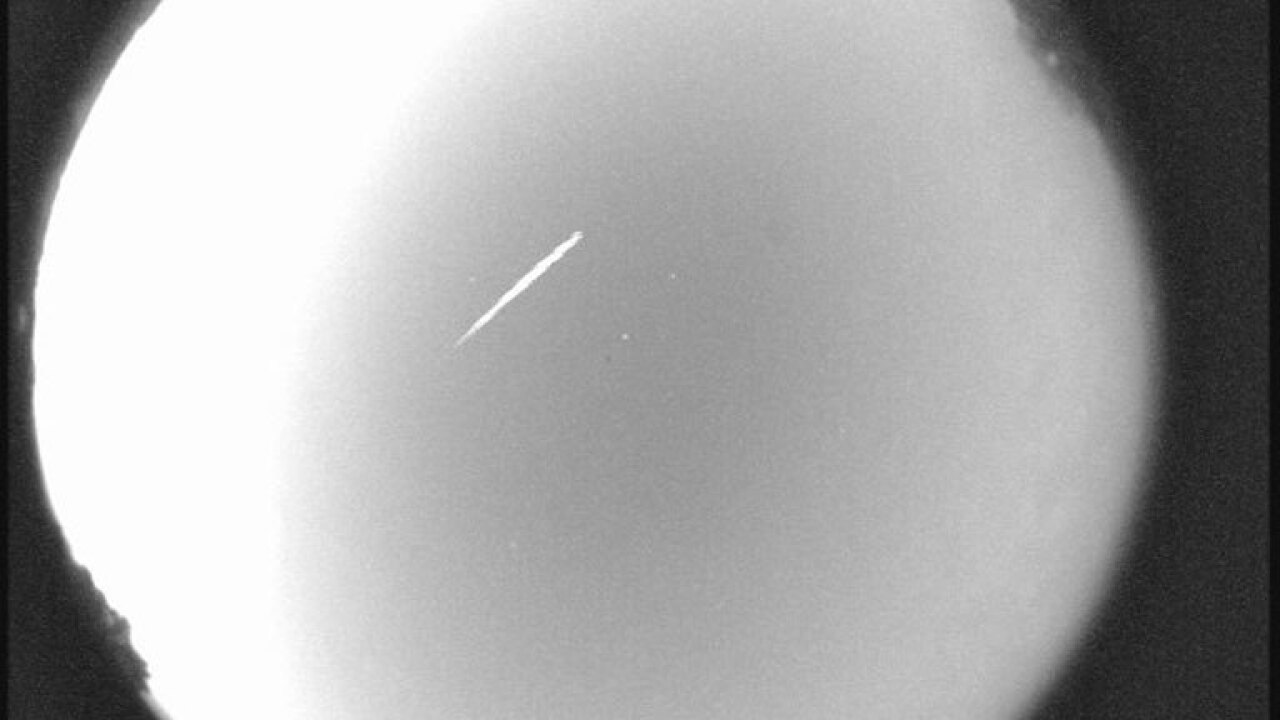 Halley's Comet won't be visible for another 40 years, but it will still treat Earth to a show on Tuesday morning.

The Eta Aquarids meteor shower is expected to peak in the early hours of May 5.

The Eta Aquarids is one of two annual showers caused by pieces of Halley's Comet.

The famous comet only enters our inner solar system once every 75 years. But according to NASA, a few times a year, Earth's orbit travels into the debris trails left by the comet. The dust and rock particles left over by the vaporize when they enter Earth's atmoshere at 148,000 mph and become meteors or shooting stars.

The best chance to see the shower is just before dawn — between 2 and 4 a.m. — when there is least amount of light from the moon to obstruct the view.

According to Space.com, those looking for the meteors will want to "gaze somewhat away" from the radiant in the constellation Aquarius.

"Under the most favorable conditions from the southern United States, a dozen or more meteors per hour can be seen from the Eta Aquarid swarm," Space.com said. "But observers from mid-northern latitudes may only see about half as many."

Halley's Comet was last seen in 1986. It won't make its next return through the inner solar system until the summer of 2061.

This story was originally published by Thalia Brionez on KXXV in Waco, Texas.