Melania Trump announces plans for year two of 'Be Best' 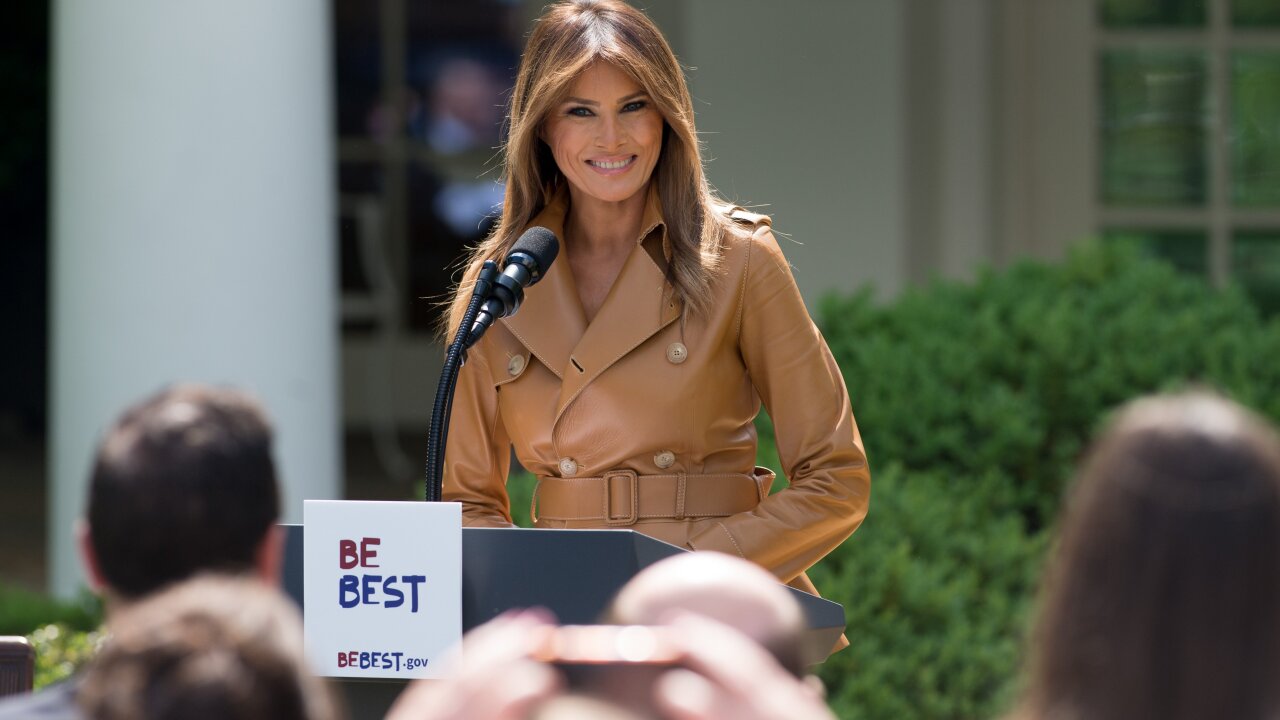 (CNN) -- In a Rose Garden ceremony one year to the day after launching her signature platform, Melania Trump celebrated the anniversary of "Be Best."

The first lady announced she intends to expand two of the three pillars of her platform. The first expansion will be to the opioid abuse vertical, which Trump announced would now focus on helping children of all ages; she previously paid particular attention to babies born with Neonatal Abstinence Syndrome, suffering from the effects of being born addicted to drugs.

Next, she said she would be expanding the social media platform, which for the past year has focused on combating cyber bullying and practicing kindness online, to include the larger umbrella of online safety.

The third pillar, the broadly defined "well-being of children," will remain the same.

The first lady kicked off her brief speech by recounting several of the things she has done to promote the "Be Best" cause of helping children, including visiting 15 states, 9 countries, joining with government agencies such as the Departments of Education and Health and Human Services and spending time with children in hospitals and schools.

Last year, President Donald Trump introduced his wife at the ceremony and gave brief remarks, but this year the President sat quietly in the front row, in the seat closest to the first lady's podium, for the entirety of the approximately 30-minute event program.

The first lady also announced in closing remarks that she would be taking another solo international trip. She did not, however, specify where, nor did she reveal the date, except to say it would be in "the fall."

Trump's first solo international trip, during which she promoted "Be Best" with assistance from USAID, took place in October 2018. She visited Ghana, Malawi, Kenya and Egypt.