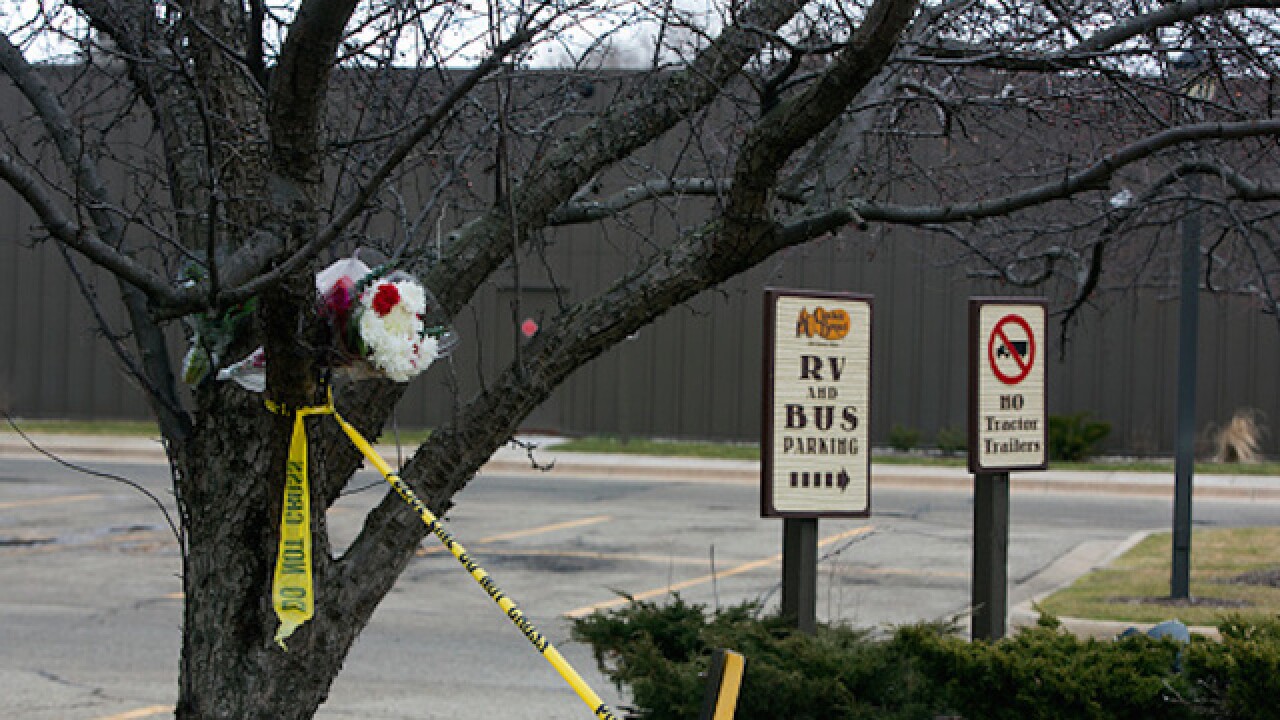 Copyright Getty Images
&lt;p&gt;KALAMAZOO, MI - FEBRUARY 21: Flowers and crime scene tape hang from a tree in the parking lot of a Cracker Barrel where a gunman went on a shooting rampage, on February 21, 2016 in Kalamazoo, Michigan. Authorities said that a shooter who killed six people and injured two others was an Uber driver who appears to have gunned down people at random during a four-hour rampage in the parking lots of a western Michigan apartment complex, a car dealeship and a Cracker Barrel store. (Photo by Tasos Katopodis/Getty Images)&lt;/p&gt;

The year 2016 is not even two months old, and America has already dealt with a number of mass shootings to start the year. The latest came Thursday evening when four people, including the suspect, were killed and 14 were injured at an industrial park in Newton, Kansas.

Last Saturday, an Uber driver killed six people and injured two others near Kalamazoo, Mich. Four of the fatalities took place at a Cracker Barrel, and two people were killed at a nearby car dealership.

On Feb. 8, eight people were shot, one of them killed, in Rochester, NY. The shooting took place at a Mexican restaurant.

On Feb. 7, two people were killed and nine were injured in Orlando, Fla. at a nightclub. A 23-year-old man was later arrested in connection to the shooting.

On Jan. 30, three were killed and five were injured in a shooting in Glendale, Ariz. The shooting happened at a house party, where 80 to 100 people were gathered. No one has been arrested in connection to the shooting.