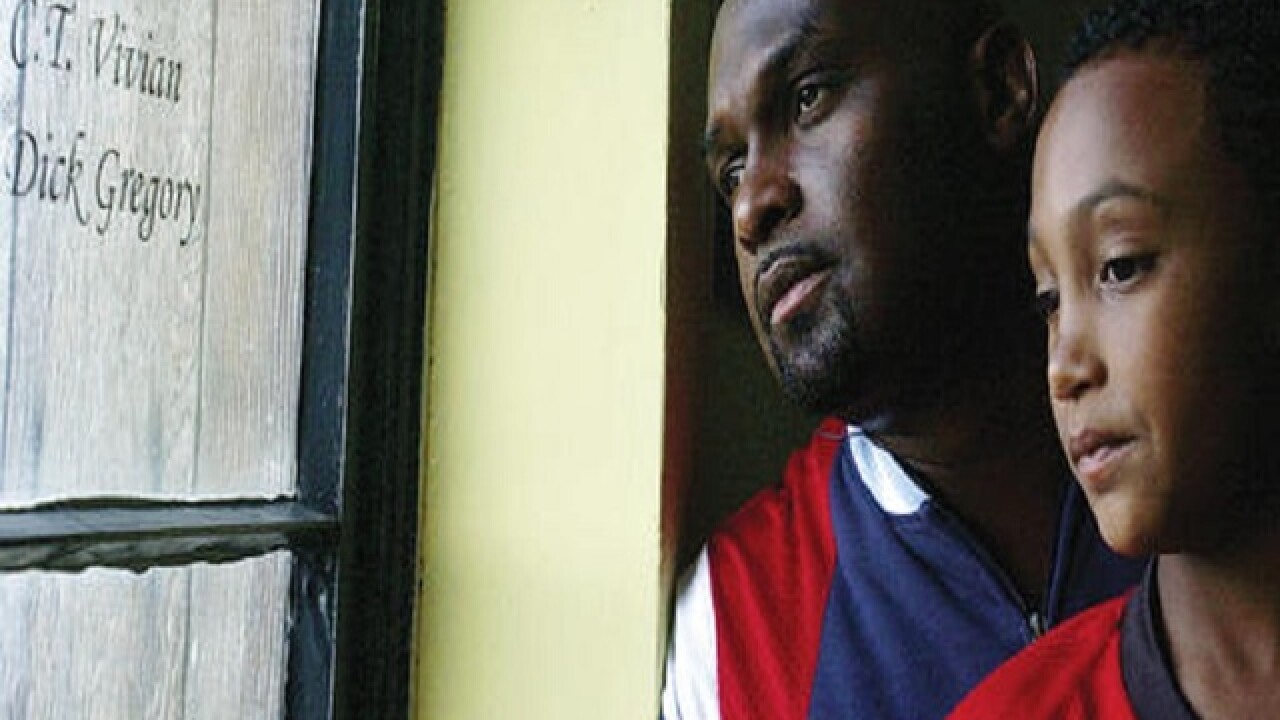 &lt;p&gt;FILE - In an Aug. 8, 2005 file photo, actor and children's book author Tommy Ford and his son T.J. look through a window inscribed with the names of civil rights leaders during a tour of the National Voting Rights Museum in Selma, Ala. Ford, the actor who played Martin Lawrence's best friend Tommy Strawn on the hit '90s sitcom "Martin," has died in Atlanta. He was 52. Family spokeswoman Joy Pervis says Ford died Wednesday, Oct. 12, 2016. (John Gullion/The Selma Times-Journal via AP, File)&lt;/p&gt;

By: Associated Press
Posted at 1:15 AM, Oct 13, 2016
ATLANTA (AP) — Thomas Ford, the actor who played Martin Lawrence's best friend Tommy Strawn on the hit '90s sitcom "Martin," died Wednesday in Atlanta. He was 52.
The actor played the level-headed pal of Lawrence on "Martin" for the show's entire five-year run. One running joke was about his apparent lack of employment, prompting the catch phrase: "You don't got no job, Tommy!"
"It is with great sadness that we announce the untimely passing of our beloved Son, father, brother, husband, and friend Tommy Mykal Ford," the family said in a statement. "On behalf of the family, we would like to thank everyone for their love, support and prayers."
Family spokeswoman Joy Pervis confirmed Ford's death but gave no cause.
In recent weeks, Ford posted on Instagram about having knee replacement surgery and said that he was being diligent about physical therapy and looked forward to returning to work.
Ford had other TV parts, notable as Lt. Malcolm Barker on Fox's "New York Undercover" and as Mel Parker on UPN's "The Parkers" as well as playing the Pope of Comedy on TV One's "Who's Got Jokes" with Bill Bellamy.
Several celebrities paid homage to Ford through social media, including Cedric the Entertainer and Rickey Smiley.
"Prayers up for my brother" and his family, Lawrence posted on Twitter.
Before "Martin," Ford landed a spot in the 1989 Eddie Murphy and Richard Pryor film "Harlem Nights." He would co-produce, co-write or star in such films as "Baby Mama's Club," ''Against the Law," ''Beat Street Resurrection" and "Love Different."
The towering Ford, whose height was said to be 6-foot-4, was also a motivational speaker and a children's' book author. He appeared in the fourth season of TV One's "Bill Bellamy's Who's Got Jokes?"
The actor's website said he had been focusing on building a career behind the camera. He had directed and produced several webisodes, and currently filming "Reverse the Lynch Curse," a documentary about breaking curses of distrust and envy. Ford was also involved in several theater productions.
The family said funeral arrangements will be forthcoming.
"Please respect the privacy of the Ford family during our time of grief," the statement said.
Copyright 2016 The Associated Press. All rights reserved. This material may not be published, broadcast, rewritten or redistributed.