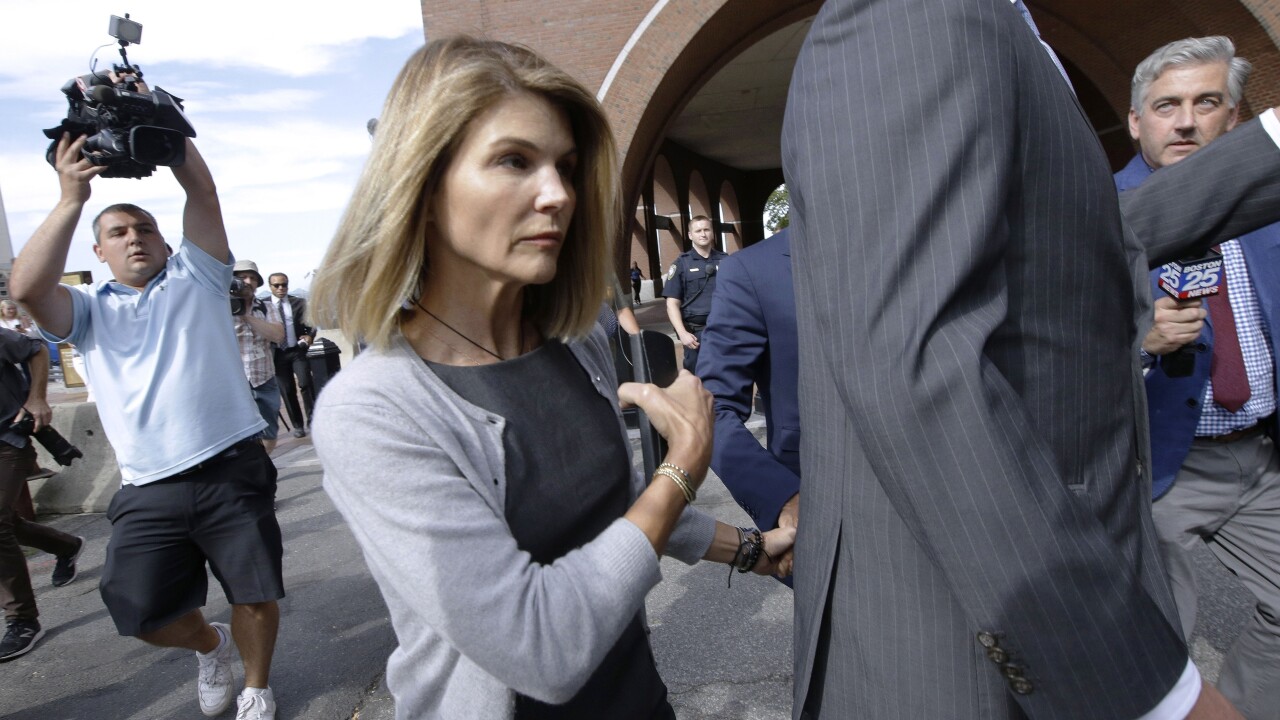 DUBLIN, Calif. – Actress Lori Loughlin has surrendered herself to authorities to begin her two-month prison sentence for her involvement in the college admissions scam.

NBC News and The Associated Press report that Loughlin reported to the Federal Correctional Institution in Dublin, California, on Friday to be processed.

Earlier this year, Loughlin and her husband, fashion designer Mossimo Giannulli, pleaded guilty for paying $500,000 in bribes to cheat the college admissions process.

It came to light in 2019 that the couple paid the money to get their two daughters into the University of Southern California as crew recruits, even though they aren’t rowers.

Loughlin and Giannulli were among several people arrested in the case that was called “Operation Varsity Blues.”

Loughlin was handed her two-month prison sentence in August, when a judge accepted her plea deal. The same day, her husband was sentenced to five months behind bars for his role.