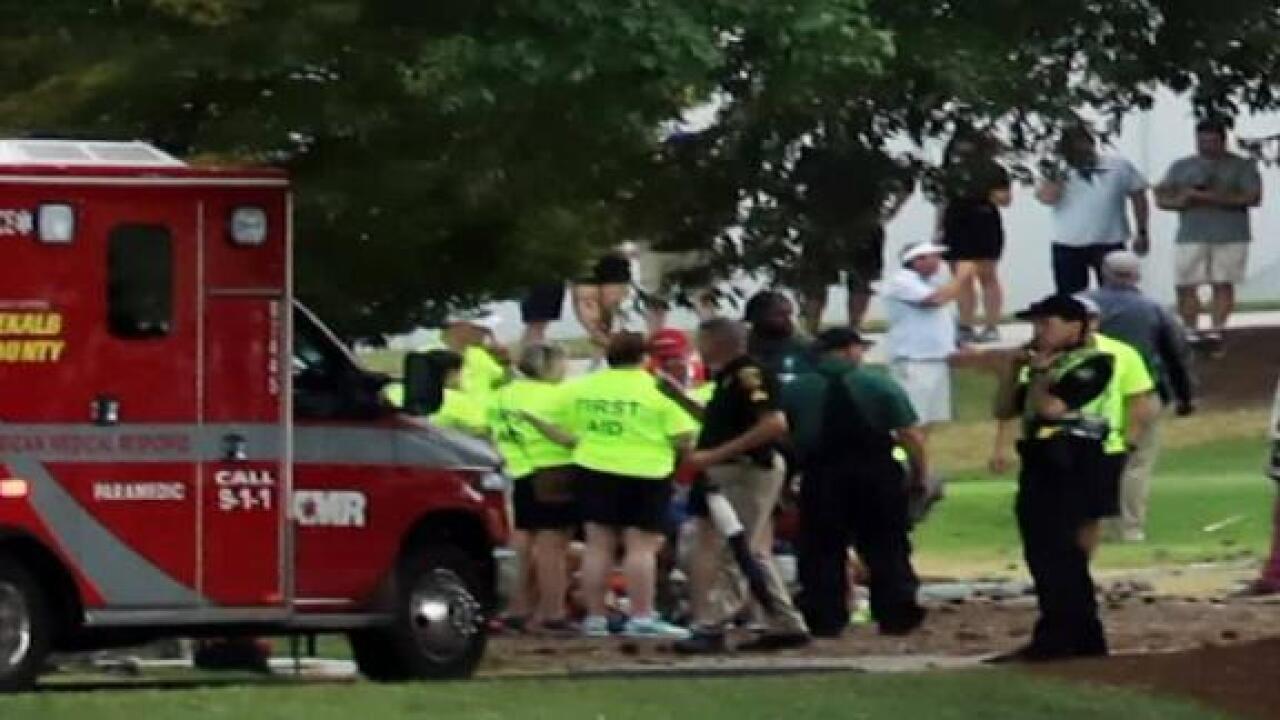 (CNN) -- At least five people were injured after lightning struck a tree at the PGA Tour Championship golf tournament in Atlanta, police and the organizers said on Saturday.

Four men and a girl who sought shelter under a tree during a storm at East Lake Golf Club were injured when lightning hit the tree, Atlanta Police Department spokesman James White said.

They were taken to local hospitals "alert, conscious, and breathing, for further medical treatment," White said.

PGA Tour said in a statement that those injured had been struck by debris from the tree.

The third round of the PGA Tour was underway at the East Lake Golf Club on Saturday when organizers suspended play due to inclement weather, the PGA said.

Nearly 30 minutes after organizers suspended activities, lightning struck a tree and debris from the strike wounded some people, the PGA said.

"The safety of our fans, players and partners is of the utmost importance," the statement said.

All play was suspended for the day. The tournament is expected to resume Sunday morning.

This is a developing story -- more to come.