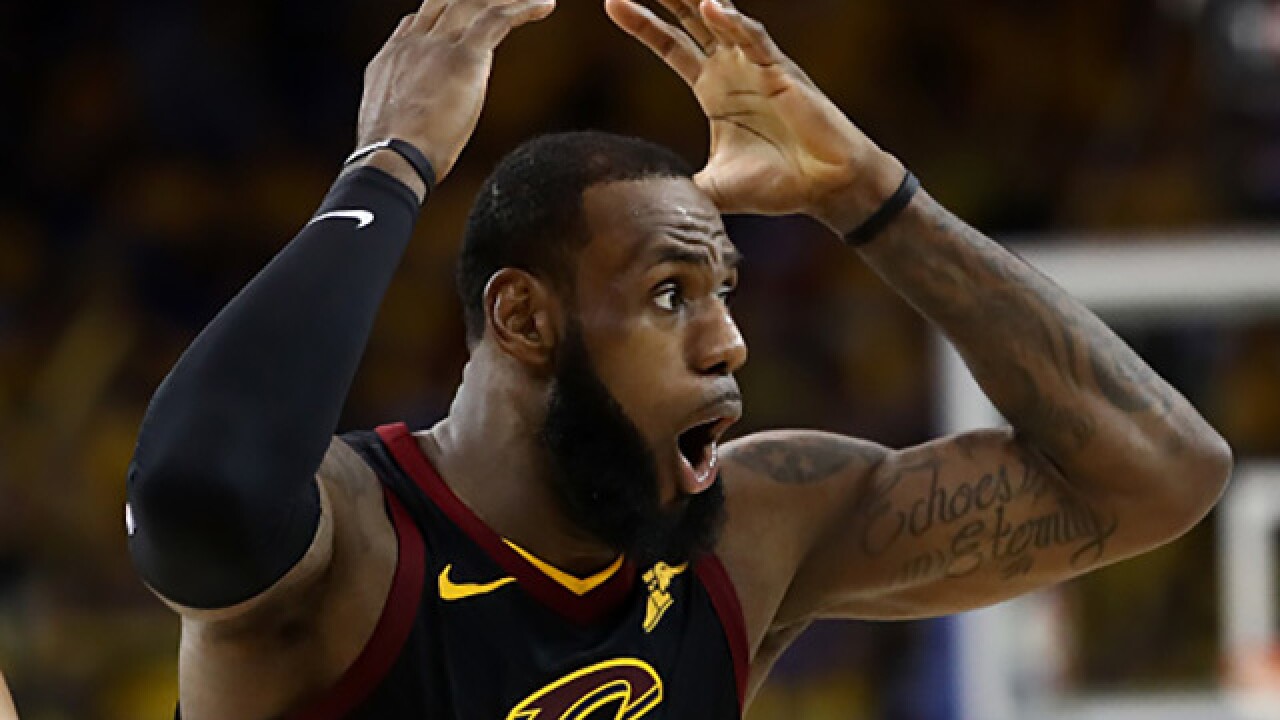 Image copyright 2018 Getty Images. All rights reserved. This material may not be published, broadcast, rewritten, or redistributed.
&lt;p&gt;OAKLAND, CA - MAY 31: LeBron James #23 of the Cleveland Cavaliers reacts against the Golden State Warriors in Game 1 of the 2018 NBA Finals at ORACLE Arena on May 31, 2018 in Oakland, California. &lt;/p&gt;

LeBron James and JR Smith of the Cleveland Cavaliers have a great love for each other, but at the end of Game 1 of the NBA Finals, that love turned into disappointment.

With the game tied, the Cavs had a chance to pull off a showstopping win, but JR Smith managed to dribble out the clock — sending the game into overtime. The Warriors went on to defeat the Cavs 124-114.

Smith claims he thought Cleveland was going to call a time-out with less than five seconds left, which is why he said he didn't take the game-winning shot.

JR Smith: "I was trying to get enough to bring it out to get a shot off. I knew we were tied, I thought we were going to call timeout. If I thought we were ahead, I'd have held onto the ball and let them foul me."

For Clevelanders, this play is difficult to watch.

The play that decided Game 1. pic.twitter.com/e1UeOv57Rn

James was not happy. It's a moment that will go down in NBA history.

“We just left a rest stop! Why didn’t you go then?” pic.twitter.com/ExXXogeocs

And the memes kept coming, and the internet went crazy.

when your mom is yelling at you for something your sibling did #NBAFinalspic.twitter.com/ggk2bTaVfa

the accuracy of disappointment at its finest #NBAFinalspic.twitter.com/hzBgw3uvlY

LeBron's postgame news conference came to an abrupt ending after he just couldn't take another silly question from a reporter asking about JR Smith's mistake.