A man headed to a bus stop caught a wild attack involving a pickaxe on camera near Las Vegas Boulevard and Owens Avenue, an area known for its large homeless population. 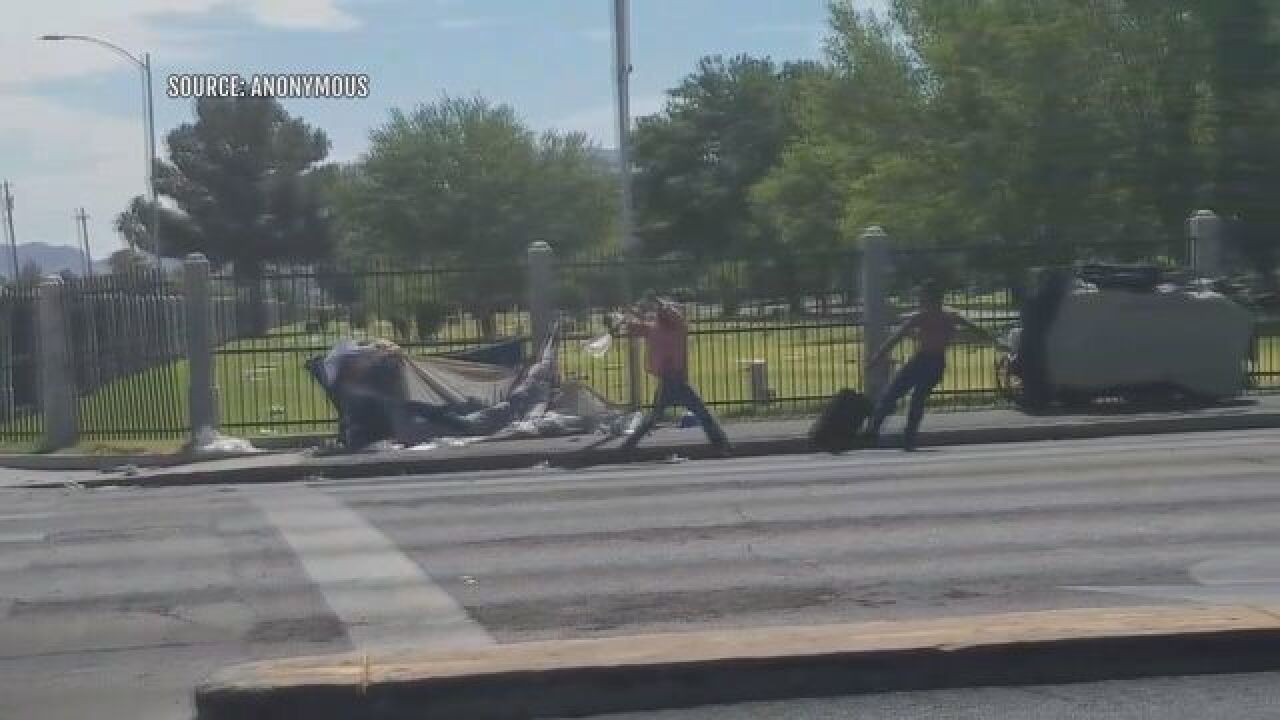 A man headed to a bus stop caught a wild attack involving a pickaxe on camera in Las Vegas, in an area known for its large homeless population.

The two clips recorded by the man are a combined minute and a half.

While it is unclear what led to the fight, you can see a man wearing a red shirt carrying a pickaxe as he walks after a shirtless man pulling a rolling suitcase.

As he is trying to get away, the man with the suitcase trips and the pickaxe-wielding man takes three swings at his intended target, narrowly missing the man's head on the third swing.

The video ends with the man with the suitcase walking across the street safely while the pair continue to yell at each other and the man recording the video can be heard making sure someone else is calling 911.

The man who recorded the video and wishes to remain anonymous said that police showed up shortly after the attack and talked to both men. Those who frequent the area say it wasn't that surprising to see the fight, although the weapon was extreme.

"That's why I'm gone. I'm away. I'm not here no more," a man named Tre said after watching the video of the attack.

Others pointed to the need for services for the homeless in the area after watching the video saying many of them do not have the means or ability to help themselves and feel abandoned.

The video was recorded about a quarter mile from the lot where the City of Las Vegas is planning to establish a corridor of hope to provide the homeless in the area with better access to services in hopes of making the area safer.