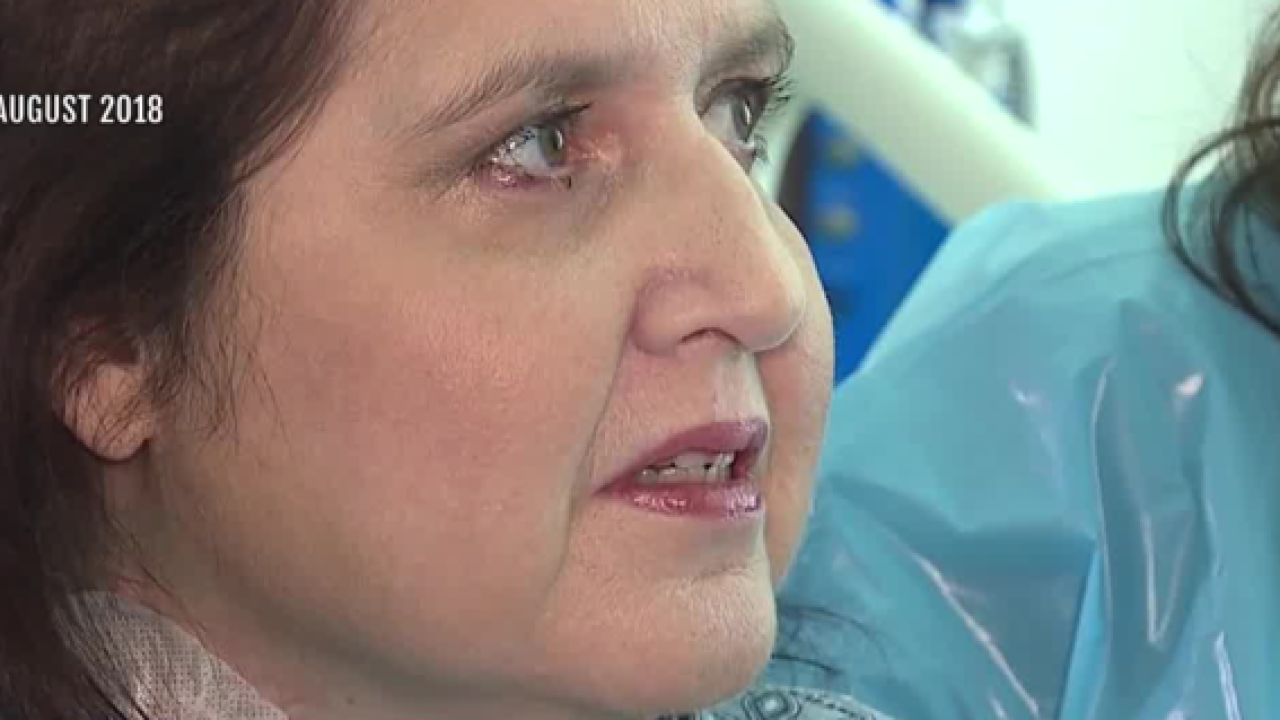 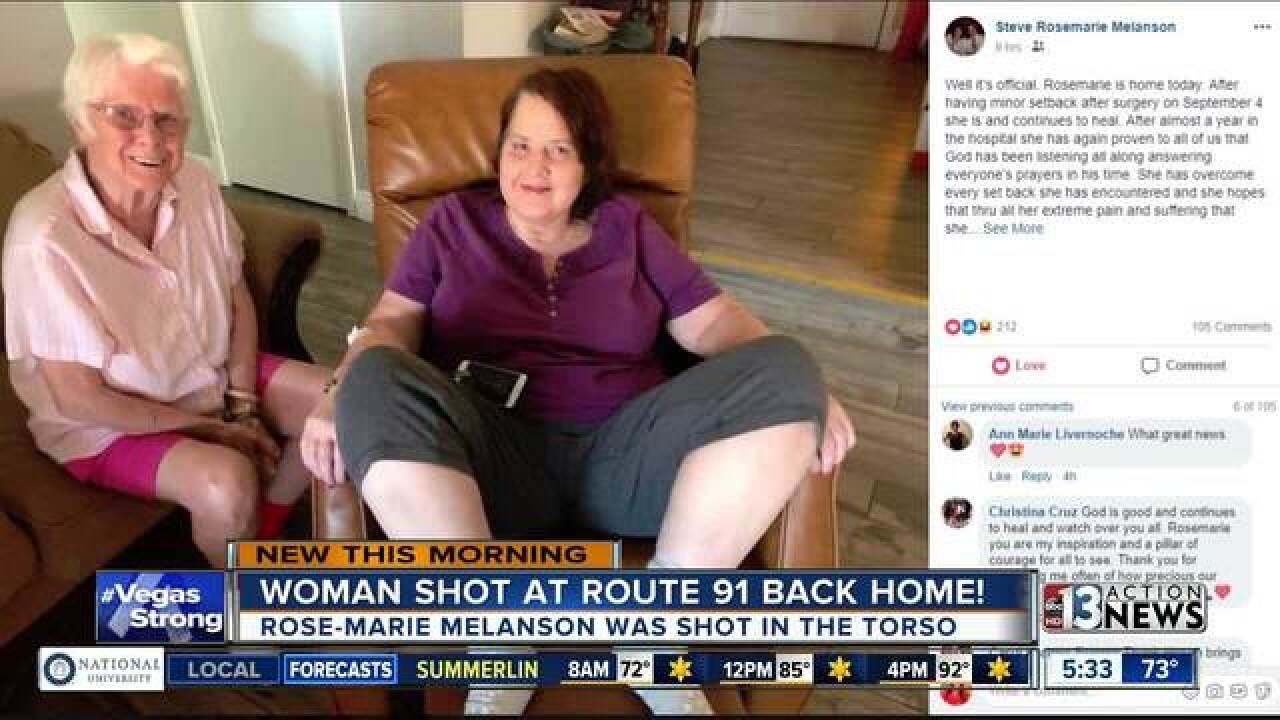 One of the most severely injured survivors of the Las Vegas shooting is finally back home after nearly a year-long recovery.

Rosemarie Melanson's husband Steve posted an update on her recovery Wednesday night. The Facebook post said "It's official. Rosemarie is home today" along with a picture of the mother of four.

Melanson was shot during the Route 91 Harvest Festival. The bullet hit her torso but also ruptured her lung, esophagus, stomach, spleen and liver.  She has spent the majority of the last year in the hospital and underwent her 12th surgery earlier this month

"I'm excited because it's not that far away and I want to be fixed for good, but at the same time there is still that doubt," Melanson said about her recovery back in August.

The post did say Rosemarie suffered some minor complications after her last surgery but is now recovering. The family said as they approach a year since the tragic night they will not be looking back but instead celebrating Rosemarie's recovery.