A man had to make a tough choice when debating whether to break Nevada law to rescue a dog out of a vehicle. 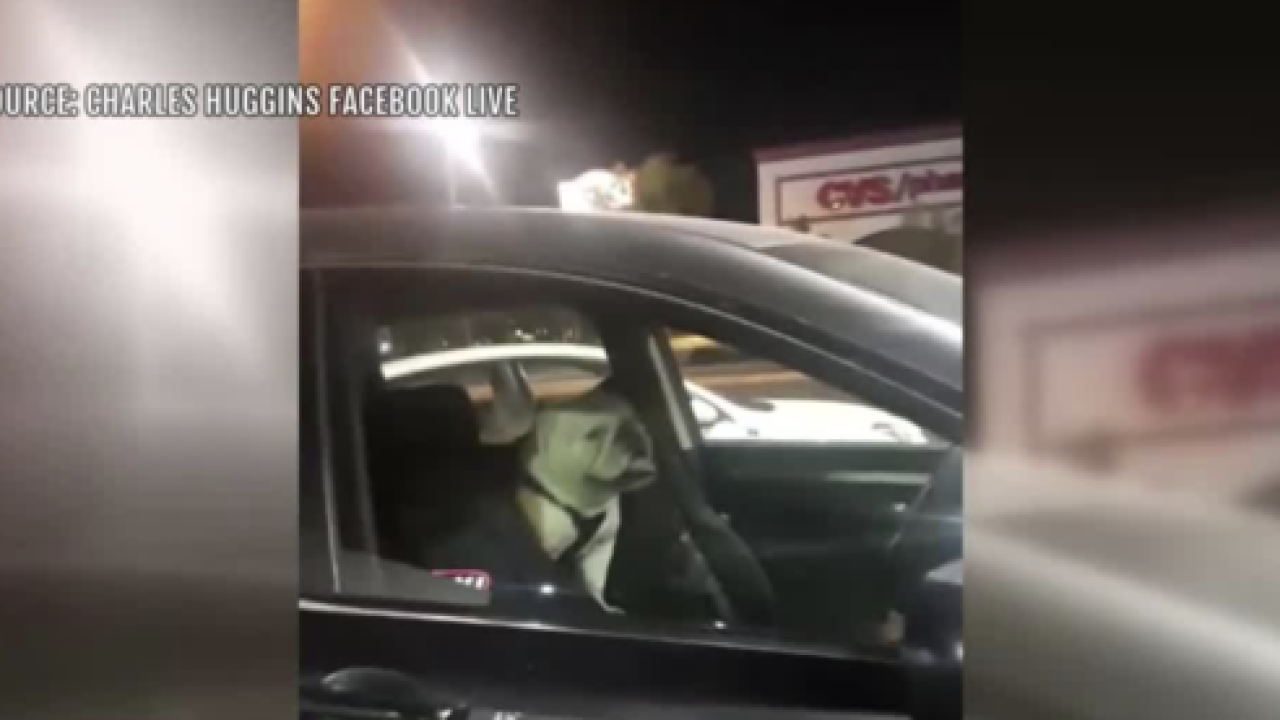 With the extreme heat warning ahead, it's important to remember how crucial it is not to leave your kids and your pets in a hot car.

Charles Huggins was leaving the gym near Maryland Parkway and Karen Avenue in Las Vegas the other night when he saw an English Bulldog in a car with all the windows rolled up.

Huggins says he was outside for more than 30 minutes waiting for the dog's owner to come outside.

"This poor animal is just in there suffering," said Huggins.

Huggins took the advice of his Facebook friends and called 311 two times and went inside the gym and had an employee make an announcement over the loud speaker about the dog.

"I waited long enough and I didn't want to wait any longer cause I saw the dog was actually....when I went back to the car....he was laying on his side," said Huggins. "It looked like he was really in distress so I decided to go ahead and do something about it."

That's when Huggins walked over to a dumpster and found a piece of asphalt. He walked back to the car and smashed one of the back windows.

Nevada Law says if a child is in a hot car, anybody can smash a window to save the kid under the Good Samaritan Law. But when it comes to pets, only first responders and animal control officers can smash windows. Huggins knew that but felt he needed to smash the window anyway to save the dog's life.

The dog owner came out of the gym and drove off with his dog before police arrived on scene.