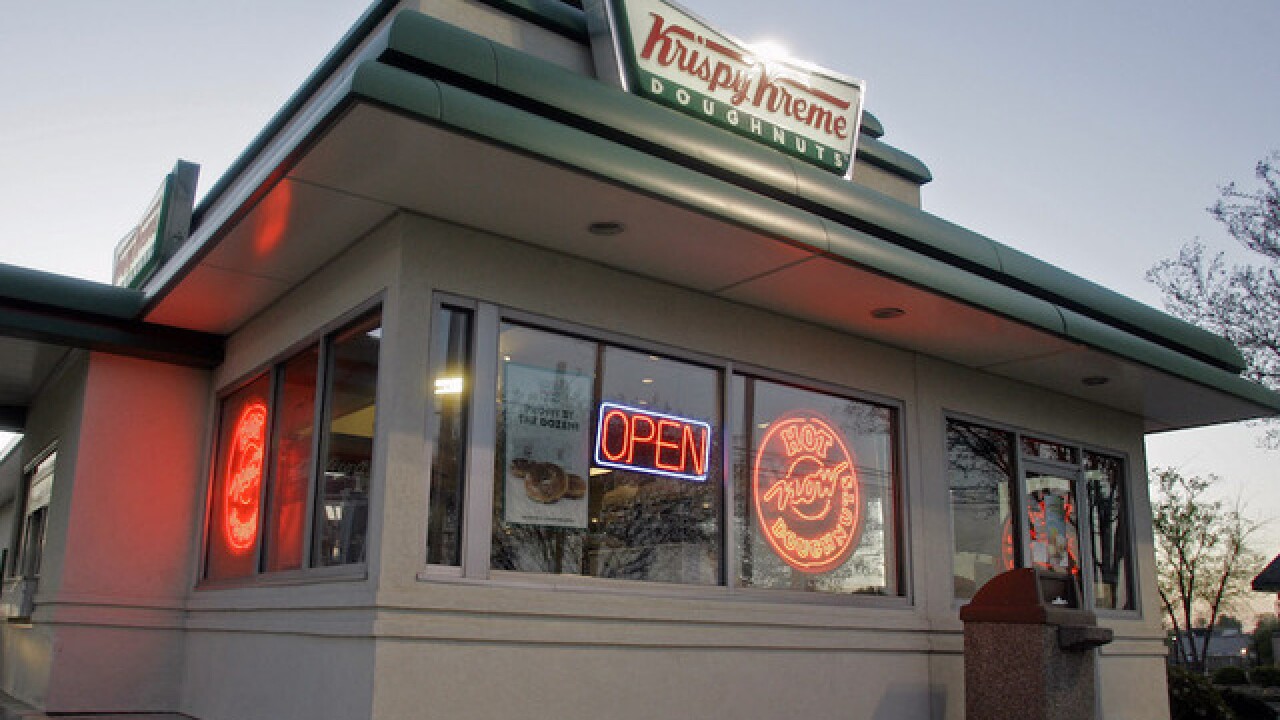 Copyright Associated Press
&lt;p&gt;A customer picks up doughnuts at the drive through at a Krispy Kreme store in Matthews, N.C. &lt;/p&gt;

Krispy Kreme is being sued for $5 million by a man who feels the company is swindling its customers by not using real fruit in its fruit-flavored doughnuts.

"However, unbeknownst to consumers, the 'raspberry products' uniformly do not contain any raspberries," the lawsuit alleges.

The lawsuit claims Saidian "suffered injury and lost money" as a result of Krispy Kreme's "misleading" practices. He said he is likely to buy the doughnuts in question again in the future "if they each were reformulated to include their premium ingredients."