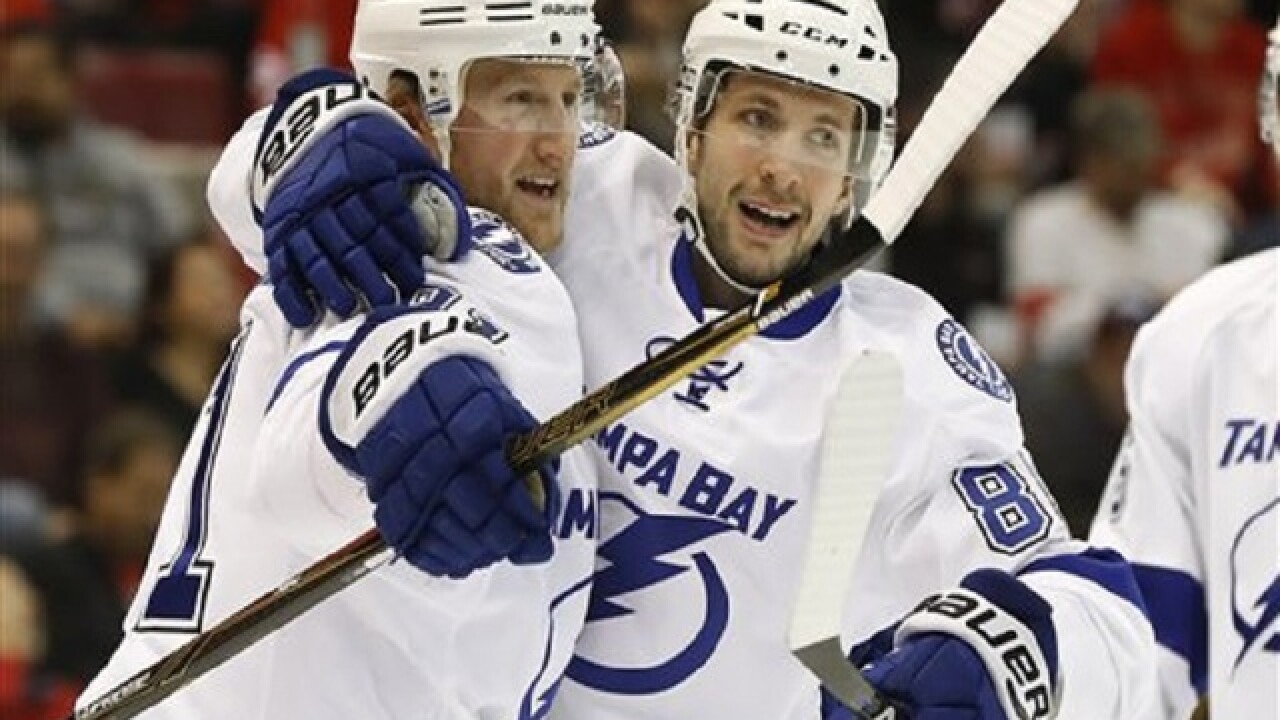 TAMPA, Fla. (AP) — Tampa Bay Lightning captain Steven Stamkos has a lateral meniscus tear in his right knee and will be sidelined indefinitely.
General manager Steve Yzerman announced the diagnosis Wednesday after Stamkos returned home for further evaluation of the injury the two-time NHL scoring champion suffered Tuesday night in a 4-3 victory over the Detroit Red Wings.
"We are in the process of evaluating options for repair and rehabilitation and will release more information as it becomes available," Yzerman said.
Stamkos, who last summer re-signed with the team that drafted him No. 1 overall in 2008 rather than testing free agency, scored his ninth goal against the Red Wings and leads the NHL with 20 points in 17 games.
The six-time All-Star center grabbed the back of his knee and limped off the ice to the dressing room after colliding with Detroit's Gustav Nyquist along the boards.
It's the third significant injury Stamkos has had over the past three years.
After helping Tampa Bay reach the 2015 Stanley Cup Final, he missed all but one game of last season's playoffs after undergoing surgery to remove a blood clot discovered near his collarbone. He also missed significant playing time three years ago, when he broke his right leg against Boston in November 2013 and was sidelined 45 games.
The 26-year-old cited loyalty, respect and the potential to win for years as major reasons for re-signing with the Lightning rather than testing free agency, where he likely would have commanded much more than the $68 million he's scheduled to earn over the next eight seasons.
Copyright 2016 The Associated Press. All rights reserved. This material may not be published, broadcast, rewritten or redistributed.