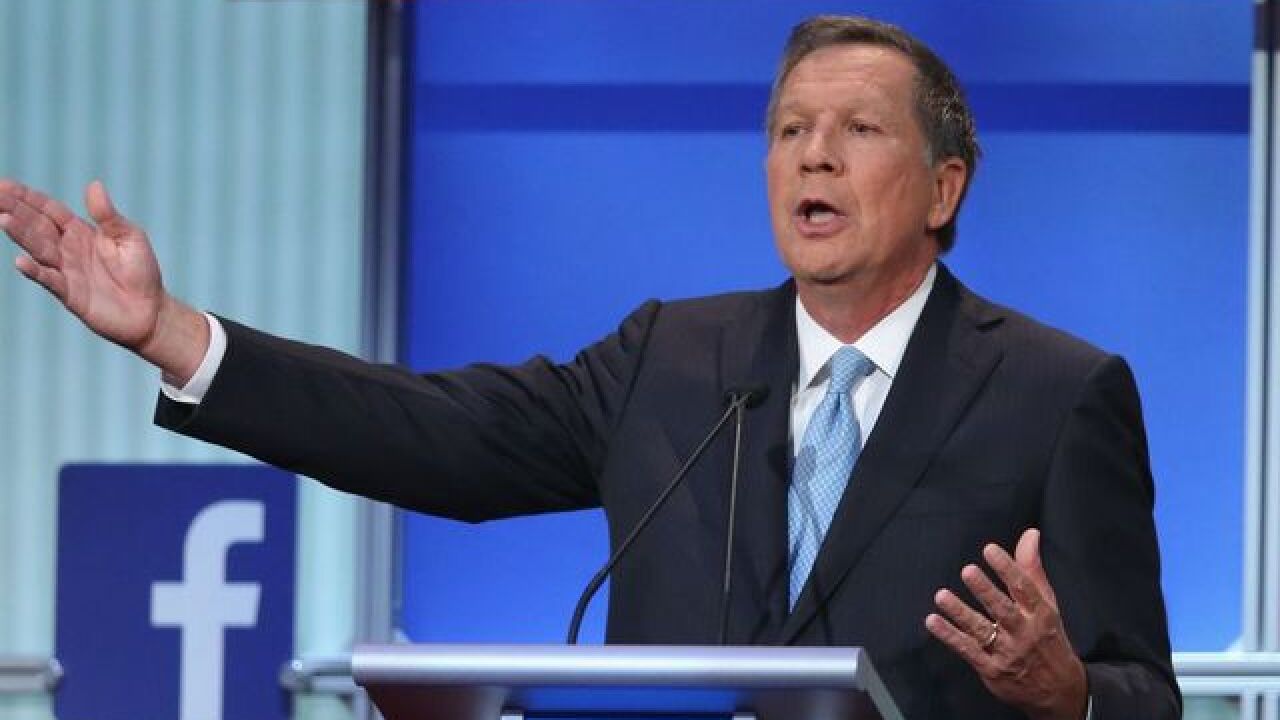 Speaking from his hometown of Columbus, Ohio Wednesday evening, Donald Trump's remaining GOP challenger in the presidential race John Kasich officially announced that he is withdrawing from the Republican nomination.

Kasich's departure leaves Donald Trump as the presumptive nominee of the Republican party. Trump will officially become the party's nominee in July at the party's convention in Cleveland.

Being a long-shot candidate from the beginning, Kasich, a second-term governor of Ohio, made it on the stage for every primetime debate during the primary cycle. At two previous instances, Kasich's campaign was backed into the corner. A second-place finish in New Hampshire and taking the winner-take-all state of Ohio kept Kasich's campaign alive.

But Trump continued to rack up dominating wins in the Northeast; states that many expected Kasich to do well in.

Kasich was aiming to appeal to the Republican Party's moderate wing. Kasich justified staying in the race for as long as he did due to a number of national polls showing him defeating Democratic Party front-runner Hillary Clinton. A CNN poll released Wednesday showed that Kasich would defeat Clinton in a hypothetical general election matchup by seven points. The same poll had Clinton defeating Trump by 13 points.

During his 16-minute speech from Columbus, Kasich said did not mention Trump by name. Kasich spent most of his address describing his personal experience on the campaign trail.

"The people of this country changed me," Kasich said. "They changed me with the story of their lives. We all remember that hug in South Carolina from that young man who had found despair and then found hope somehow, and he just wanted to give me a hug, and the country marveled. That was one of a serious of things that happened."

It appears Kasich's decision was one that was made this morning. Late last night, Kasich campaign staffers responded to GOP chair Reince Priebus' statement that Trump is the party's presumptive nominee. Those comments were made following GOP runner-up Ted Cruz bowing out of the race last night.

But moving forward with the campaign for the final nine contests would have been a challenge for Kasich given Trump's front-runner status.

This morning, Kasich was scheduled to hold an event at Dulles Airport near Washington. A gaggle of reporters arrived, only to hear that Kasich opted to cancel the press event in lieu of a press conference in Columbus.

Trump said he would consider Kasich as a possible running mate during an  interview with CNN's Wolf Blitzer.

"I think John is doing the right thing," Trump said. "I have had a good relationship with John. I think he will be very helpful."