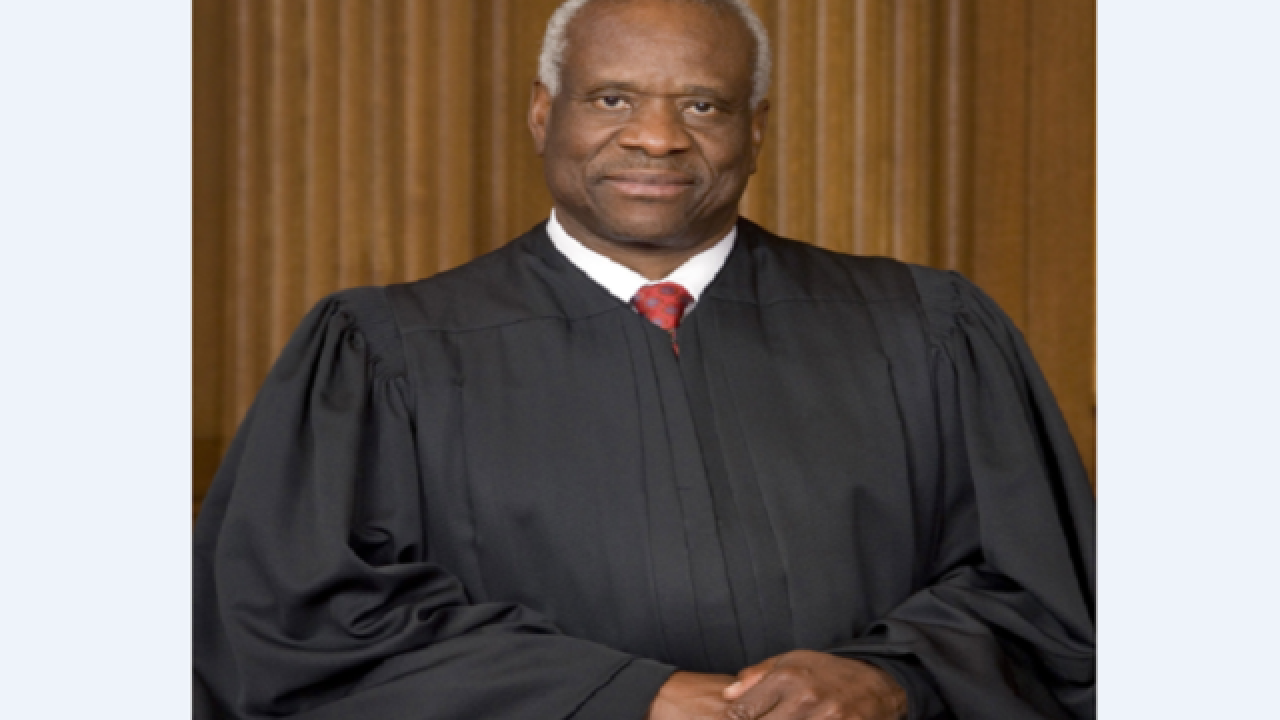 (CNN) -- Justice Clarence Thomas issued a temporary stay in the death penalty case of Ronald Smith, an Alabama death row inmate whose execution was scheduled for later Thursday evening.
The order is the latest of a flurry of unusual filings issued Thursday night by the Court that reflect its divisions on issues related to the death penalty.
At 8:37 ET Thursday night, the Court issued an order saying that it would allow Smith's execution to go forward. The order noted that four justices, Ruth Bader Ginsburg, Stephen Breyer, Elena Kagan and Sonia Sotomayor had voted to grant a stay of execution. But lawyers for Smith immediately filed a motion for reconsideration noting the 4-4 split and asking the justices to take another look at the case. It is that motion that prompted Thomas to grant a temporary stay.
The Court could rule on the motion at any time.
The Supreme Court normally provides little to no information about their reasoning behind emergency motions. Thursday's order raised questions concerning the fact that last month Chief Justice John Roberts agreed to provide a "courtesy vote" in a different case when the four liberals had voted to grant relief.
Smith was convicted in Alabama of the robbery and murder of Casey Wilson, a convenience store clerk.
Lawyers for Smith argue that although the jury rendered a verdict of life without parole, the trial court overrode the jury's verdict and sentenced Smith to death.
Smith argued in part that he should be given life without parole because Alabama's sentencing scheme is similar to that of Florida's which the Court struck down in an opinion called Hurst v. Florida.
Lawyers for Alabama argue that that the case should be allowed to proceed and stress that Hurst v. Florida has no retroactive application to Smith.
The-CNN-Wire
™ & © 2016 Cable News Network, Inc., a Time Warner Company. All rights reserved.
WPTV