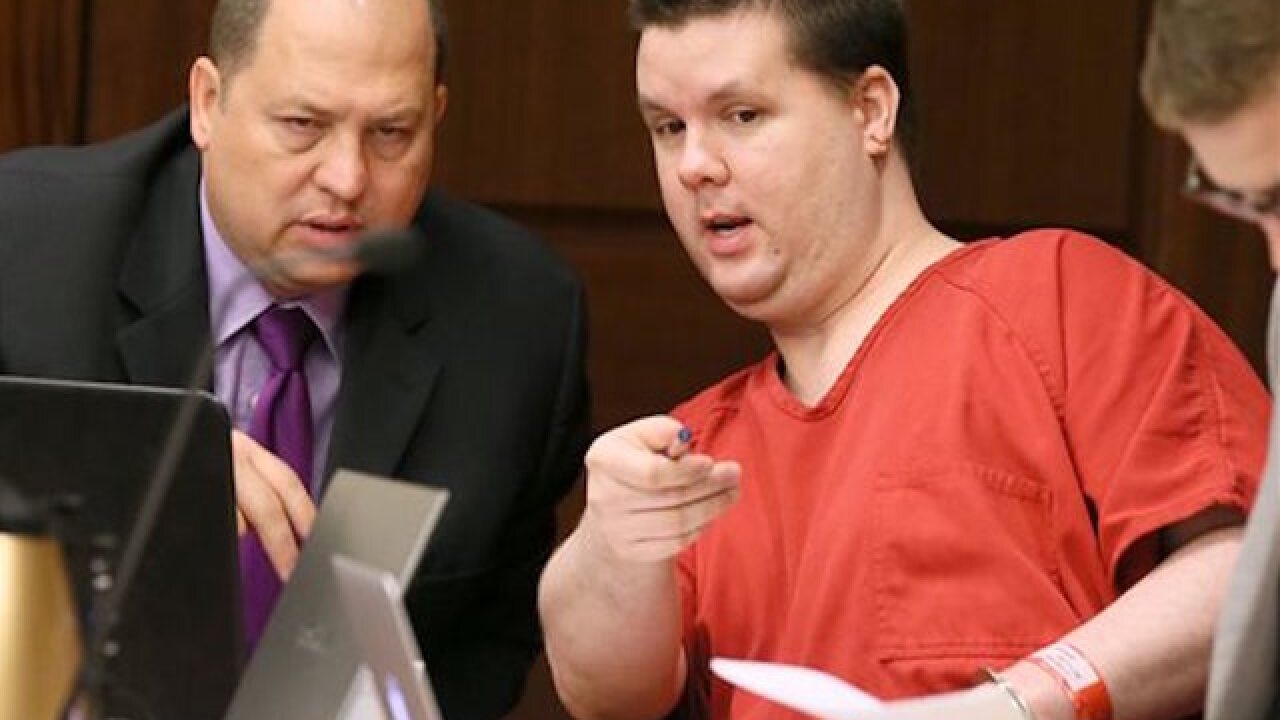 Marietta Daily Journal via AP
&lt;p&gt;In this Sept. 15, 2015 file photo, Justin Ross Harris, right, motions to a image on a laptop on the defendantís tables to one of his attorneys, T. Bryan Limpkin, as the pre-trial motion hearings continue in Marietta, Ga. The trial for Harris, accused of intentionally leaving his toddler son in a hot SUV to die is set to begin Monday, April 11, 2016. Harris is accused of leaving 22-month-old Cooper to die in June 2014. He's been held without bond since then on multiple charges, including murder. (Kelly J. Huff/Marietta Daily Journal via AP, Pool)&lt;/p&gt;

ATLANTA (AP) — Prosecutors and defense attorneys were set to begin their search Monday for the jurors who will consider whether a Georgia man intentionally left his son in a hot SUV to die.

Justin Ross Harris, 35, faces charges including murder in the June 18, 2014, death of his 22-month-old son, Cooper. Police have said the boy died after spending about seven hours in the SUV on a day when the temperature in the Atlanta area reached at least into the high 80s.

Prosecutors have painted Harris as a man unhappy and unfaithful in his marriage who sought an escape and intentionally left the boy to die. Defense attorneys have called the boy's death a tragic mistake that Harris will have to deal with for the rest of his life.

Harris is a native of Tuscaloosa, Alabama, and moved to Georgia in 2012 to work for Home Depot.

He was indicted in September 2014 on multiple charges, including malice murder, felony murder and cruelty to children. That indictment also includes charges related to sexually explicit exchanges prosecutors say Harris had with an underage girl.

The extensive local and national news coverage of the case from the beginning will make it extremely difficult to find jurors who haven't heard or read about it. Defense attorneys have already asserted in pretrial hearings that some of the media coverage has been sensationalist and misleading and could cause potential jurors to come in with a negative view of their client.

It's not necessary for a juror to have heard nothing about the case, said University of Georgia law professor emeritus Ron Carlson, who's not involved in the case but has followed it from the beginning.

"They may be informed about the case, but the disqualifier is that that knowledge has caused them to form a fixed opinion about guilt or innocence," he said.

The fact that Cobb County District Attorney Vic Reynolds chose not to seek the death penalty will save some time. The lawyers won't have to go through and eliminate people who are opposed to capital punishment and those who would automatically impose a death sentence for a murder conviction if given the option, Carlson said.

The defense will be looking for jurors who understand that something can be a mistake, even if it has a tragic outcome, said David Weinstein, a defense lawyer and former federal prosecutor in Miami who's not connected to the case. They'll also be looking for people who won't think that having made some bad choices in his life means he intentionally killed his son, Weinstein said.

The prosecution will likely talk to jurors about the difference between an accident and something that's intentional and will also probably try to find people who believe circumstantial evidence is sufficient for a conviction, Weinstein said. Prosecutors will also want to weed out anyone who might be sympathetic to the fact that Harris has lost his child, he said.

Ultimately, jury selection is extremely important for both sides, as it's their chance to make a first impression on jurors.

"The purpose of jury selection is supposed to be to find out if you can select enough fair and impartial jurors to try the case just on the facts that you're presenting to them in the courtroom and that they're people who will follow the law," Weinstein said. "What it really is is an opportunity for both the prosecution and the defense to indoctrinate the jury as to their theory of the case from the first minute they meet them."