Jury: Man guilty of manslaughter in death of ex-NFL player 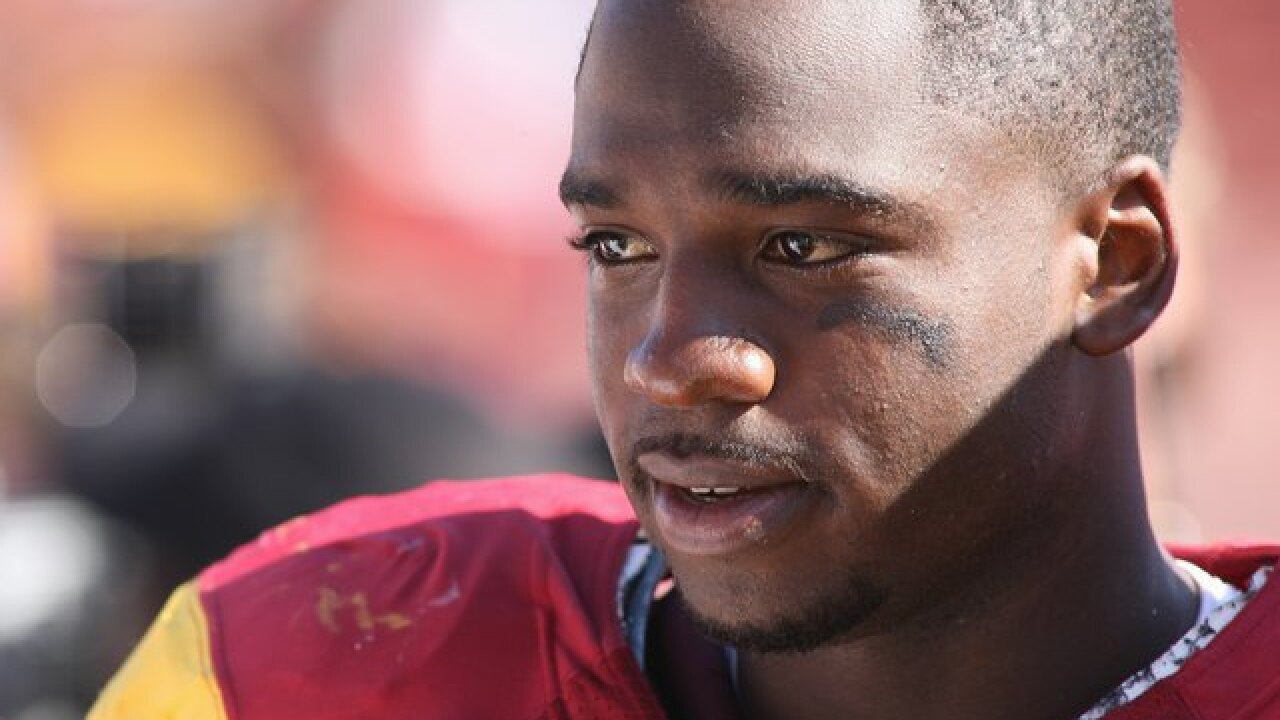 Copyright Getty Images
&lt;p&gt;&lt;b&gt;Joe McKnight&lt;/b&gt;, 28 — Died: Dec. 1, 2016 — A star college football player who spent three seasons in the NFL, McKnight was said to be an idol to young athletes that followed him in his native Louisiana. McKnight's high school football career was legendary in Louisiana and he followed it with a strong playing career at USC before a tenure as running back for the New York Jets. He most recently played in the Canadian Football League. McKnight was shot and killed near New Orleans in an apparent road-rage incident. The man who killed McKnight was charged with manslaughter.&lt;/p&gt;

GRETNA, La. (AP) — The man who killed NFL running back Joe McKnight in a December 2016 road-rage confrontation was found guilty of manslaughter Friday by a jury in suburban New Orleans.

Ronald Gasser, 56, had been charged with second-degree murder, which carries a life sentence. Manslaughter carries a sentence of anywhere from zero to 40 years. State District Judge Ellen Kovach set a March 15 sentencing date.

Jefferson Parish District Attorney Paul Connick said in a news release that justice was served. His assistants who tried the case told reporters they respect the verdict and added that the McKnight family was pleased with it.

Defense attorney Matthew Goetz said he would appeal. "We're obviously disappointed with the verdict," he told The New Orleans Advocate as he left the courthouse.

Jurors began deliberations Friday afternoon in the case. Defense attorneys had claimed Gasser feared for his life when he fired from his driver's seat at McKnight, who was standing at his open passenger-side window.

Police said the death had followed a 5-mile (8-kilometer) rolling confrontation that began with dangerously aggressive driving on a New Orleans bridge and ended with McKnight being shot as he stood outside Gasser's car at a suburban intersection.

Prosecutors didn't deny that McKnight drove dangerously before he was killed. "We do not dispute that he was driving like a jerk," Assistant District Attorney Seth Shute told jurors in closing arguments, alluding to witness testimony that McKnight weaved in and out of traffic, cutting Gasser and others off, at high speed.

But Shute said Gasser escalated the danger, taking McKnight's driving as a challenge. "Mr. Gasser thought that Mr. McKnight had thrown the gauntlet down," Shute told jurors, later adding, "He followed him off the exit. That was not his exit."

Shute acknowledged that McKnight had a hand on the open, passenger side window of Gasser's car before he was shot. But he said physical evidence proved Gasser lied during extensive police questioning when he claimed McKnight lunged at him. He cited the lack of gun powder on McKnight's body as evidence that McKnight wasn't close to Gasser. "Joe McKnight was not lunging," he added, citing autopsy results. "There would be a hole in his deltoid muscle if he was."

Assistant District Attorney Shannon Swaim summed up the case by telling jurors that Gasser was the aggressor as the incident drew to a close. But even if he wasn't, she added, Gasser was not justified in firing.

Swaim gave the final rebuttal after Goetz said Gasser wasn't pursuing McKnight down the exit that day but simply taking an alternate route.

Gasser did not seek a confrontation at the traffic light where McKnight exited his own vehicle and walked up to Gasser's passenger window. Louisiana law allows the use of lethal force by someone who believes someone entering his or her home or car is a threat. "What do you think he was doing when he went to the window, inviting him to tea?"

McKnight was considered the No. 1 running back recruit in the country when he came out of John Curtis Christian School in Louisiana in 2006. He signed with the University of Southern California, where he ran for 2,213 yards and 13 touchdowns and caught 66 passes for 542 yards and two scores in three seasons.

In the NFL, he played three seasons for the New York Jets and one with the Kansas City Chiefs. He spent a season in the Canadian Football League, playing two games for the Edmonton Eskimos and three for the Saskatchewan Roughriders.

He was shot Dec. 1, 2016. Gasser never left the shooting scene and was initially freed after more than eight hours of questioning.

Gasser's release sparked protests at the time, and some said race played a role in his release — Gasser is white and McKnight was black. Jefferson Parish Sheriff Newell Normand, who has since retired, angrily denied that race played any role in the case and said a thorough investigation led to the arrest. Prosecutors later recounted a painstaking effort including an extensive search for witnesses and physical evidence that eventually led to Gasser being charged.