Judge tells hung jury to go back and reach decision in case of cop who shot, killed driver 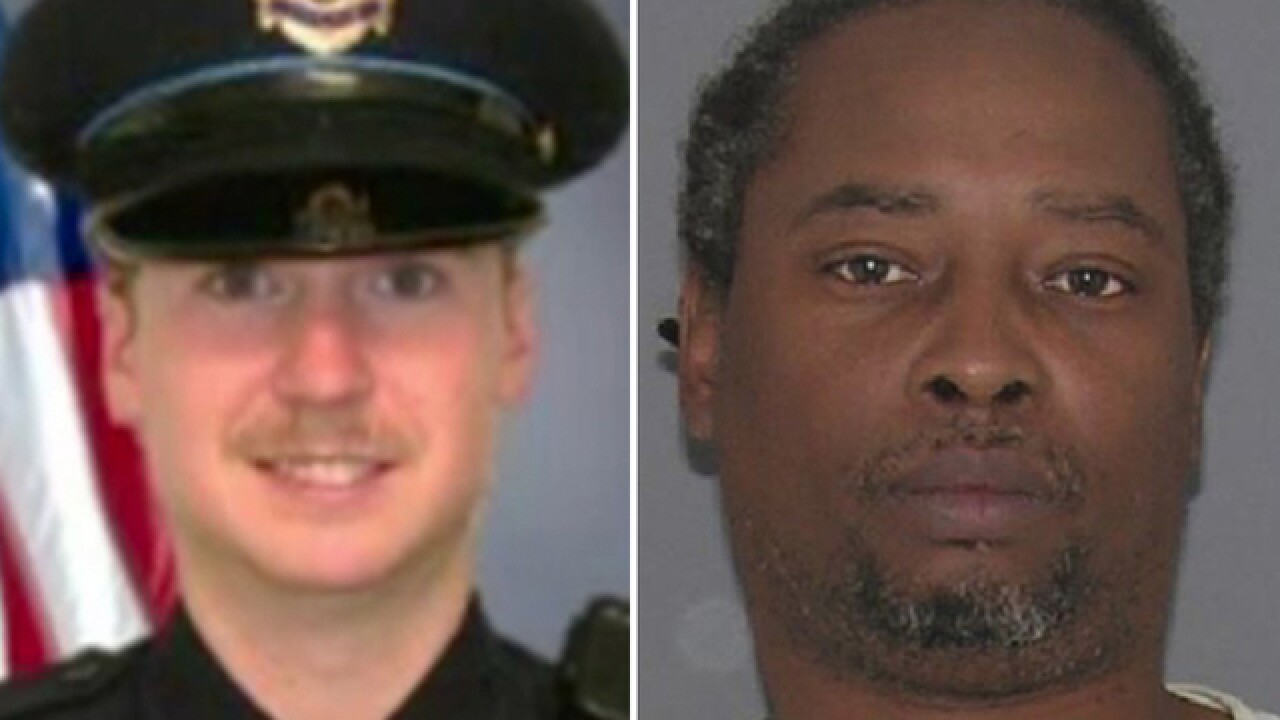 The judge presiding over a case in which a white former police officer is on trial after he shot and killed a black man during a traffic stop told jurors to go back and come to a decision after they declared a hung jury.

The case is happening in Cincinnati, Ohio, where ex-police officer Ray Tensing is on trial. He shot and killed Sam DuBose in 2015, and the jurors have seen this body camera that was recording during the incident.

Read complete coverage of the trial at WCPO.com/TensingTrial

In closing arguments earlier this week, Hamilton County Prosecutor Joe Deters said the former University of Cincinnati officer realized he had to change his story in the face of "overwhelming evidence" that he was not being dragged by DuBose's car when he fatally shot him during a 2015 traffic stop.

That's why Tensing said "it was his perception he was dragged" when Tensing testified on the stand Tuesday, Deters said in his rebuttal.

Deters said the defense presented nothing in its case to disprove the prosecution and instead threw "red pepper" in the jurors' eyes to try to hide the truth.

"So now we're down to perception of reality. 'I perceived I was being dragged.' Give me a break," Deters said. "The defense uses word games like 'stop the threat.' Let's cut to the chase."

Deters seemed especially annoyed after defense attorney Stew Mathews suggested that Tensing meant something else when he said he was "dragged."

"Mr. Deters said there was no evidence that Ray Tensing was dragged, but that kind of depends on your definition of 'dragged,'" Mathews said in his closing.

Mathews said most people think of "dragged" as being moved "from here to here."

"Dragged also means the start of being dragged," he said. He said when the car started to move, Tensing was being dragged. He said Tensing just used the wrong words to describe it.

"Maybe a better term would have been 'thrown off balance,' " Mathews said.

Deters compared that to Bill Clinton asking what the definition of "is" is during the Monica Lewinsky sex scandal.

Deters said the prosecution's frame-by-frame analysis of Tensing's body camera video proved – beyond a reasonable doubt – that Tensing wasn't being dragged and had nothing to fear from DuBose that would justify shooting him.

"Thank God for the body camera," Deters said. "He (Mathews) claims Mr. Tensing was dragged.  It never happened.  He said he had to stop the threat.  There never was one.  Even Mr. Tensing in the overwhelming face of obviousness of the video where it’s clear he isn’t dragged now has changed his story."

Deters said the video "exposes Tensing's lies" about what happened in the split seconds before, during and after  the shooting. Deters said the video analysis and the deputy coroner's testimony about the downward path of the bullet refuted the defense's claims and proved that Tensing purposely killed DuBose. If so, that would fulfill the requirement for convicting Tensing of murder. Tensing also faces a lesser charge of voluntary manslaughter.

Before closing arguments, local defense attorney Carl Lewis told WCPO why a murder conviction might be hard to get.

"I think people are going to struggle with the murder (charge) – if it was a purposeful killing. But if he truly, truly believed the car was going to run him down and take his life, I think he might have bought himself a struggle on manslaughter. I think he might walk on the murder," Lewis said.

Assistant prosecutor Mark Piepmeier, who gave the prosecution's closing, explained to the jury that because Tensing was using "an affirmative defense" - "I was justified. I had to do it" - the defense had to prove it to win acquittal.

Piepmeier said the jury would consider the murder charge first.

"If all 12 of you are not unanimously convinced, then you would go to voluntary manslaughter."

He said that meant proving that Tensing fired "in the heat of the moment," in the belief he was in danger of death or serious bodily harm.

"Don't take the easy way out," Piepmeier told the jury.Tensing's attorney said the prosecution entered the subject of race in the case because "when you don't have a good case, you create a smokescreen."

Mathews said Deters was trying to paint Tensing as a racist by questioning him about his record of giving the highest number of citations on the UC force – with more than 82 percent to black motorists. He also questioned why the prosecution submitted Tensing's T-shirt with a Confederate flag emblem into evidence.

"Why didn't they enter his underpants?" Mathews said.

Tensing is white, DuBose was black. The jury consists of two blacks and 10 whites.

Remembering the riots that followed a police shooting here in 2001 and more recent instances in other cities, officials have opened the Cincinnati-Hamilton County Regional Emergency Operations Center, signaling the city is preparing for whatever follows the verdict. It is typically used for emergencies and natural disasters.

There have been small, peaceful demonstrations outside the courthouse each day since jury selection began two weeks ago. They usually involved fewer than a dozen people.

DuBose's family and Black Lives Matter Cincinnati organizers say they won't be satisfied with anything less than a murder conviction.

A murder conviction carries a sentence of 15 years to life. Voluntary manslaughter is three to 11 years.