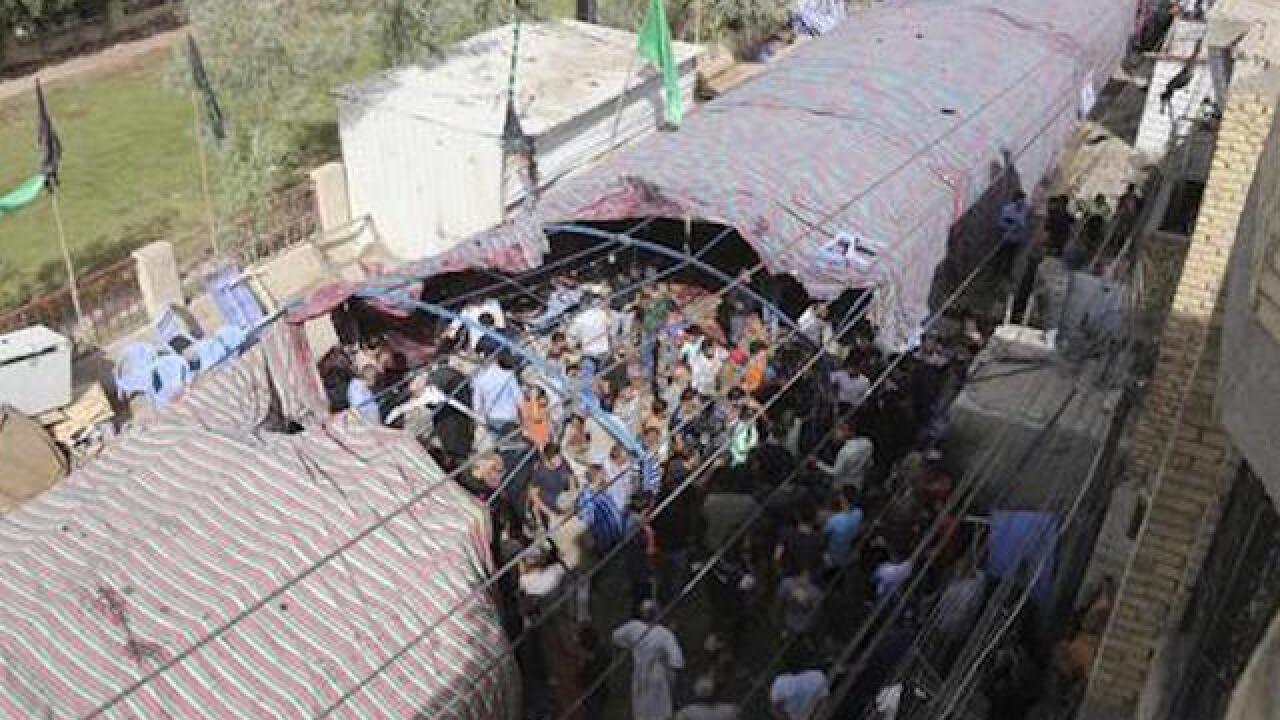 The attack in the Shaab neighborhood occurred around lunchtime, the officials said, speaking on condition of anonymity because they were not authorized to brief the media. The Islamic State group claimed responsibility in a statement carried by its Aamaq news agency.

Hussein Khazem, the owner of a nearby clothing warehouse, said the bomber detonated his payload inside a funeral tent, causing a big explosion.

He saw a large number of killed and wounded people, many burning cars and major damage to the local market. The dead included elderly people, children, and some women. He said he closed his shop to help evacuate the wounded and remove the bodies.

"The security situation is not good at all," he said. "These big incidents are happening again, especially in the poorer residential neighborhoods."

Iraq has seen several bombings in recent months, though most have had lower death tolls than Saturday's attack. In July, a massive car bomb in central Baghdad's popular shopping district of Karradah killed about 300 people and forced the resignation of the interior minister.

The U.S. State Department condemned Saturday's "barbaric" attack, calling it yet another sign of the IS group's "cowardice and contempt for human life and their attempt to sow sectarian discord among the people of Iraq."

Saturday's attack comes as Iraqi security forces are preparing for an operation to retake the militant-held northern city of Mosul, the country's second largest, from IS.

"All the troops are ready, now they are just waiting for the order from the prime minister," said Maj. Gen. Najim al-Jobori, the head of Nineveh operations command and one of the top Iraqi generals overseeing the Mosul operation.

"The head of the snake is Mosul," he said. "I think ISIS knows this is the end of ISIS in Iraq," he added, referring to IS by another acronym.

The Mosul operation is expected to be the most complex yet for Iraq's military, which is still rebuilding from the humiliating defeat it suffered when the city fell to IS more than two years ago. Some 30,000 troops are expected to take part in the battle.