Instead of a comedian, White House Correspondents' Association enlists author as speaker 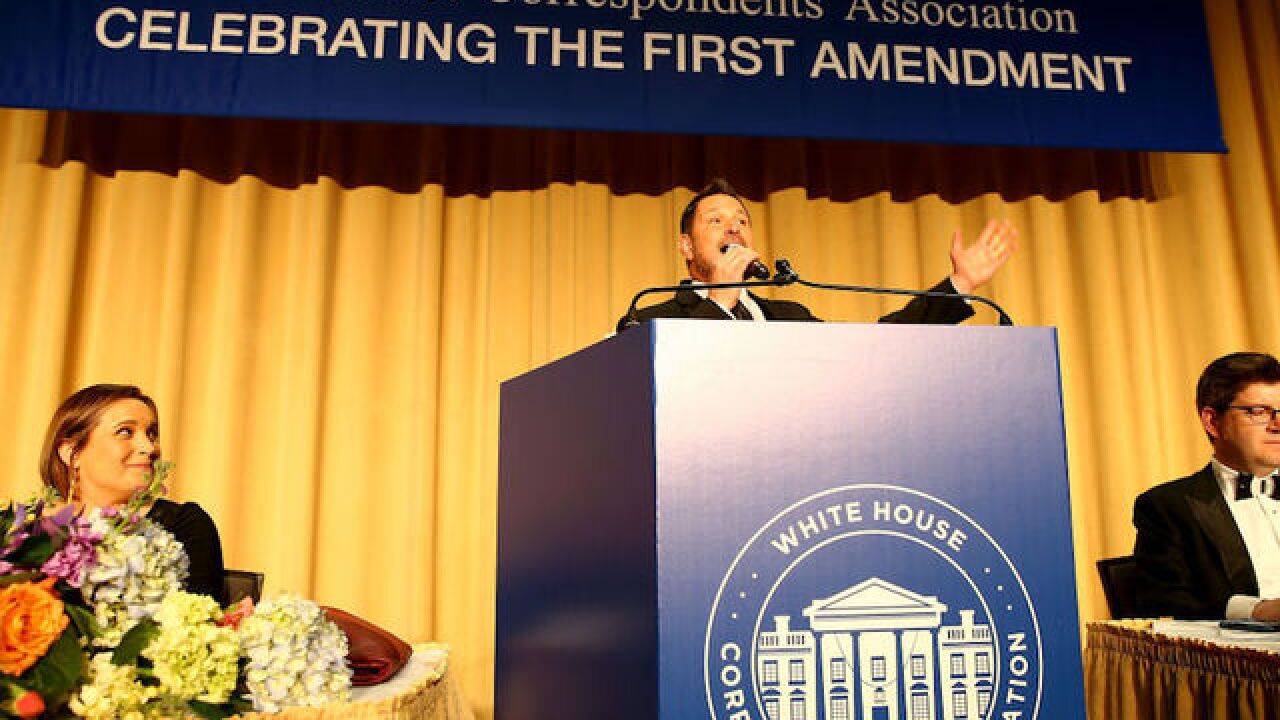 Image copyright 2018 Getty Images. All rights reserved. This material may not be published, broadcast, rewritten, or redistributed.
&lt;p&gt;Ty Herndon sings at the 2018 White House Correspondents' Dinner at Washington Hilton on April 28, 2018 in Washington, DC.&lt;/p&gt;

The White House Correspondents' Association is shelving its tradition of having a comedian roast the president and the press corps at its annual fundraising dinner.

Instead, the famed author Ron Chernow will "share his lively, deeply researched perspectives on American politics and history at the 2019 White House Correspondents' Dinner," the association's president Olivier Knox said.

Knox made the announcement on Monday. For several months, he had been leaning against inviting a comic, and he had been conferring with other members about the change.

President Trump has snubbed the event two years in a row, and there is little reason to believe that he will attend next dinner, which is scheduled for April 27, 2019.

The dinner is a key date on Washington's social calendar. But its meaning has changed amid constant attacks on the media and increasing political polarization. Booking Chernow instead of a stand-up performer is a recognition that the annual dinner changes dramatically when the president isn't there.

So the association had to rethink things.

Historically, Knox told CNN earlier this year, "when the president comes, the program's center of gravity naturally tilts toward the president." After he speaks and ribs the press corps, the featured comedian serves as the counter-balance. But with the president absent, the dinner has a different, more combative feel.

Knox and the association's board members are trying to change that.

"As we celebrate the importance of a free and independent news media to the health of the republic, I look forward to hearing Ron place this unusual moment in the context of American history," Knox said in a statement on Monday.

Chernow is the author of six books, including best selling titles about Alexander Hamilton and George Washington. The Hamilton biography inspired Lin-Manuel Miranda's Broadway hit musical "Hamilton," and Chernow served as a historical consultant on the production.

Chernow said in a statement, "The White House Correspondents' Association has asked me to make the case for the First Amendment and I am happy to oblige. Freedom of the press is always a timely subject and this seems like the perfect moment to go back to basics. My major worry these days is that we Americans will forget who we are as a people and historians should serve as our chief custodians in preserving that rich storehouse of memory. While I have never been mistaken for a stand-up comedian, I promise that my history lesson won't be dry."

Comedienne Michelle Wolf spurred debate about the dinner format when she performed at last April's dinner.

Some attendees loved her set, while others cringed at some parts of it.

Afterward, Trump allies claimed that the jokes proved the press corps' hatred of Trump. Trump tweeted that the dinner was "embarrassing" and the event is "dead."

The correspondents' association -- which did not vet her monologue ahead of time -- expressed regret that the controversy over the jokes overshadowed the dinner's First Amendment message.