How a secret millionaire left her mark on 3 Ohio nonprofits

'It was a tremendous gift in every sense' 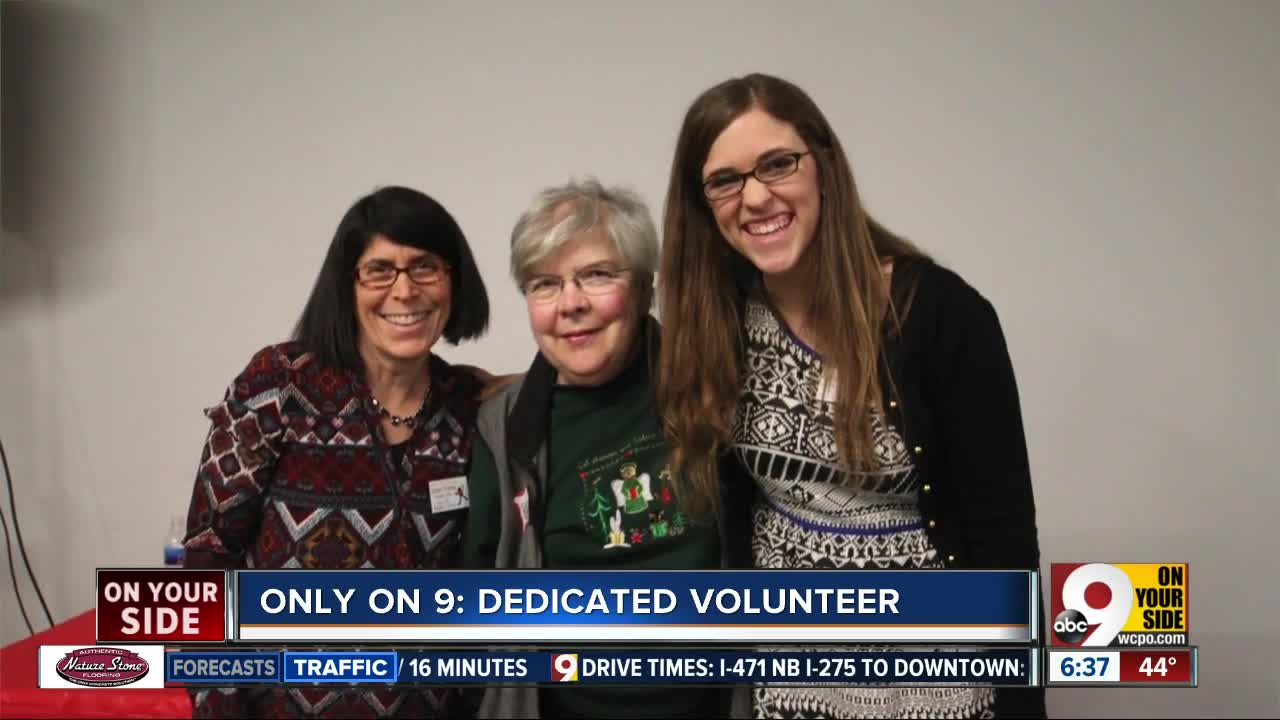 Barbara Ebel was a quiet woman who kept to herself. She filled her life with church travel and volunteering. But Ebel had a secret. 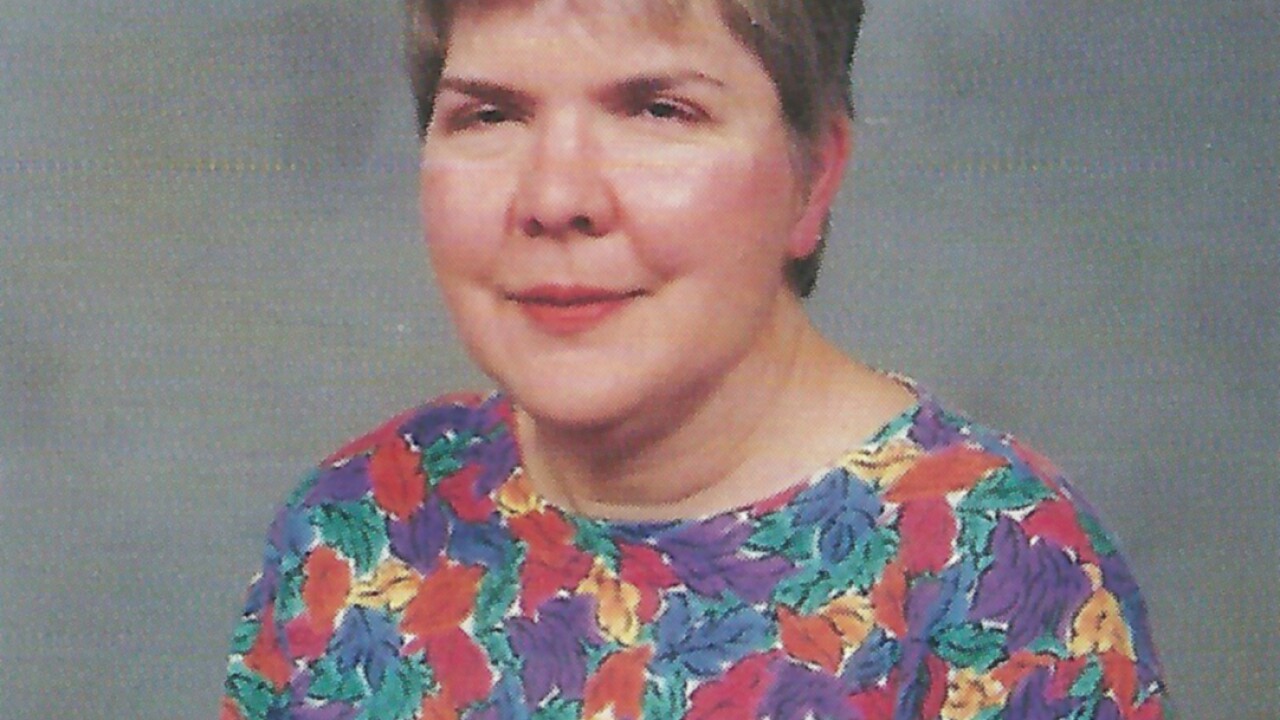 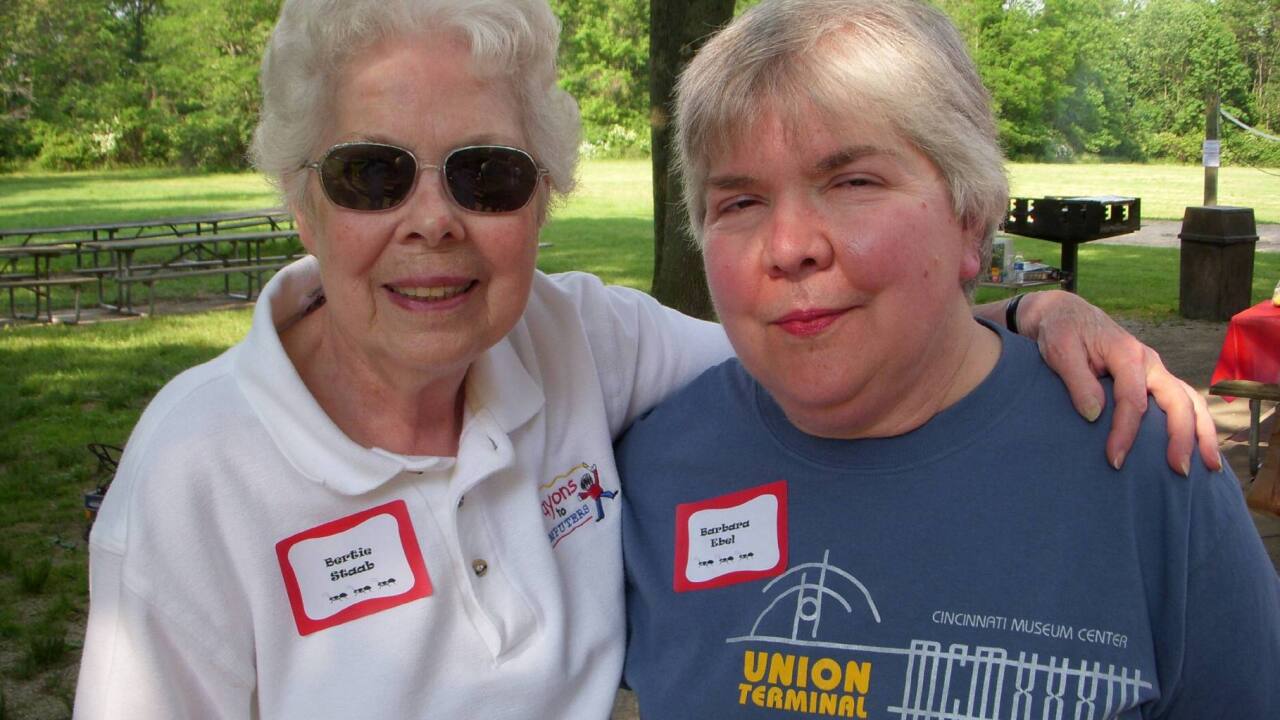 CINCINNATI, Ohio -- Every week for 17 years, Barbara Ebel drove from her modest Ohio home to a nondescript building to volunteer for Cincinnati Museum Center.

She cataloged thousands of historical items at the Geier Collections & Research Center, tucked behind a worn wooden desk with a boxy radio as her trusty companion.

“I often referred to Barb as the sun because she was just as dependable as the sun,” said David Conzett, the Museum Center’s long-time curator of historical objects and fine art who retired in December. “I think she enjoyed the solitude of it. She could concentrate and listen to Ira Flatow on Friday afternoons.”

Ebel was a quiet woman, by all accounts, who kept to herself. A former teacher and AT&T retiree, she never married or had children. Like so many retirees in Greater Cincinnati, she filled her life with church, travel and weekly volunteering.

But Ebel had a secret.

Unbeknownst to Conzett -- or anyone else she knew through her volunteer work -- Ebel was a millionaire.

Her friends found out only after she died suddenly at the age of 71 and left nearly 90 percent of her estate to three local nonprofits: Crayons to Computers, Cincinnati Museum Center and CET.

Each organization has received more than $1 million from Ebel so far -- with no strings attached -- and the only thing left is to sell her house.

“This was far and away the biggest gift we’ve ever received,” said Amy Cheney, the CEO of Crayons to Computers. “It was a tremendous gift in every sense.”

And a tremendous surprise to those who thought they knew her.

“I had no idea,” said Martha Ewalt, a Crayons to Computer volunteer who worked alongside Ebel on Thursday afternoons for five years. “I was shocked.”

So who was Barb Ebel?

Nothing about the way Ebel dressed, lived or presented herself gave any indication that she had wealth.

She lived in the same one-story brick house where she grew up. Built in 1946, the house has four bedrooms, one bathroom and no air-conditioning, according to the Hamilton County auditor’s office. It was appraised at $70,340 in 2017.

Ebel typically wore dark pants and a white blouse or a polo shirt on days she volunteered at Crayons to Computers, and she never wore much jewelry.

“Barb kept it simple,” said Sarah Westrich, who was the organization’s volunteer coordinator when Ebel volunteered there. “Nothing flashy. We always could count on her to celebrate the holiday season with a fun or funky pin or bright-colored socks. But other than that, she was really just an understated person.”

Conzett was struck by the way Ebel carried herself, he said.

“She was not very tall, and she always kind of had her head down,” he said. “Just kind of this very determined gait that she had, like she knew what she was here for and that’s what she was going to do.”

Ebel was so unassuming that even after volunteering for years for the Museum Center, many staff members had no idea who she was, Conzett said.

“They’d see her walk through, and even though she’d been here for 17 years, they’d say, ‘Who’s that?’” he said. “She was just very quiet, very shy. But at the same time, a good friend. She would become a good friend.”

As quiet as Ebel was, though, Sue Ellen Stuebing, CET’s chief development officer, suspected she might be in a position to contribute to her favorite nonprofits after her death.

That’s because Ebel started giving to CET back in 1999 and gave each year faithfully.

“A lot of times that indicates that you might be a possible planned-giving donor because you’re a loyal donor,” Stuebing said.

Jeans, sweatshirts and chilling with penguins

“I started calling all our major donors, people giving $1,000 or more,” she said. “She loved the programming, and she also loved the literacy efforts, our educational efforts in the community. But she also really enjoyed the history programming.”

Stuebing began taking Ebel out to lunch to commemorate her birthday, which was in January, and sometimes in the summer or fall, too. She always let Ebel pick the restaurant.

“We talked about planned giving,” Stuebing said. “Usually over sandwiches. Simple. Nothing extravagant or extraordinary. Nothing that has matched this gift.”

And while Stuebing talked to Ebel every time about the importance of remembering her favorite organizations in her estate planning, Ebel never hinted she would do that.

“I was really surprised,” Stuebing said. “When I talked to her over the years about just her interest and possibly leaving a legacy to the charities she loved, she never said anything. She just listened.”

The gift ranks among the top five CET has ever received, Stuebing said.

“And you would have never known,” she said. “A lot of the philanthropic women might wear a lot of jewelry or clothes that all have labels. But she was always in maybe a pair of sweats or maybe a pair of jeans or a sweatshirt.”

Ebel did enjoy traveling, and she took trips all over the world.

“She was in the middle east. She went to Europe, Italy, and even Antarctica. That was one of her last trips, Antarctica,” Conzett said. “She really wasn’t a person who was afraid of anything.”

In the week or two before Ebel left for Antarctica, though, Conzett remembers she seemed anxious.

“She said, ‘Well, they said when the ship gets down there, we’re going to get off the ship and get on an ice flow and see penguins.’ I said, ‘Yeah?’ And she said, ‘I just don’t think I can climb down one of those nets.’”

Conzett laughed as he recalled the exchange.

A bad fall and quick decline

As quiet as she was, Ebel did have a sense of humor.

“I definitely think of her as a chuckler,” said Westrich, who now is director of programs for Crayons to Computers. “The Thursday group in general, they would crack jokes about the more nutty teachers we had.”

Ebel was a regular presence at the Crayons volunteer events and holiday gatherings. One year she even dressed as Flo from Progressive for Halloween.

“She really felt a part of this group of people, of this community,” Ewalt said.

The Crayons to Computers community tried to look out for her, too.

Westrich said another couple of volunteers offered to take Ebel to a doctor’s appointment when she began to have health problems.

Ebel eventually accepted the ride but did not invite them into her home afterwards.

“She was very private,” Westrich said.

Conzett got the impression Ebel was trying to keep her health problems under wraps.

“She would never say anything that she was feeling bad,” he said. “There was one day I remember her coming across the courtyard outside, and I saw her stop and kind of throw out her arms and catch herself.”

“It was later that I found out that she had fallen over here in the building but never said anything to anyone,” he said.

A few weeks after Conzett saw Ebel in the courtyard, she fell in the parking lot and hit her head.

Conzett made sure she went to the hospital, he said, and ended up spending much of the day there with her.

Ebel stayed in the hospital for about a month, he said. She died a few days after her release while attending a luncheon.

Ebel’s older brother, Charles Ebel, notified the three nonprofits that his sister had left them some money.

He told them at first that he thought the bequests might be worth several hundred thousand dollars, Cheney said.

“The initial gift in the hundreds of thousands of dollars still blew us all away. But Charlie kept indicating there were other assets tied up and there was more to come,” she said. “We just could have never dreamed it was such a large amount.”

The other two nonprofits had a similar experience.

When Conzett found out the amount would top $1 million, he said, “I think I laughed. I thought, ‘Barb!’ I didn’t know she had that wherewithal.”

At the same time, he said he was not surprised by Ebel’s generosity.

“She was that kind of person,” he said. “She was very giving, very generous, very kind.”

Her generosity will mean something different at each organization.

CET added the money to its endowment, Stuebing said.

“In 2009 we merged with Think TV, and we had about $3 million in our endowment. Today, because of the generosity of Barbara and many others, we have close to $11 million,” she said. “It’s just made us so much more financially sound.”

The Museum Center is using Ebel’s gift to rebuild some of its history exhibits, said CEO Elizabeth Pierce.

“She took great care of a lot of things so being able to put all of those objects back on display as soon as possible is one of the key parts of getting our history museum energized again,” Pierce said.

Crayons to Computers used some of the money to make much-needed repairs to its Bond Hill headquarters, Cheney said.

But most of it went into a revolving fund that will allow the organization to purchase school supplies when the prices are lowest instead of having to wait until grant money comes through.

“It gives us the ability and flexibility to buy it when we need it,” she said.

In the coming weeks, the organization also will include an article about Ebel in its annual report, Cheney said. The plan is to frame that and hang it up in the store near where Ebel volunteered for all those years.

“She might be a little embarrassed by this," Cheney said. "But Charlie knew her, and he put it out there."

Beyond that, Cheney said she hopes others will hear Ebel’s story and see themselves in it.

“It really comes down to that: what do you care about, and what kind of legacy do you want to leave?” she said. “That’s the whole point – taking care of each other.”

There’s something about the way Ebel did that, Pierce said, that reflects the place she called home.

“I think it’s classic Cincinnati,” she said. “A testament to frugality and community engagement.”

This story was originally published by Lucy May and Jay Warren at WCPO.