House to vote on bipartisan cannabis banking bill this month 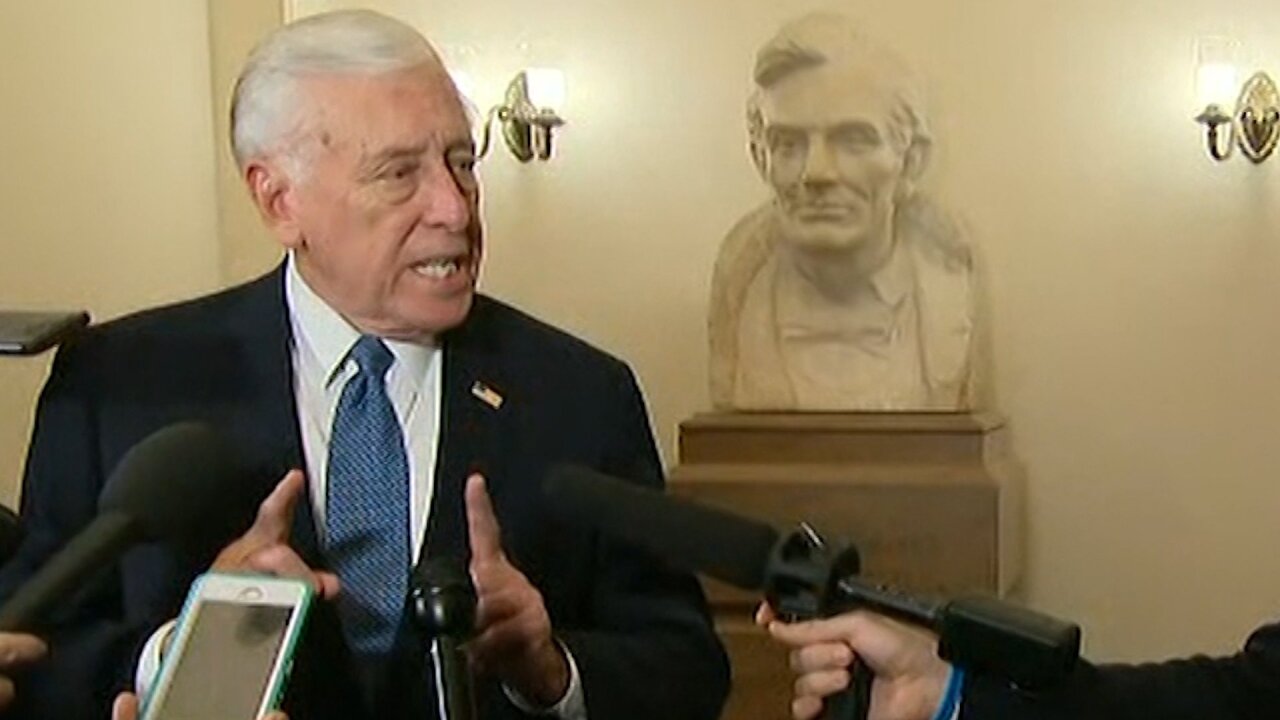 CNN/CNN
House Majority Leader Steny Hoyer intends to bring the SAFE Banking Act to the House floor for a vote this month, his office confirmed to CNN.

(CNN) -- The House will vote later this month on a bipartisan bill that will allow cannabis businesses access to the federal banking system.

House Majority Leader Steny Hoyer intends to bring the SAFE Banking Act to the House floor for a vote this month, his office confirmed to CNN.

Hoyer announced at the whip meeting Thursday on Capitol Hill that he would like to advance the legislation, according to his office.

"We're discussing it with members, but it hasn't been scheduled just yet," Mariel Saez, a spokesperson for Hoyer, told CNN via email.

The SAFE Banking Act would provide protections for banks that work with marijuana companies since the substance is still illegal under federal law, despite several states having legalized medical or recreational marijuana.

The House Financial Committee voted 45-15 in favor of the bill in March. In May, when movement on the bill had stalled, a bipartisan group of attorneys general from 33 states and five territories urged Congress to pass it.

Green Bits, a group that has been advocating for the bill, praised Hoyer's move.

"Any legislation that allows federally regulated financial institutions to enter the cannabis sector will be a huge step forward," said Hiro Taylor, director of business development at Green Bits. "For the sector to reach its full potential responsibly, all players in it, including federal and state governments, need to be able to operate with greater transparency, efficiency, and safety regarding payments. A bill that helps to instill those qualities into the sector is very much needed."

Marijuana Moment was the first to report that the vote would be this month.

A companion bill in the Senate, introduced by Democratic Sen. Jeff Merkley of Oregon and Republican Sen. Cory Gardner of Colorado, has yet to be voted out of the Senate Banking Committee.

The committee, however, held a hearing in late July on the challenges faced by the cannabis industry in banking, and considered the SAFE Banking Act.

Committee Chair Mike Crapo, who does not support the federal legalization of marijuana, told Politico he would hold a vote on cannabis banking legislation, but he left open whether he would work off the SAFE Banking Act.

"We're working to try to get a bill ready," the Idaho Republican said in an interview published Thursday. "I'm looking to see whether we can thread the needle."

He added, "We may craft our own bill or we may work with them to craft any amended legislation."

Gardner said he looked forward to working with Crapo and Merkley to solve the issue.

"The Banking Committee hearing in July helped to clarify the challenges created by the dysfunctional approach our nation has taken to cannabis, and I'm glad the committee is taking a serious look at this issue I've been working to resolve for years," Gardner said in a statement from his office.

"Sen. Merkley is looking forward to having a Senate vote on this important issue soon, and is grateful to Chairman Crapo for moving the process forward," Martina McLennan, a spokesperson for Merkley, said in a statement provided to CNN.

McLennan said Merkley hopes the committee will use the work he and Gardner have done "as the starting point for any debate and vote in the Senate."

Democratic Rep. Ed Perlmutter of Colorado, who introduced the House bill, said he welcomes Crapo's "commitment to resolve the banking conflicts that have been created by the misalignment in state and federal law on the issue of cannabis."

CORRECTION: This story has been updated to reflect the month the House Financial Committee approved the bill.