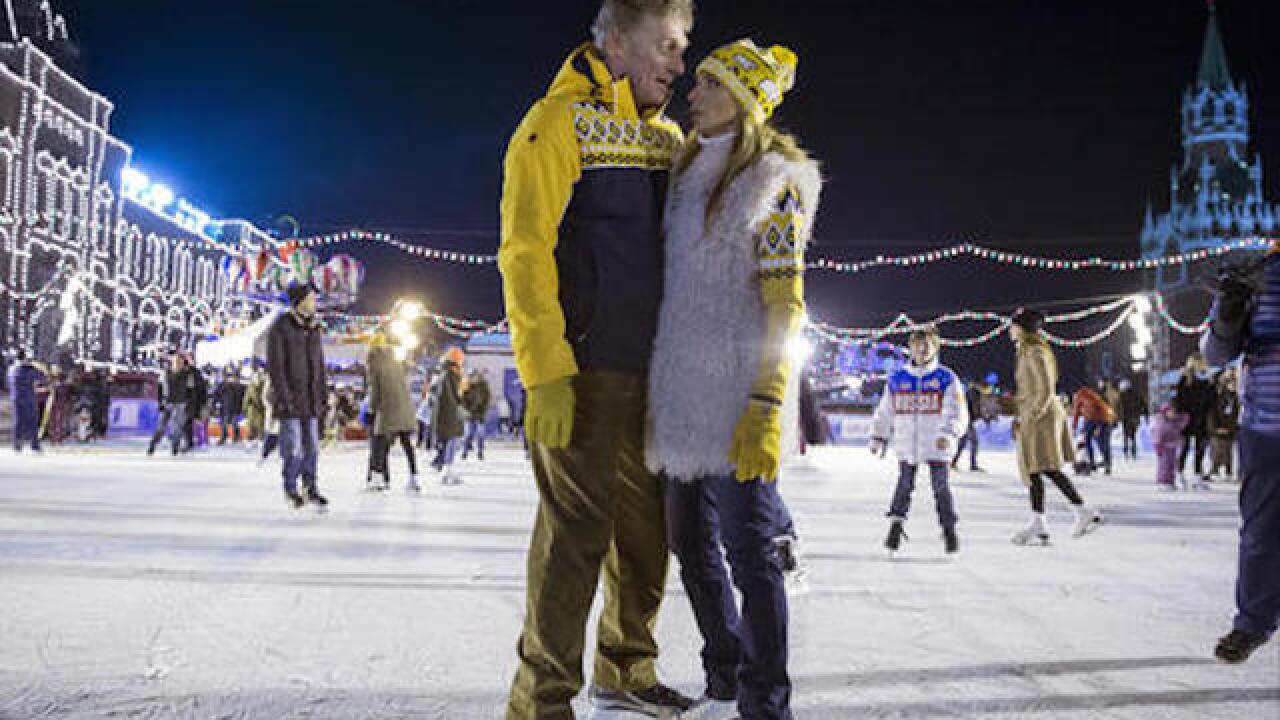 MOSCOW (AP) — Tatiana Navka, a former Olympic ice dancer, and her on-ice partner have caused controversy by dressing up in concentration camp uniforms for a dance routine on a popular television show.

Their routine, which aired on state-owned Channel One, was based on "Life is Beautiful," the Academy Award-winning Italian movie about a Jewish father who pretends for the sake of his small son that their internment in a Nazi camp is just a game.

Navka and Burkovsky told Russian media on Sunday that it was their way of paying homage to Holocaust victims.

Their dance sparked outrage in Israel.

"Motifs from the Holocaust are not for parties, not for dance and not for reality (TV)," Israeli Culture Minister Miri Regev told Israeli Army Radio on Sunday.

"Not one of the 6 million danced and a concentration camp is not a summer camp," Regev added, referring to number of Jewish dead.

While some Russians were indignant at what some saw as mockery of the memory of the dead, others posted messages of support on Navka's Instagram account, saying that the dance brought tears to their eyes.

The routine was choreographed by 2002 Olympic silver medalist Ilya Averbukh, who is Jewish.

Averbukh, who said in a 2012 interview that he "had problems" in his childhood because of his Jewish name, stood by the Holocaust-themed dance.

"This routine is my idea," Averbukh, who is also Ice Age's chief producer, told Komsomolskaya Pravda on Sunday. "I have done a lot of routines on the war and Jewish themes, there were very different characters."

Russia's top officials including President Vladimir Putin have honored Holocaust victims and have spoken against attempts to justify the crimes of Nazis or their allies.

The Holocaust-themed routines are not new to sports.

In 1996, France's synchronized swimming team had to scrap its program which depicted the arrival of Jewish women in the death camps and their final march to the gas chambers, following an intervention by the French sports minister. The routine was also based on a movie and set to music from Steven Spielberg's "Schindler's List."