Hollywood reacts to the loss of Carrie Fisher 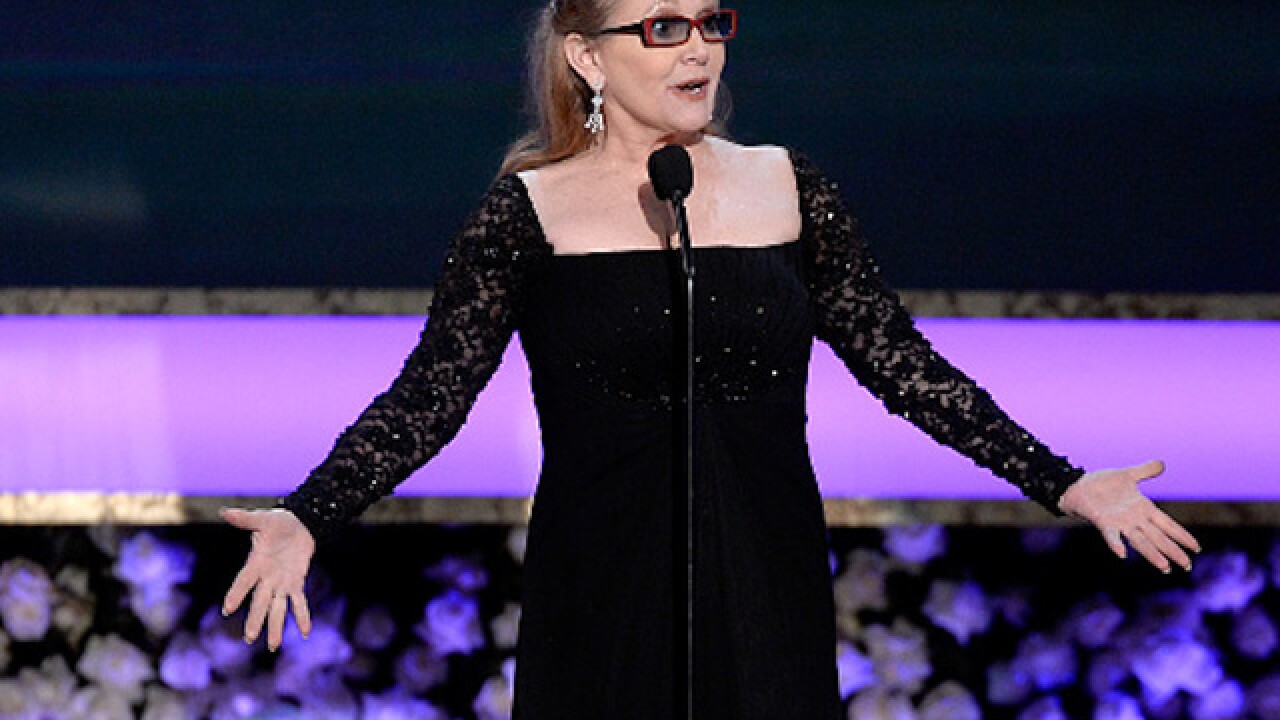 2016 claimed another titan of entertainment on Tuesday, as Carrie Fisher died at the age of 60 following a medical emergency she suffered on an airplane on Dec. 23. Hollywood and the worldwide Star Wars community quickly took to social media to remember the woman who brought Princess Leia to life and inspired.

Saddest tweets to tweet. Mommy is gone. I love you @carrieffisher

Mark Hamill, Luke Skywalker himself, said he was "devastated" by the loss.

Billy Dee Williams, who played Lando Calrissian in the Star Wars films, tweeted that the "force was dark today."

I'm deeply saddened at the news of Carrie's passing. She was a dear friend, whom I greatly respected and admired. The force is dark today!

Anthony Daniels, the voice of C-3PO, tweeted on Christmas Eve that his only Christmas wish was for Fisher to recover. On Tuesday, he shared his grief with the world.

I thought I had got what I wanted under the tree. I didn't. In spite of so many thoughts and prayers from so many. I am very, very sad.

Dozens of other actors, comedians and writers also weighed in to share stories about how Fisher touched their lives.

Sadness and thoughts for icons of my time. RIP #CarrieFisher#georgemichael

Carrie Fisher has passed, she was funnier&smarter than anyone had the right to be. Sail On Silver Girl. Condolences Debbie & Billie
R.I.P.

I'm deeply saddened to learn of the death of Carrie Fisher. I will miss our banterings. A wonderful talent & light has been extinguished.

A photo posted by Anna Kendrick (@annakendrick47) on

I'm sitting in stunned silence learning of the death of #CarrieFisher. In what has been a particularly sad year this may be the hardest. RIP

We are so, so sad to hear about the passing of Carrie Fisher. To us, she is royalty. RIP, General. :pray::heart: pic.twitter.com/LPKeiPNtUx

May the force be with you always
... pic.twitter.com/mOx3RwFl6e