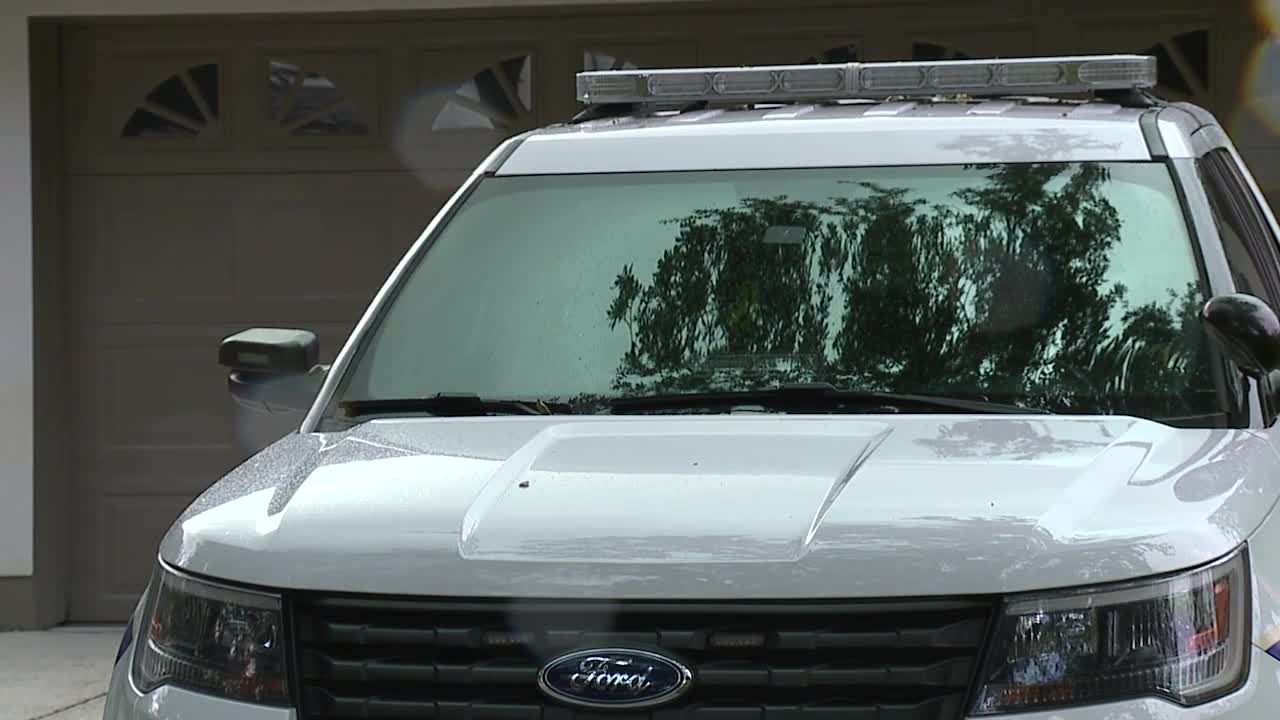 A Clearwater police officer is facing an ultimatum in her East Lake neighborhood: Stop parking her marked police cruiser in her driveway, or pay hundreds of dollars in violation costs. 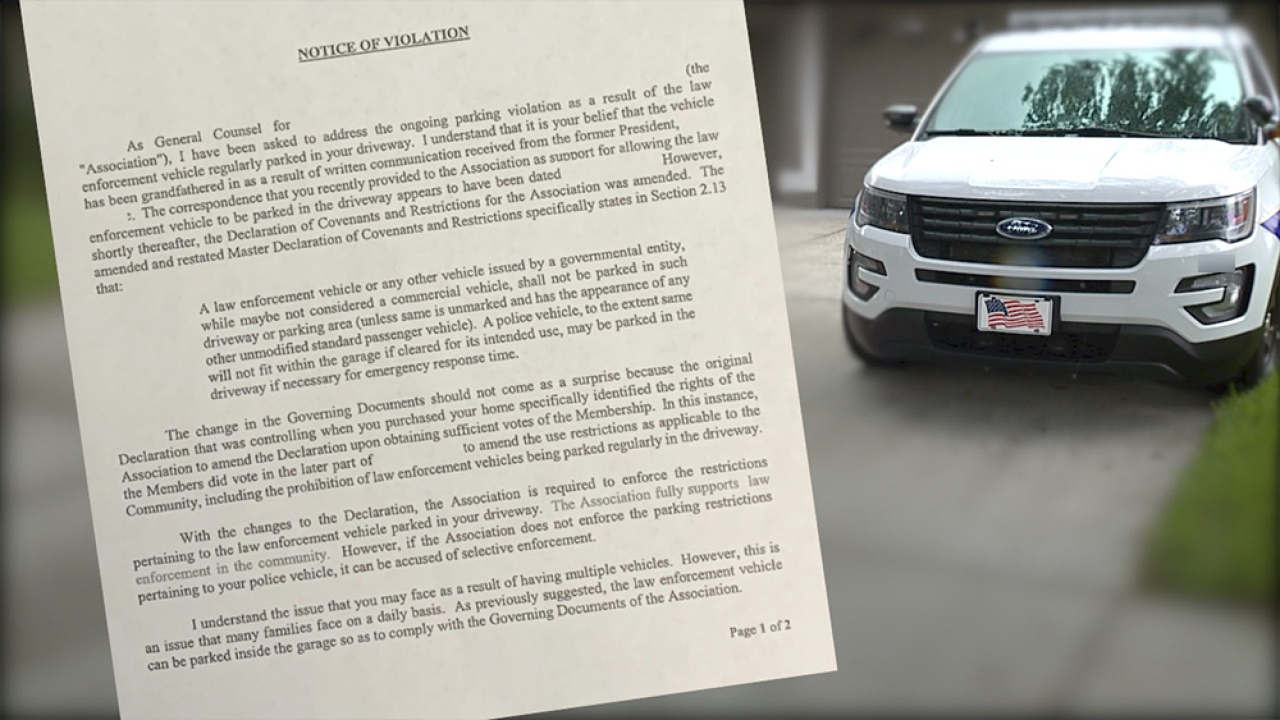 EAST LAKE, Fla. -- A Clearwater, Florida, police officer is facing an ultimatum from her East Lake, Florida, home owners association: Stop parking her marked police cruiser in her driveway or pay hundreds of dollars in fines.

"The first thought is, is it a joke? Like this is the most absurd thing I’ve ever heard of,” said Dan Parri, a family friend speaking on behalf of the officer and her husband who is also in law enforcement.

“Every place that I’ve ever lived, if I had a police cruiser parked next to me, I felt safer,” he said.

Florida law says home owners associations can prohibit commercial vehicles from parking in driveways but an opinion issued in 2005, by then State Attorney Charlie Crist says a law enforcement vehicle is not considered commercial.

"They don’t have that vehicle for the purpose of profit,” Parri said.

The officer lives in the East Lake Woodlands neighborhood, which has an HOA called Cross Pointe. Cross Pointe, which is managed by Holiday Isles, agrees the cruiser is not being used for commercial purposes, but said government vehicles are also prohibited from parking in the community's driveways.

The Clearwater Police Chief, Dan Slaughter, has come to his officers defense sending a statement late Tuesday: "The actions of this association to changing the rules is disappointing to say the least. If you are going to change the rules on them, it seems logical to provide a grandfather clause that the association will honor. Not a grandfather clause they changed their mind on honoring.”

"Maybe there are bad rules sometimes,” said Parri. “You don’t enforce those rules, you change those rules!”

Parri says the family deals with tragedy every day within out community and says what’s happening to them isn’t right.

"We just hope that they can come home to their family and just live their lives but it’s like now they are being harassed by this association,” he said.

Chief Slaughter added in his statement, "The community has demanded officers be dedicated community servants and respond, day or night, to emergencies. This officer and her spouse have served her community admirably. When Irma hit our community, they put their kids on a plane to relatives because they both had to work during the storm recovery.”

The HOA said that it will no comment on this situation, but passed a request for comment on to its attorney.

Both Slaughter and Parri plan to talk with local and state leaders to demand change so HOA’s can’t go after first responder vehicles in driveways.

This article was originally written by Heather Leigh for WFTS .