He had money for a birthday trip to Disney World. He used it to help Hurricane Dorian evacuees 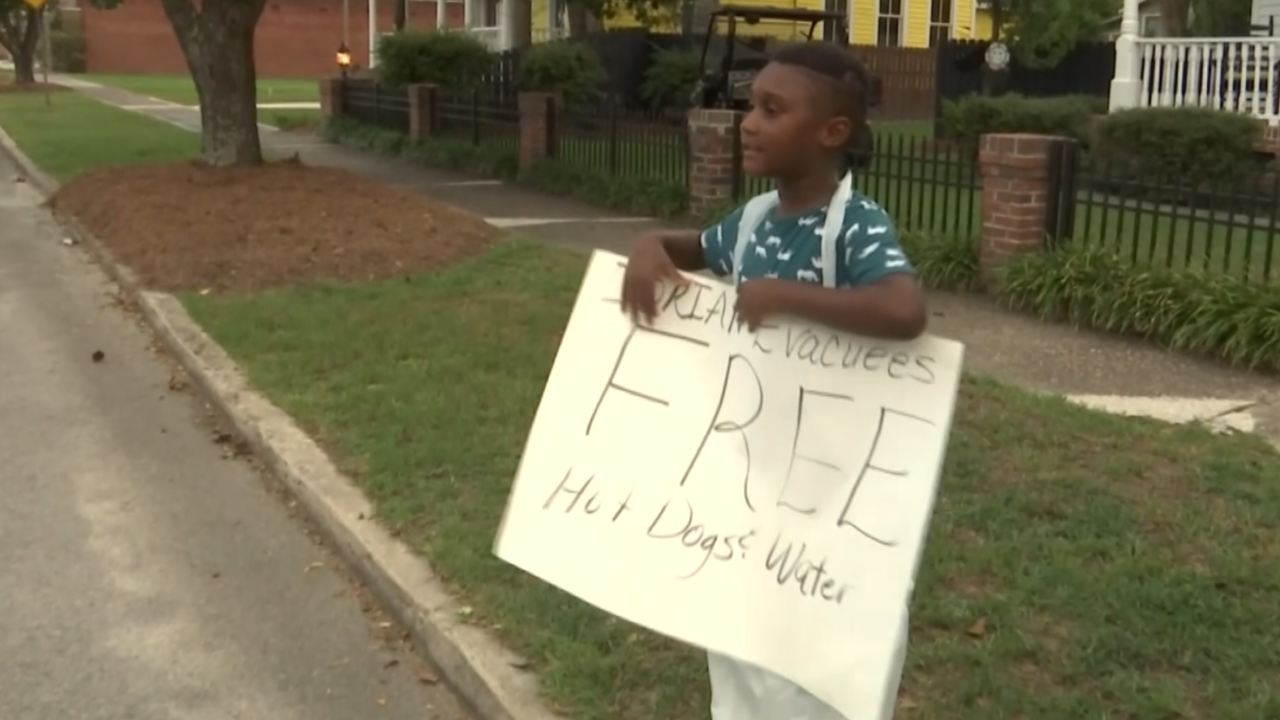 Jermaine Bell was saving up to go to Disney World for his birthday. But as Hurricane Dorian approached, the 6-year-old decided he wanted to use the money elsewhere.

The South Carolina boy saw people starting to evacuate because of Hurricane Dorian and decided they needed to be fed — and he would be the one to do it.

"The people that are traveling to go to places, I wanted them to have some food to eat, so they can enjoy the ride to the place that they’re going to stay at,” Jermaine told WJBF.

He took his birthday money and spent it on hot dogs, chips and water in lieu of a trip to Disney World, serving coastal South Carolina evacuees along Highway 125 in Allendale.

"I wanted to be generous and live to give," Jermaine said.

She helped her grandson hand out the food to people as they evacuated and witnessed the little boy's bigger message in action.

"He actually even prayed for a family while they were here, in reference to their house being OK when they got back, so that was really tear dropping," she told WJBF.

Grant added that the experience also showed Jermaine how much he has to be thankful for as his birthday approaches on September 8.