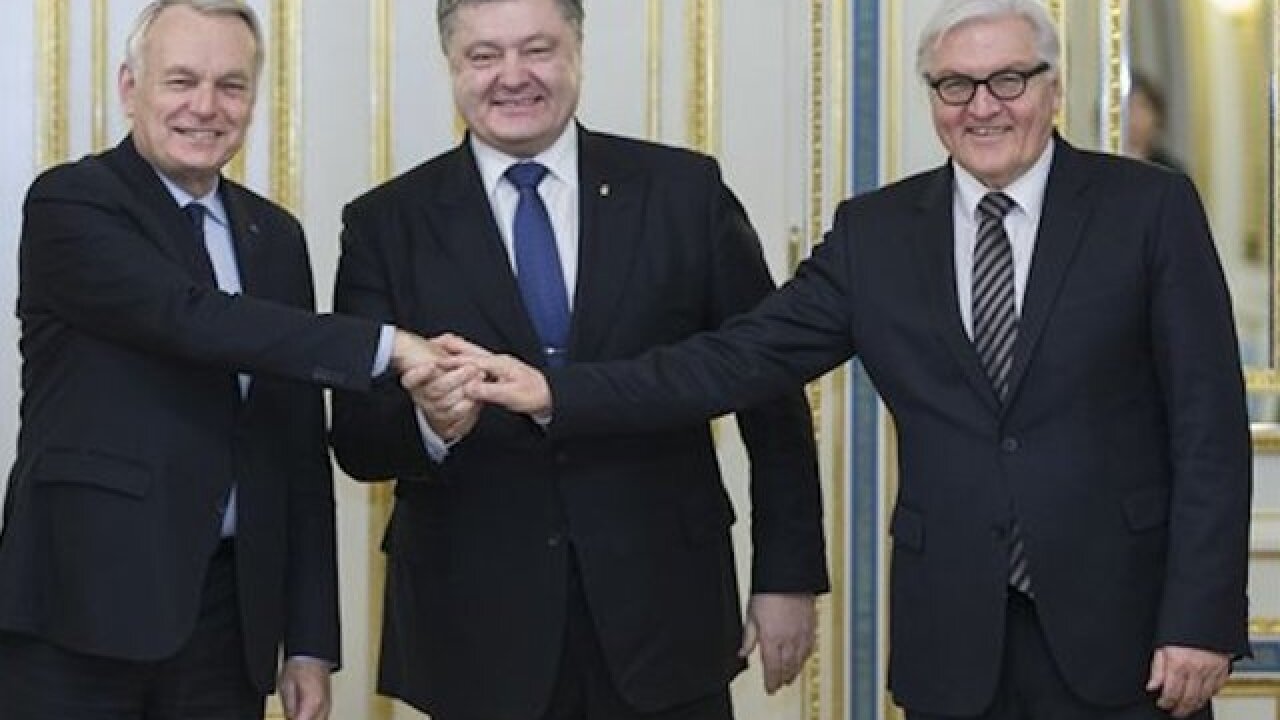 KIEV, Ukraine (AP) — The foreign ministers of France and Germany, on a visit to Kiev, are expressing concerns about the political tensions that are impeding reform efforts in Ukraine and about the persisting conflict in eastern Ukraine.

The two countries have been trying to help resolve the fighting between Russian-backed separatists and Ukrainian forces, including backing a cease-fire a year ago for the war that has killed more than 9,000 people since April 2014. But that truce has appeared increasingly frayed in recent months.

The Ukrainian government has yet to pass legislation that would allow elections in the east, part of the cease-fire agreement. Western governments also are concerned that attempts to tackle Ukraine's endemic corruption have been only fitful.

Jean-Marc Ayrault, the French foreign minister, said a meeting of the French, German, Russian and Ukrainian ministers on March 3 in Paris could be key to pushing forward the cease-fire process. He added that European countries do not see a viable alternative to solidifying the pact.

"The situation is very unstable. We want to avoid further escalation — and the risk for that exists," he said.