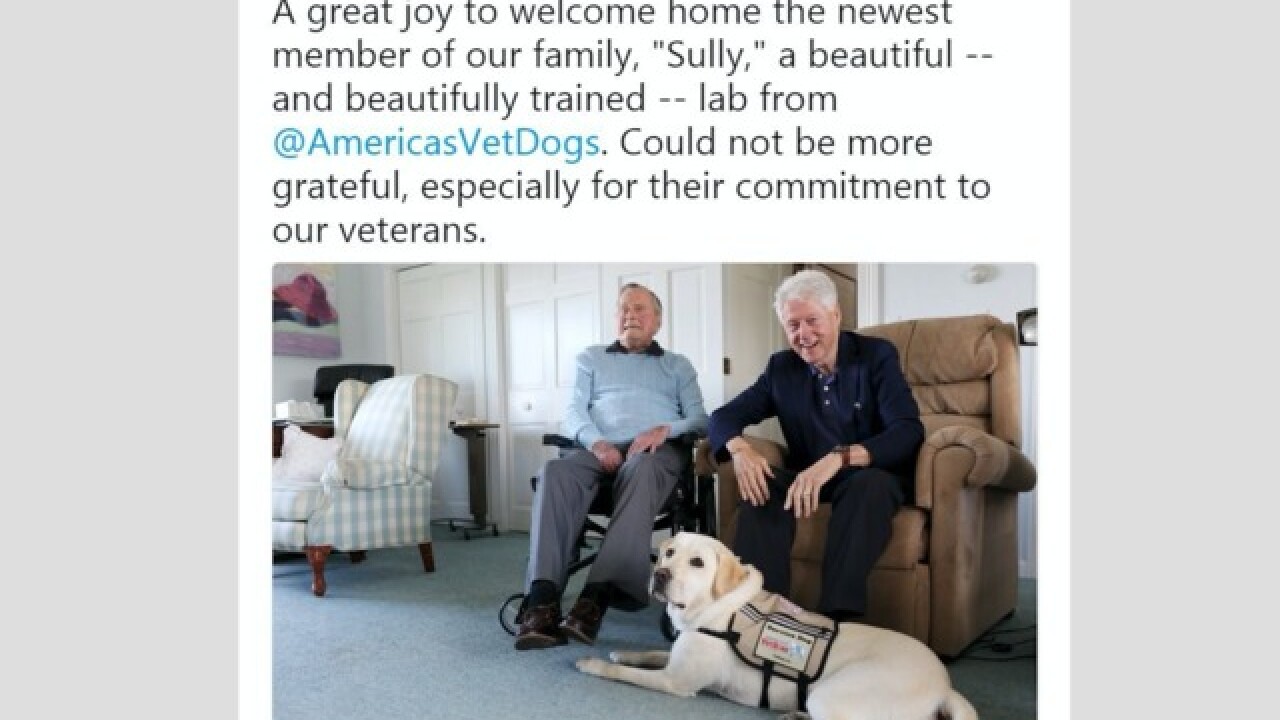 Sully can perform a two-page list of commands, including answering the phone and fetching items.

Sully is named after former airline pilot Chesley "Sully" Sullenberger III, who became famous for landing a damaged passenger jet on the Hudson River and saving all 155 passengers and crew aboard in 2009.

Sully was trained by Guide Dog Foundation and America's VetDogs, a nonprofit that provides service dogs at no cost to veterans, active-duty service members and first responders with disabilities, according to the America's VetDogs website.

The dogs are trained to help with various disabilities, including blindness or low vision, post-traumatic stress disorder and hearing loss. The group also provides facility dogs to help rehabilitate service members and veterans in military and Veterans Affairs hospitals.

The account aims to highlight the importance of service dogs for individuals with disabilities.

Bush uses a wheelchair and has been hospitalized several times in recent months for conditions including low blood pressure and an infection that spread to his blood.

Bush also met Monday with former President Bill Clinton and congratulated him on the publication of his novel, "The President Is Missing," written with author James Patterson. Bush commemorated the occasion by wearing a pair of socks with Clinton's face on them.

"Special visit today with a great friend -- and now, a best-selling author. Luckily I had a freshly laundered pair of @BillClinton socks to mark the occasion," Bush tweeted.