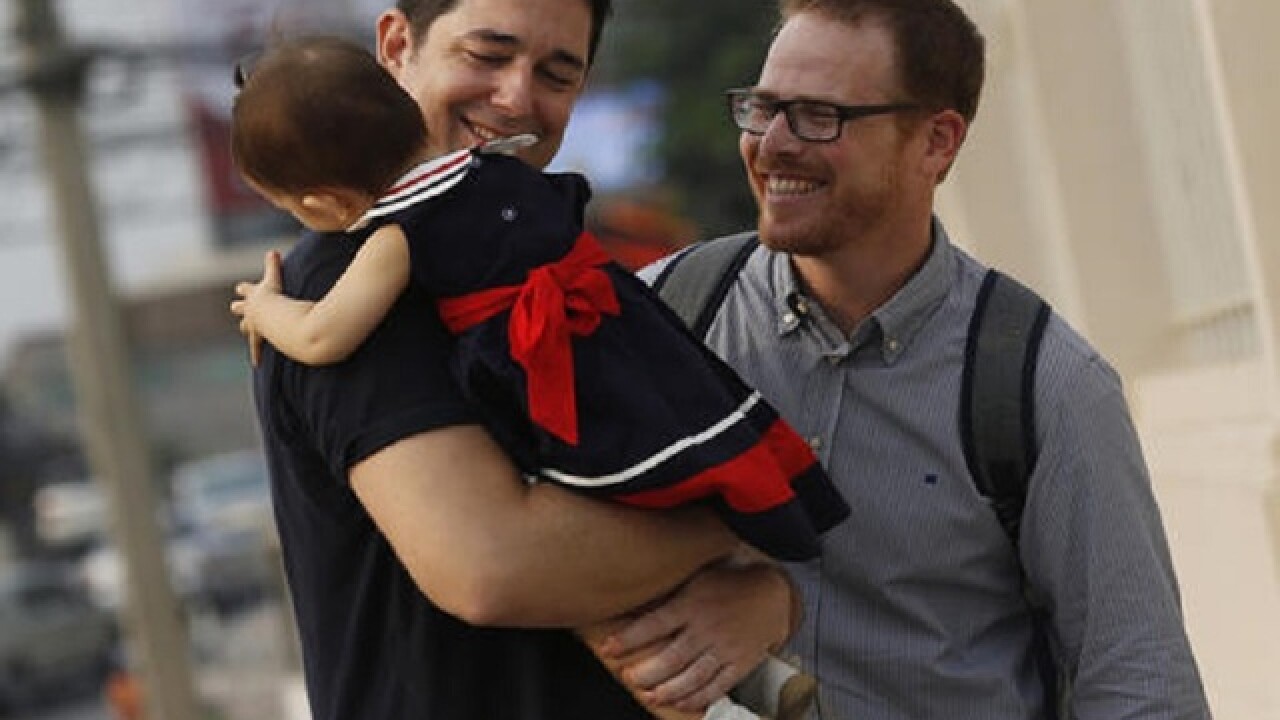 BANGKOK (AP) — A same-sex American-Spanish couple has won a high-profile custody battle against a surrogate mother in Thailand who gave birth to their child but then decided she wanted to keep the baby when she found out they were gay.
The couple — American Gordon Lake and Spaniard Manuel Santos, both 41 — have been stuck in Thailand since launching their legal battle after baby Carmen was born in January 2015.
The couple's lawyer, Rachapol Sirikulchit, said that Bangkok's Juvenile and Family Court on Tuesday "granted legal custody of Carmen Lake to Gordon Lake."
Lake is the biological father of Carmen, who is now 15 months old. The egg came from an anonymous donor, not the Thai surrogate, Patidta Kusolsang.
Copyright 2016 The Associated Press. All rights reserved. This material may not be published, broadcast, rewritten or redistributed.