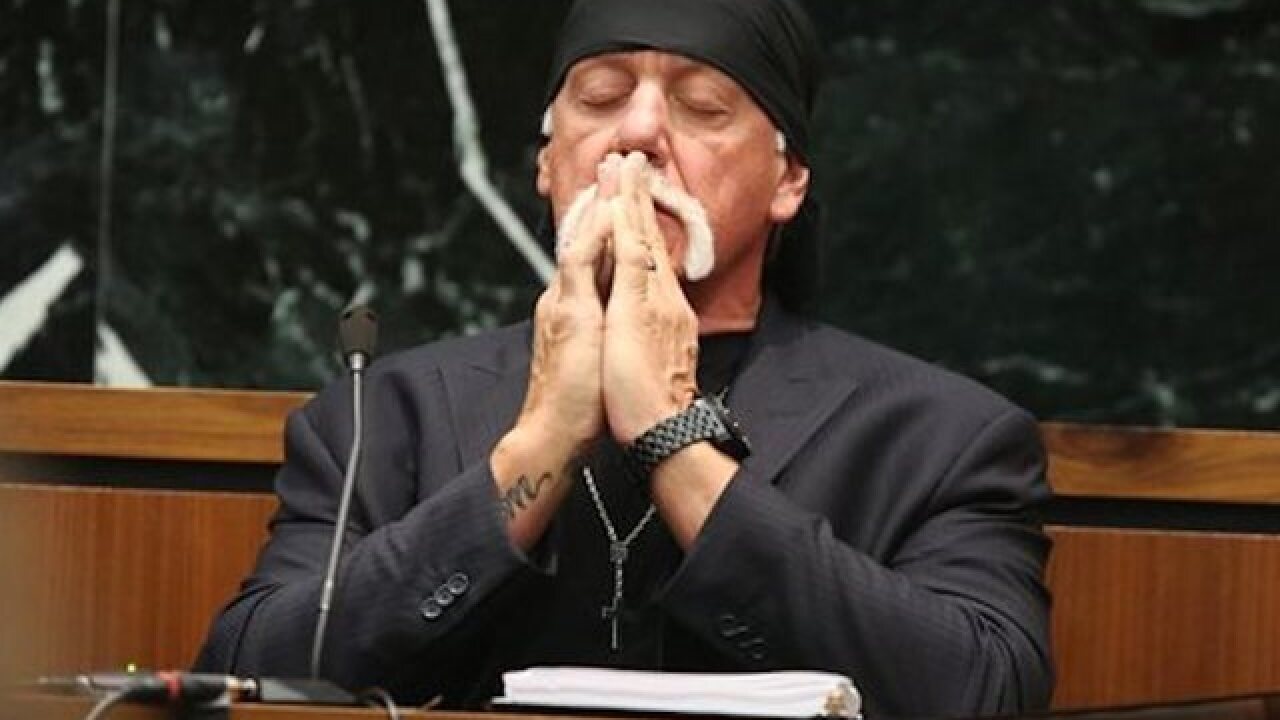 John Pendygraft/Tampa Bay Times via AP
&lt;p&gt;Hulk Hogan, whose given name is Terry Bollea, takes a moment as attorneys talk to the judge in court on Tuesday, March 8, 2016, during his trial against Gawker Media, in St Petersburg, Fl. Hogan and his attorneys are suing Gawker for $100 million, saying that his privacy was violated, and he suffered emotional distress after Gawker posted one minute and forty one seconds of a sex tape filmed of Hogan and his then-best friendís wife. (John Pendygraft/Tampa Bay Times via AP, Pool) &lt;/p&gt;

ST. PETERSBURG, Fla. (AP) — Jurors saw video testimony from a reporter for the news website Gawker, as a trial continued for a third day in the Hulk Hogan sex video lawsuit.

On Wednesday morning, Gawker reporter A.J. Daulerio said that when he received the Hogan sex video in the mail it was "very amusing" and that he thought it was newsworthy.

He added that he did not try to contact Hogan, the woman Hogan had sex with or the woman's husband, prior to posting an edited version of the 30-minute video.

"I was already satisfied of the video evidence," Daulerio said, during his video testimony.

The former pro wrestler, whose given name is Terry Bollea, is suing Gawker Media for $100 million for posting the video. Hogan said he didn't know he was being filmed when he had intimate relations with his then-best friend's wife.

The friend, Florida-based radio DJ Bubba The Love Sponge Clem, gave his blessing to the coupling and even handed Hogan a condom.

Gawker says the publication was a legitimate scoop because Hogan had talked openly about his sex life before, in forums such as Howard Stern's radio show.

The six-person jury may have to grapple with questions about how celebrity affects expectations of privacy.

Hogan's attorney, David Houston, was also called to the witness stand Wednesday. He described how he sent Gawker a cease and desist letter to take the video down, and then how the video began showing up on other websites.

"I know some like to call it viral, but in this case, it was cancer," he said.