Garage ran by women for women in Arizona spreading importance of diversity, representation 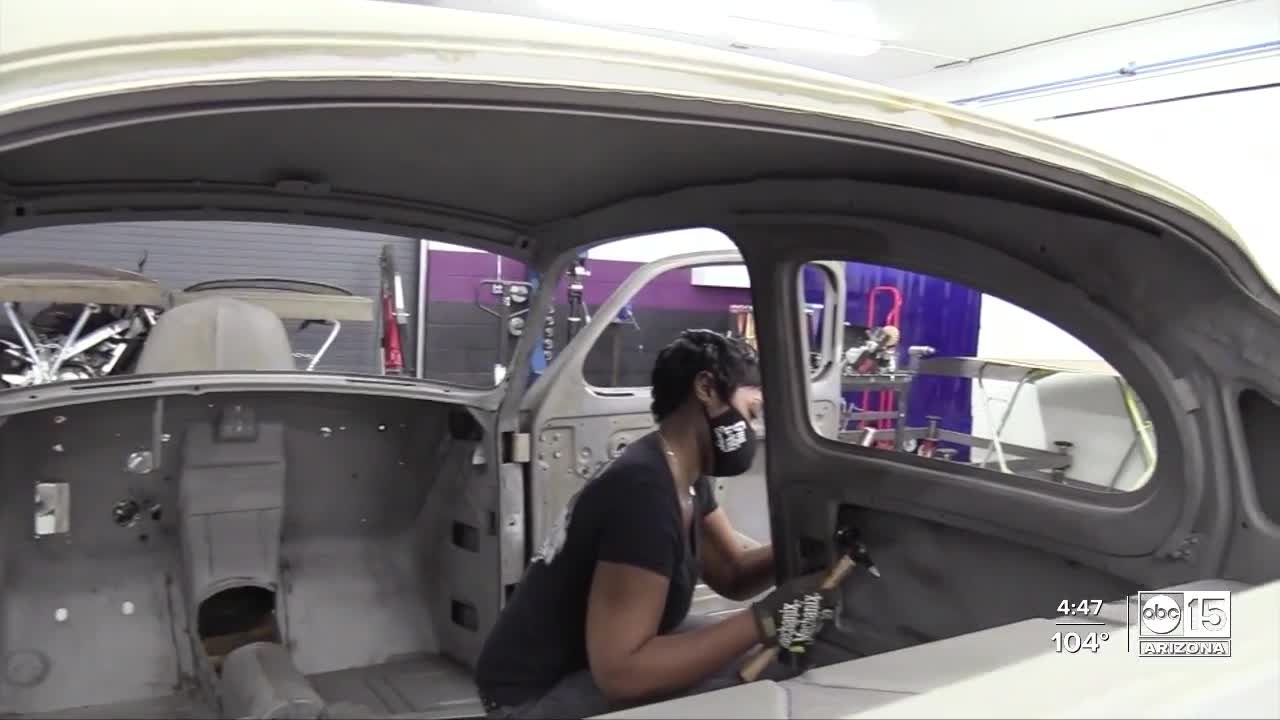 A car garage ran by women for women is spreading the importance of diversity and representation in the Valley.

PHOENIX, Ariz. - It’s not your traditional mechanic shop. It’s a car garage operated by women for women, so they can learn the skills to enter the auto industry and empower them to break barriers.

“We have women who have come through who are talented bakers who found that the welding technique for TIG was pretty similar to baking cake. We also had women who were nail technicians who found the bodywork to be one to one with other life experiences that they had,” expressed Shawnda Williams, co-owner of Girl Gang Garage.

Williams was once a ‘newbie’ at Girl Gang Garage but soon became passionate about the garage’s mission that she became a business partner with Bogi Lateiner.

Now both women run Girl Gang Garage, a place that welcomes anyone looking to try something different.

Whether it is mechanical work, welding, or body and paint. Any woman entering this garage will leave with a new trade skill, but also with a mission. To change the under-representation of women in the automotive industry.

“We’re bringing a diverse population of people together to work on a common thing and when I say diversity, I mean people from different ages, different races. Me, as a black female, you don’t see a lot in the automobile industry period let alone doing classic car restorations,” said Williams.

Being part of Girl Gang Garage is also an opportunity to feel embraced no matter who you are or where you’re from.

“They’re getting a different sense of empowerment. They’re feeling inspired and reenergized about what they do because they’re validated seeing other people like them,” said Lateiner.

And if anyone dares to tell you this job is only for men, Williams says, “any person who can grow, produce, raise a child, cry with a child, nurse a child, can do anything that they put their mind to. You’re built for that. There’s nothing biologically that impairs a woman from picking up a wrench and trying to do whatever they want to do.”

To give you an idea, every classic car on display at Girl Gan Garage was built by women.

“A lot of the women had zero experience, so they’re getting thrown into hands-on learning everything. They’re learning that they can weld that they can use tools and cut things and to not be intimidated by this stuff. It’s creating that opportunity,” expressed Lateiner.

COVID-19 has brought some challenges at the garage, but Williams and Lateiner continue with their mission through social media:

They say they cannot wait to get back to normal and welcome all women to the Girl Gang Garage.

This story was first reported by Liliana Soto at KNXV in Phoenix, Arizona.