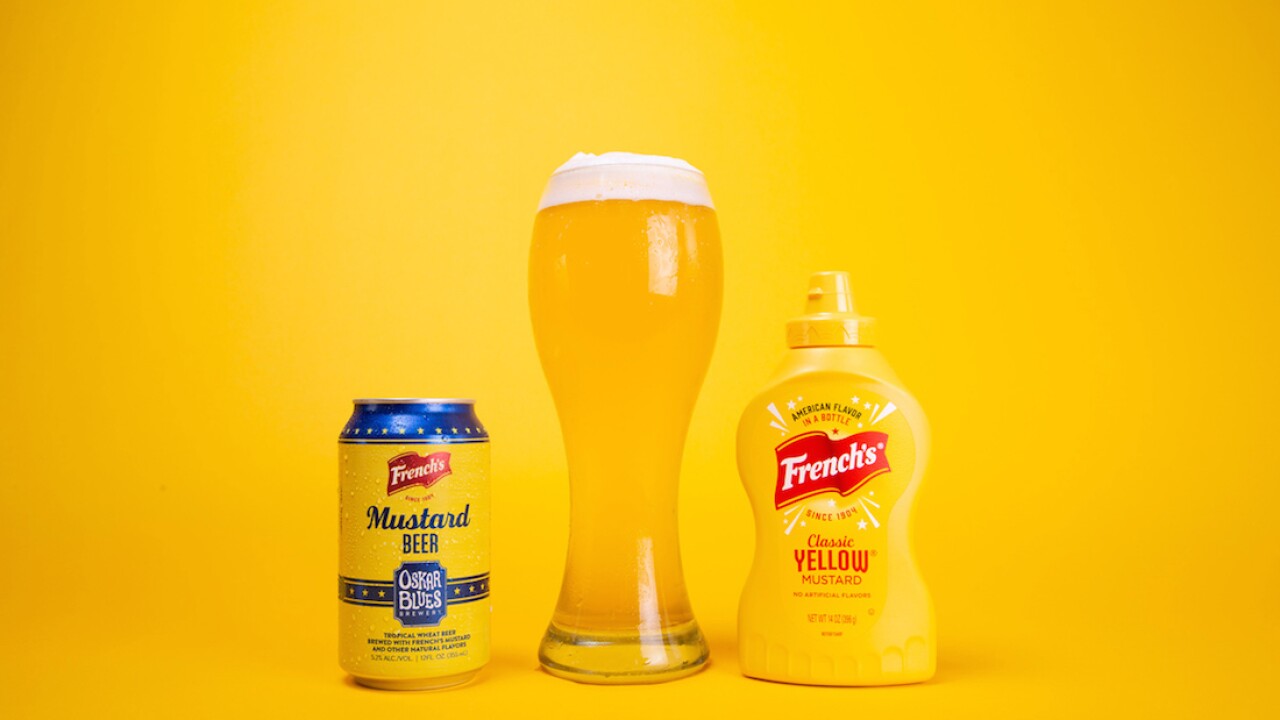 If you like mustard in your beer, you're in luck because French's Mustard has partnered with a Colorado brewery to launch a mustard-flavored beer.

The wheat beer, which was created by Oskar Blues Brewery, was brewed with French’s Classic Yellow Mustard and includes hints of key lime, lemon, tangerine, and passion fruit, the brewery said in a blog post on its website.

"Why make a mustard beer, you ask? Because of a joint history of flavor exploration and defining new tastes," the brewery said. "The teams at Oskar Blues and French’s wanted to come together to create the brightest, boldest brew of the summer, just in time for National Mustard Day and backyard grilling. And what goes better with BBQ than Classic Yellow Mustard and beer? Nothing else, that’s what."

The beer was launched in correlation with National Mustard Day, which was August 1.

The beer is only available for a limited time.