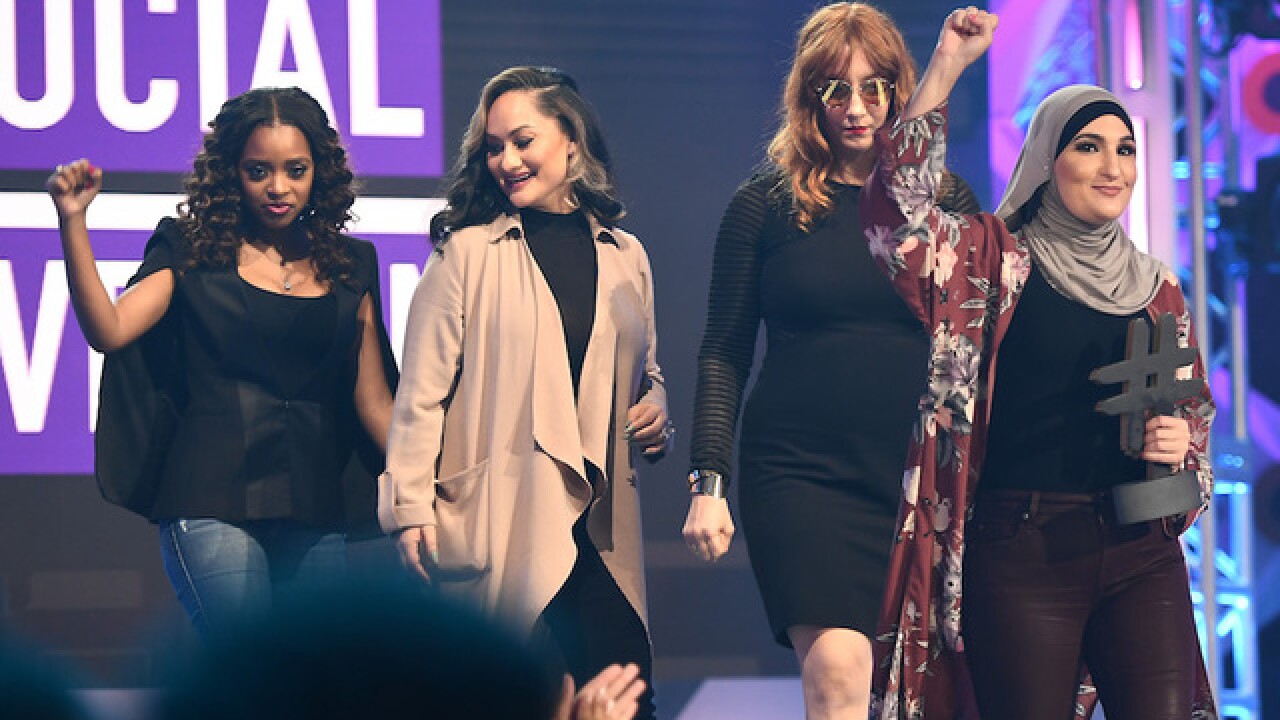 The founder of the Women's March is calling for the movement's current co-chairs to step down for allowing bigotry into their mission.

Teresa Shook, a lawyer and educator who founded the Women's March movement, accused the group's current co-chairs -- Bob Bland, Tamika Mallory, Linda Sarsour and Carmen Perez -- of associating with bigoted outside groups and tarnishing the Women's March's initial goals in a post on her Facebook page Monday.

The co-chairs "have steered the Movement away from its true course. I have waited, hoping they would right the ship," Shook wrote. "But they have not. In opposition to our Unity Principles, they have allowed anti-Semitism, anti-LBGTQIA sentiment and hateful, racist rhetoric to become a part of the platform by their refusal to separate themselves from groups that espouse these racist, hateful beliefs."

"I call for the current Co-Chairs to step down and to let others lead who can restore faith in the Movement and its original intent," Shook added. "I stand in Solidarity with all the Sister March Organizations, to bring the Movement back to its authentic purpose."

The Women's March leaders swiftly shot back, crediting Shook for "creating a Facebook event named the Million Women's March" and lambasting her for not working to support the movement's ongoing growth.

"Today, Teresa Shook weighed in, irresponsibly, as have other organizations attempting in this moment to take advantage of our growing pains to try and fracture our network," the Women's March wrote in a post on its Facebook page. "Groups that have benefited from our work but refuse to organize in accordance with our Unity Principles clearly have no interest in building the world our principles envision. They have not done the work to mobilize women from diverse backgrounds across the nation."

"Our ongoing work speaks for itself. That's our focus, not armchair critiques from those who want to take credit for our labor," the statement continued.

Shook's critique comes following longstanding criticism of the group's association with Louis Farrakhan, the leader of the black nationalist group Nation of Islam, who has made numerous anti-Semitic and homophobic comments.

Mallory and Perez have both posted photos on Instagram of themselves with Farrakhan praising the National of Islam leader, and Sarsour spoke at the Justice or Else rally headlined by Farrakhan in 2015. Mallory, an African-American leader of the Women's March and anti-gun violence activist, attended a large event in February where Farrakhan stated that "the powerful Jews are my enemy."

Mallory declined to denounce Farrakhan after the event. The Women's March released a statement emphasizing that Farrakhan's statements were "not aligned with the Women's March Unity Principles" and that "our external silence has been because we are holding these conversations and are trying to intentionally break the cycles that pit our communities against each other."

Sarsour said that following the shooting at the Tree of Life synagogue in Pittsburgh, critics suddenly called on the Women's March to denounce Farrakhan.

"There was nothing new that happened between Women's March and the Minister," Sarsour wrote in an online essay. "Folks decided to rehash 8 months ago."

MPower Change, a Muslim organization that Sarsour co-founded, helped raise over $230,000 to cover the funeral expenses for the Tree of Life victims

"This is not a letter in defense of Minister Farrakhan," she added. "He can do that for himself. We have been CRYSTAL CLEAR in BOTH of our statements that we REJECT antisemitism and all forms of racism. We have been CLEAR that Minister Farrakhan has said hateful and hurtful things and that he does not align with our Unity Principles of the Women's March that were created by Women of Color."

A week before the Tree of Life shooting, Farrakhan made public anti-Semitic remarks, saying, "I'm not an anti-Semite. I'm anti-Termite."