Medical miracle: Formerly conjoined twins are ready for their first day of school 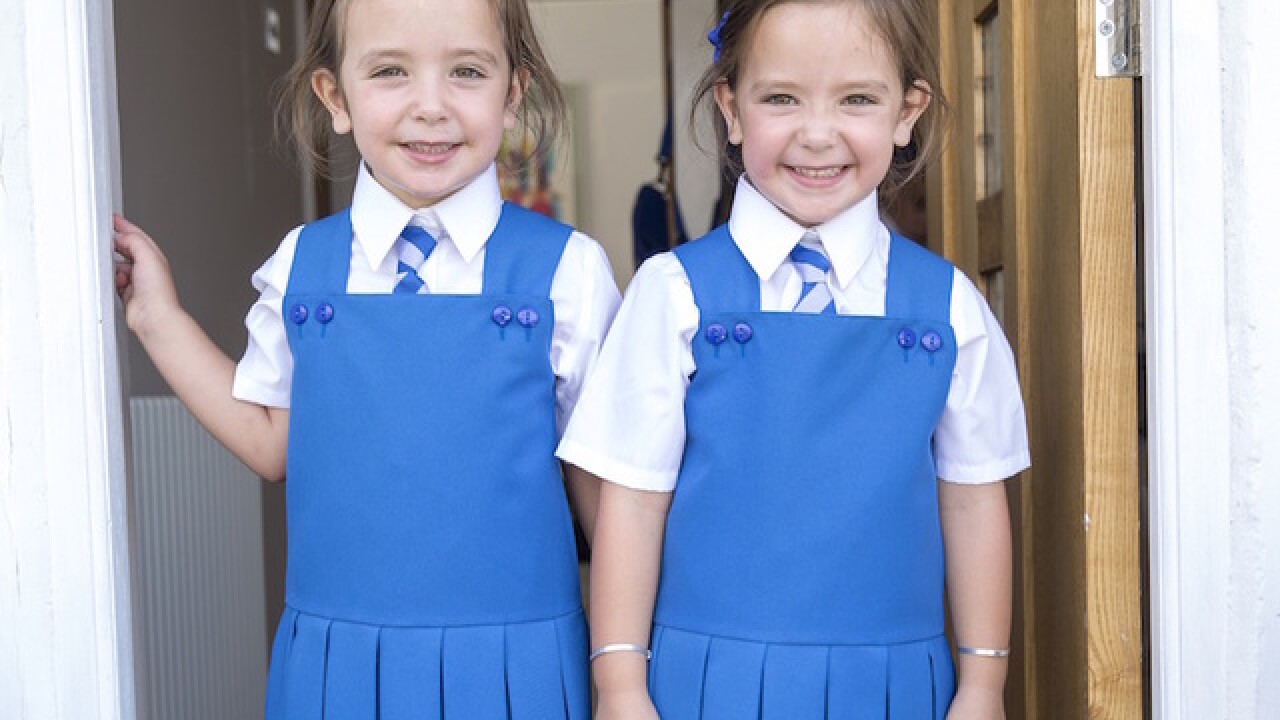 &lt;p&gt;Ruby and Rosie Formosa are ready for their first day of school after being serparated at birth four years ago. (Great Ormond Street Hospital Children's Charity).&lt;/p&gt;

Four years ago, many didn’t think Ruby and Rosie Formosa would live long enough to roll over on their own. That’s because just four months into her pregnancy, Angela Formosa learned that her daughters were joined at the abdomen.

But in just a few days, the twins will attend their first day of school in Kent, England.

“Four years ago it wasn’t in my mind that this would ever happen,” Angela Formosa told The Guardian. “When I was pregnant I didn’t think I’d ever see their first day at school so it is really amazing and all thanks to (Great Osmond Street Hospital) really.”

Ruby and Rosie were born in June 2012, about six weeks early, at University College Hospital in London. But the complex C-section delivery was just the beginning. They were then transported to Great Ormond Street Hospital just a day after their birth for a complex surgery to separate the twins.

Ruby and Rosie pulled through, and have grown up healthy since they were separated at birth. Now, they’re ready to join their friends and big sister Lily at school.

“They are such strong little girls and it’s wonderful to see them go to school and lead such normal lives,” Angela Formosa said. “They’re looking forwards to painting, playing with friends and learning to read and write. They have been talking about it nonstop”

“It’s always a joy to witness patients progress and to hear that they are reaching new milestones, this makes the job we do all the more rewarding,” De Coppi said.