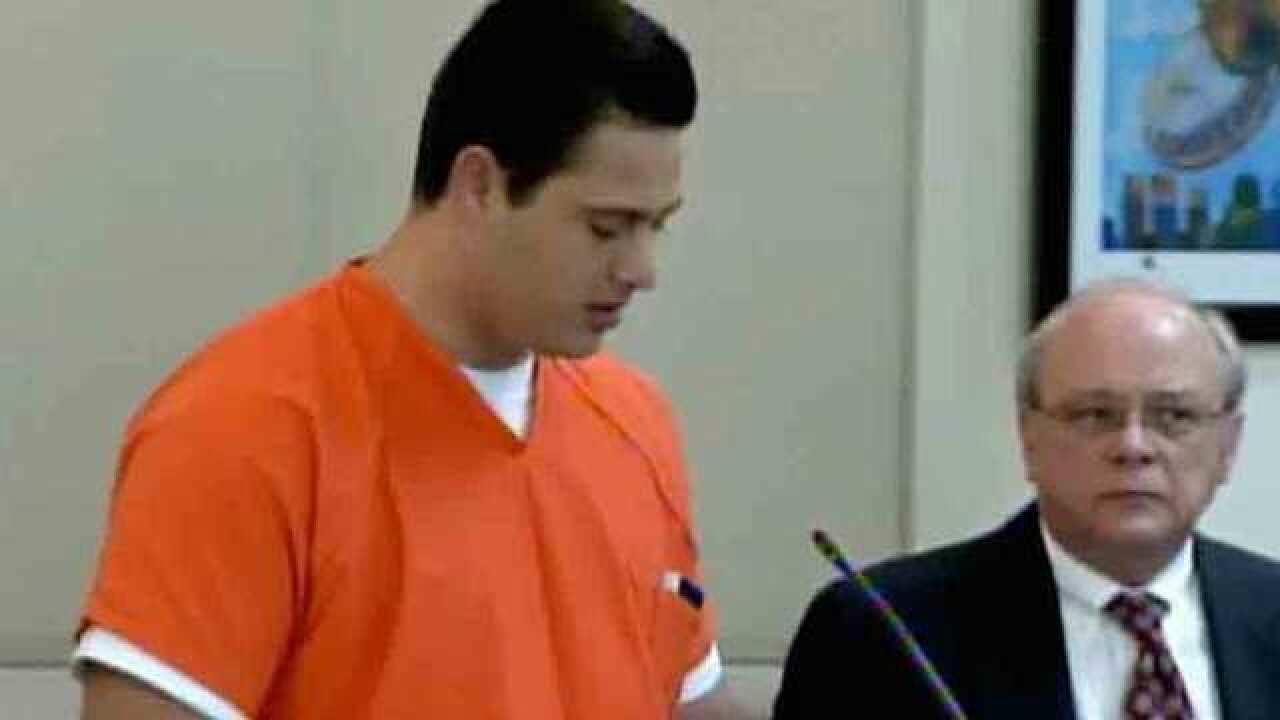 Brandon Vandenburg has been sentenced to 17 years in jail for his part in the rape of an unconscious female at Vanderbilt University.

The sentencing hearing was held Friday morning and lasted around two hours leading to the sentence of 17 years.

Brandon Vandenburg will spend 17 years in jail for raping an unconscious female student in a Vanderbilt dorm room #BREAKING#Vandytrialpic.twitter.com/WFrUAKUtqY

It's been more than three years since four Vanderbilt football players raped an unconscious female student.

Vandenburg was considered the ringleader, though he didn't commit the sexual acts. He was dating the victim.

In June, a jury convicted Vandenburg for a second time. A mistrial was called after his first conviction when news came to light that the original jury foreman was a victim of statutory rape.

To start off the hearing on Friday, the state requested permission to play an audio recording from Miles Finley, and despite an objection from the defense, most of the recording was allowed in court by the judge.

The recording touched on many parts of the case, from Finley's relationship with Vandenburg in high school, to Vandenburg's interactions with him concerning the video of the rape.

Finley admitted to receiving the video on his phone from Vandenburg. He also described what he saw in the video and added that Vandenburg wanted to make sure Finley deleted the video.

"[Brandon] really didn't want you guys to see the video. I remember that," Finley said in the recording.

Still not completely clear what happened to the original phones w/ rape video on them. Video used at trial was recovered from a laptop

The victim was not present at the sentencing. Instead, a statement from her was read on her behalf. The entire statement can be viewed below:

"I had intended to give a detailed victim impact statement at today's sentencing hearing specific to the effects of Mr. Vandenburg's actions. As a result of the last sentencing hearing in this case, that is no longer something I am able to do. I ask that my prior statement be referenced. Two professionals who have helped me through this and witnessed the impact on me have submitted letters to you describing what they have seen, and I ask you consider those. Please do not use my absence as an excuse for leniency, as it in no way diminishes the profound and insidious impact of Mr. Vandenburg on me and my life. I still ask that he receive the full sentence allowed under the law for orchestrating a sustained 30-minute gang rape against me, a defenseless woman who trusted him. The minimum sentence is not enough for what this man did to me."

After a short recess, three family friends took the stand to speak on Vandenburg's behalf.

Another friend, identified as Pernilla Linner, said she has been best friends with Vandenburg's mother and asked for a second chance for Vandenburg.

Family friend "Please give Brandon a second chance in life, he would never do anything to hurt anyone" #VandyTrial

Vandenburg also took the stand to read a personal statement. He described himself as scared and ashamed.

"I never could have imagined that I'd be in the situation that I am today," Vandenburg said.

He added he's always tried to be the best person he can be in order to help others, but he said what happened in 2013 made him realize he let everyone down.

Brandon Vandenburg, "I could see myself as a positive role model and teach our youth" #VandyTrial

Corey Batey, also convicted of rape in the case, got the minimum of 15 years, and two other defendants have been working on plea bargains.

The judge could have given Vandenburg a sentence that was anywhere between 15 and 25 years.

Due to the crime, he's not eligible for parole until 85 percent of his sentence has been served.

He will also be registered as a violent sex offender for life.