Former SS Auschwitz guard to testify at his trial in Germany 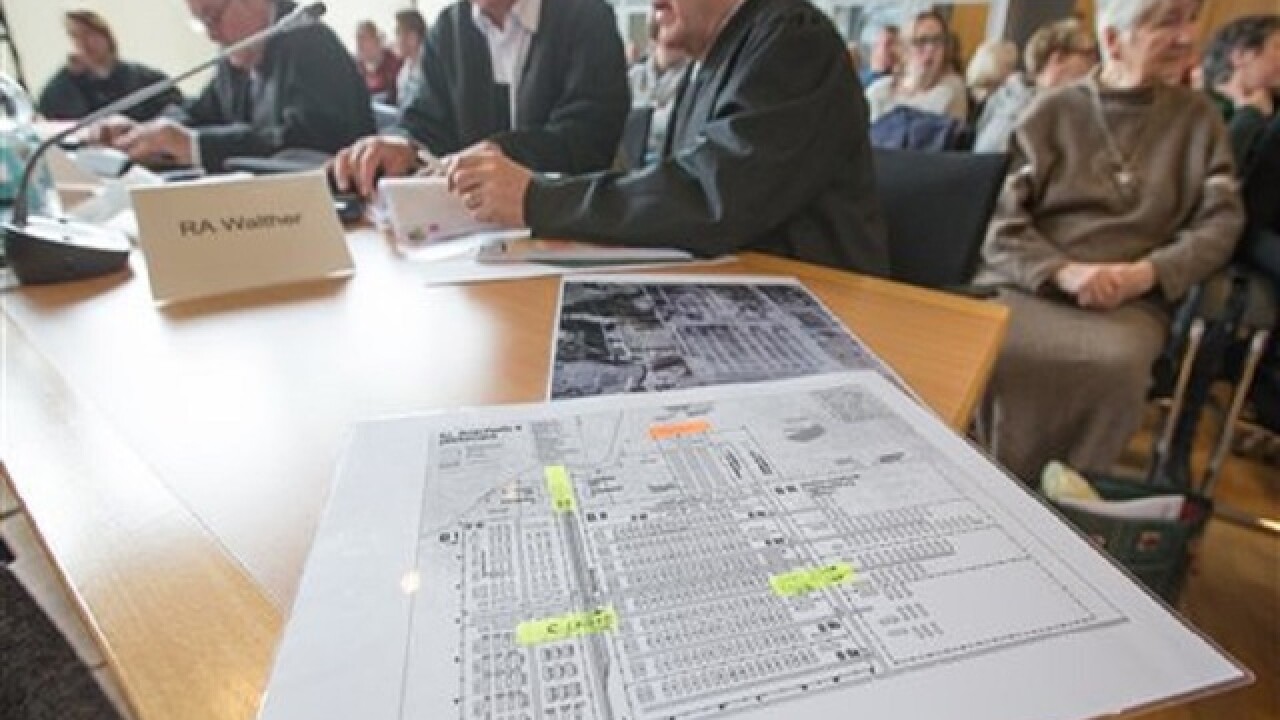 &lt;p&gt;Thomas Walther, representative of the accessory prosecution, sitting in front of a map of the concentration camp Auschwitz-Birkenau at the court in Detmold, Germany, Wednesday April 6, 2016. Reinhold Hanning, is accused of 170,000 counts of accessory to murder on allegations he served in Auschwitz in 1943 and 1944 . (Friso Gentsch/Pool Photo via AP)&lt;/p&gt;

By: Associated Press
Posted at 3:45 AM, Apr 29, 2016
DETMOLD, Germany (AP) — A 94-year-old former SS sergeant plans to make his first statement to a German court since his trial opened in February on 170,000 counts of accessory to murder over allegations he served as a guard at the Nazis' Auschwitz death camp.
Auschwitz survivors who have testified at the Detmold state court trial have implored defendant Reinhold Hanning to tell his story, and his attorney said he would make a statement Friday.
According to the indictment, Hanning admitted to investigators he served as an Auschwitz guard from January 1942 to June 1944, but maintained he didn't serve in the areas where mass executions took place, and wasn't personally involved.
Prosecutors argue that as a guard, he helped the death camp function so he can be found guilty of accessory to murder.
Copyright 2016 The Associated Press. All rights reserved. This material may not be published, broadcast, rewritten or redistributed.