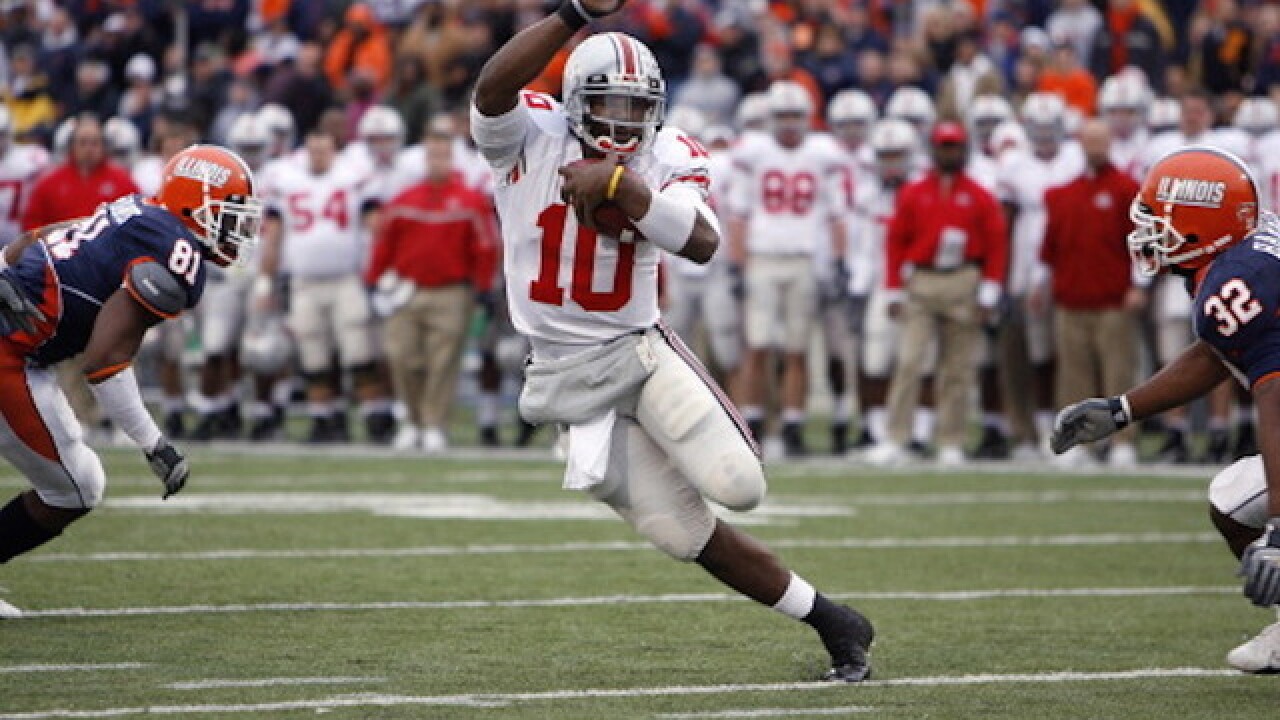 According to police, Smith was pulled over around 2:30 a.m. after an officer noticed his car didn't have a front license plate and then was seen swerving.

Smith, 31, was charged with operating a vehicle under the influence, possession of marijuana and improper display of a license plate. He was released to his girlfriend pending a hearing in Westerville mayor's court on Wednesday.

In dashcam video provided by Westerville police, Smith is seen being asked to follow an object with his eyes, stand on one foot and walk a straight line. To the last request, Smith remarks: "This is the home of the Buckeyes and this is what y'all do."

He told the officer he had not been drinking and initially refused a breathalyzer test, citing the advice of his lawyer. After his arrest, Smith was administered the test and his blood alcohol content measured 0.143. Ohio's legal limit is 0.08.

Smith played for Ohio State under coach Jim Tressel from 2003 to 2006. He won the Heisman trophy for most outstanding player in college football in 2006.

He spent four years in the NFL from 2007 to 2010, playing for the Baltimore Ravens and the San Francisco 49ers.

The phone number Smith provided to police did not have voicemail.

A message seeking comment was left with his girlfriend, Katrina Gnezda. She was following Smith in her vehicle at the time of the traffic stop.