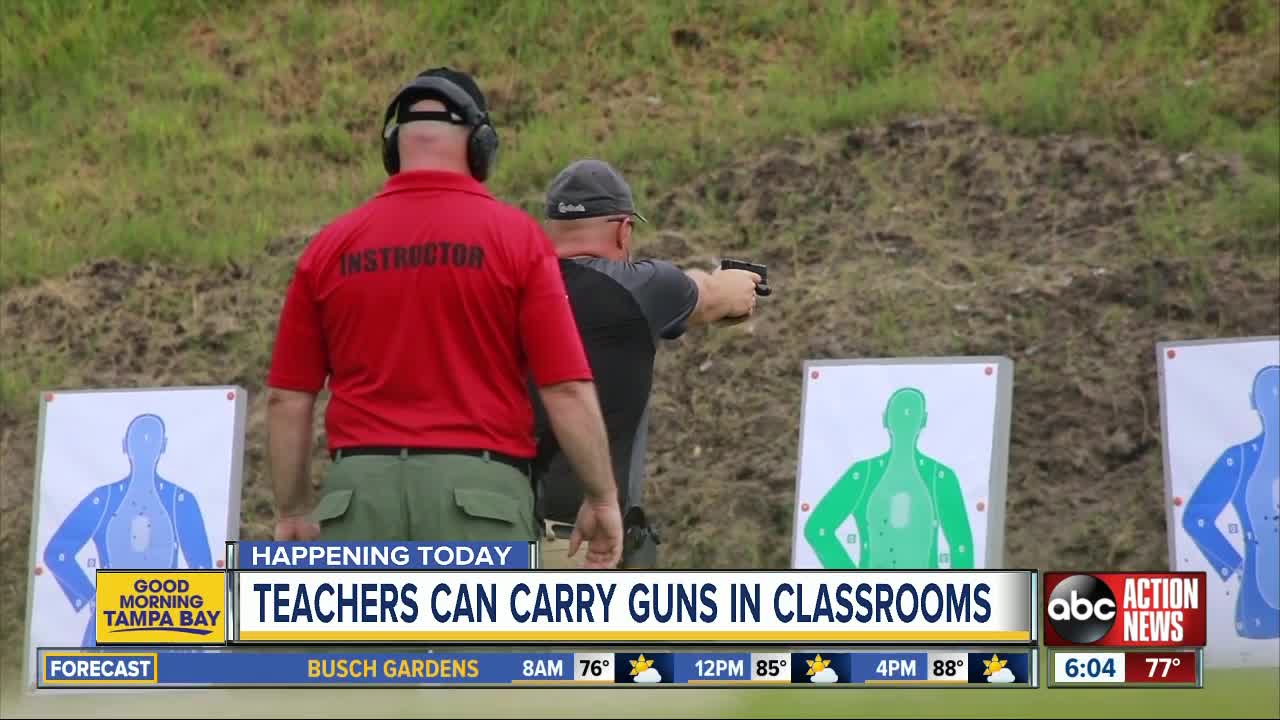 The senate bill that was approved in May goes into effect Tuesday.

The bill is an extension of the Coach Aaron Feis Guardian Program, which was established in 2018 after the school shooting at Marjory Stoneman Douglas High School in Parkland.

It now allows school districts to approve employees and teachers to carry guns on campus. The school district must first vote in favor of it and the teachers have to volunteer.

If approved, teachers will have to participate in police-like training with the sheriff’s office and go through a background check and psychiatric evaluation.

Several school districts across Florida have already voted to not allow teachers to carry guns on campus.

The Polk County school board has not officially voted yet but the superintendent has expressed opposition.

This story was originally published by Larissa Scott on WFTS