Pinellas County unveiled military statues that will help create the country's first underwater veterans memorial. The goal is to make this site a scuba destination. 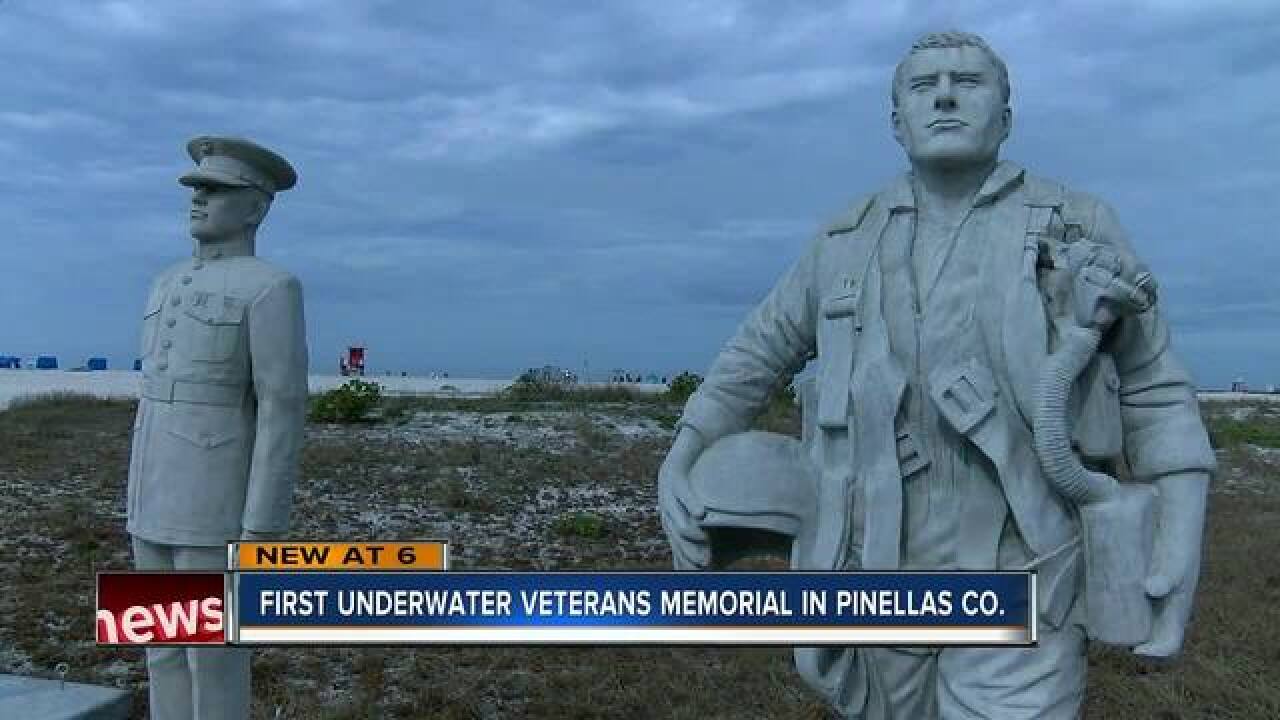 Pinellas County, Florida unveiled military statues that will help create the country's first underwater veterans memorial. The goal is to make this site a scuba destination.

"Brings back memories of when we were serving," veteran David A. Thomas said.

Even though they're made of concrete, these military statues are softening hearts on Sand Key Beach.

"These are our guys, these are the people that we served with, that we knew, that we don't know, we'll never know, but they're our people," Thomas said.

They are the first of 24 life-size statues that will make up the country's first underwater dive memorial, honoring men and women who serve in all branches of the military.

Former congressman David Jolly's uncle first came up with the idea years ago, starting Veterans Reef near Dunedin in 2000.

"We thought about putting down some old tanks but then we realized over time they would rust apart and start to look bad on the bottom, we wanted something to be around for a long time," Dr. Heyward Mathews, Professor Emeritus at St. Petersburg College, said.

This memorial, called Circle of Heroes, will be a quarter mile from Veterans Reef, 40 feet down. Each statue will be secured into the limestone layer beneath the sand.

"Something I've been dreaming about for a long time," Mathews said.

The whole project is expected to cost about a half a million dollars, but the county is hoping it will bring in big money.

The hope is that this will be a serene place to remember sacrifice.

"It's hard to explain to someone what something like this is doing for us," Thomas said.

The goal is to place the first 12 statues underwater by the end of this summer.