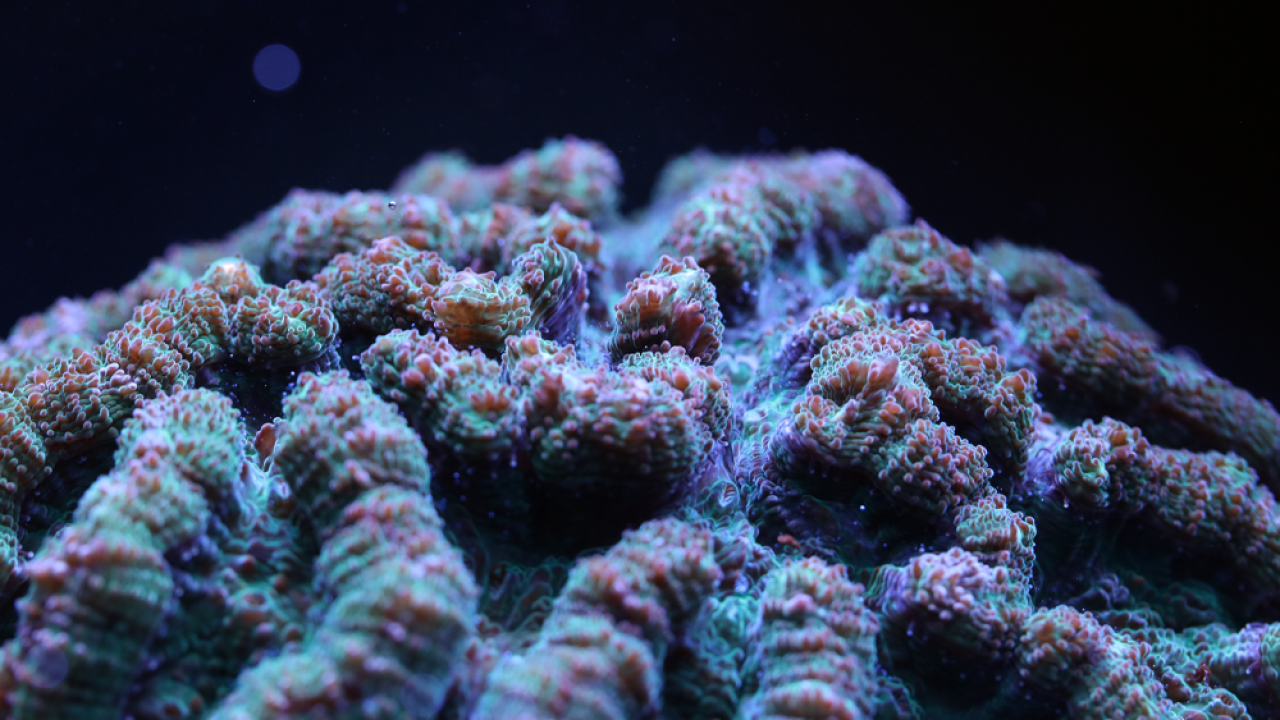 TAMPA, Fla. -- The Florida Aquarium says its coral experts have made a historic breakthrough and are the first in the world to reproduce ridged cactus coral in human care.

According to the aquarium, the breakthrough happened at its Center for Conservation in Apollo Beach earlier this month.

The study is part of a collaboration effort to save the Florida Reef Tract from extinction with the Florida Fish and Wildlife Conservation Commission (FWC) and National Oceanic and Atmospheric Administration (NOAA) National Marine Fisheries Service.

"Our resolve to save Florida's endangered coral reefs continues, and this historic breakthrough by our coral experts, our second in 8 months, provides additional hope for the future of all coral reefs in our backyard and around the globe," said Roger Germann, President and CEO of The Florida Aquarium. "While our Aquarium remains temporarily closed to the public as we support our community's wellbeing efforts, not even a global pandemic can slow us down when it comes to protecting and restoring America's 'great' barrier reef."

Last year, the aquarium announced another breakthrough when its scientists were the first in the world to get Atlantic Ocean coral to spawn in a control laboratory environment.

According to a press release, before April, the ridged cactus coral was never photographed or measured, and the larval release time had never been recorded.

"These advances give us hope that the round-the-clock work we are doing will make a difference to help conserve this species and save these animals from extinction," said The Florida Aquarium Senior Coral Scientist Keri O'Neil. "To date we have now been able to sexually reproduce eight different species of coral affected by Stony Coral Tissue Loss Disease at The Florida Aquarium's Center for Conservation campus."

According to the aquarium, ridge cactus corals are a brooding coral. That means their sperm is released into the water, but their eggs aren't. The corals release a full developed larva that swims immediately after release.

The aquarium's biologists said the larvae of the ridged cactus coral were the largest that they have ever seen.

"They are so unusual that I actually was not sure it was coral larvae," noted Emily Williams, Coral Biologist.

This story was originally published by WFTS in Tampa.