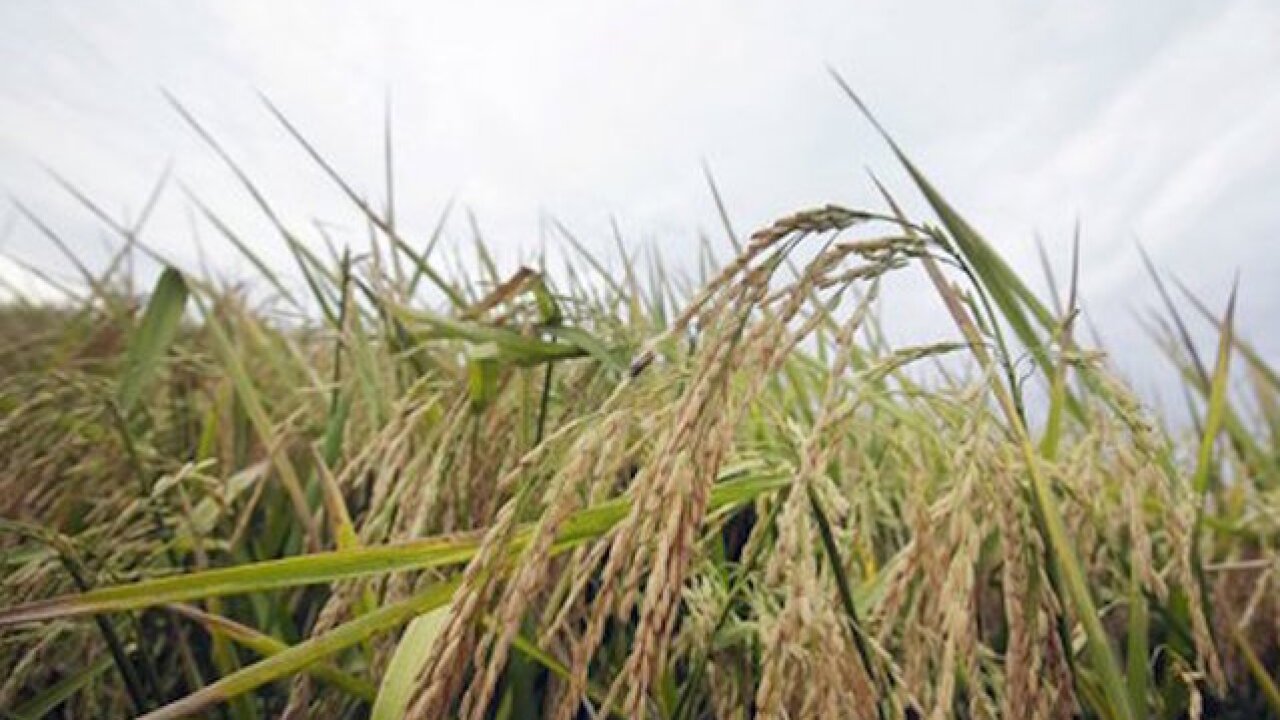 Copyright 2018 Scripps Media, Inc. All rights reserved. This material may not be published, broadcast, rewritten, or redistributed.
FILE - In this Sept. 22, 2011 file photo, rice grows in a field near Alicia, Ark. The Food and Drug Administration (FDA) on Friday, April 1, 2016, urged the food industry to reduce the already-small amount of arsenic found in baby rice cereals. (AP Photo/Danny Johnston, File)

WASHINGTON (AP) — The government is urging the food industry to reduce the already-tiny amount of arsenic found in baby rice cereals.

The Food and Drug Administration on Friday proposed limiting inorganic arsenic in infant rice cereals to 100 parts per billion, equivalent to recommendations in place in Europe. Inorganic arsenic is the type found in some pesticides.

It's a very small amount, and around half of infant rice cereals the FDA sampled from retail stores in 2014 are now in compliance. The FDA says the guidance is a precaution, as rice cereal is a leading source of arsenic exposure in infants.

The FDA says parents don't need to cut out rice cereal, but says they should vary rice with other things like baby oatmeal, barley and multigrain cereals that are also iron-fortified.