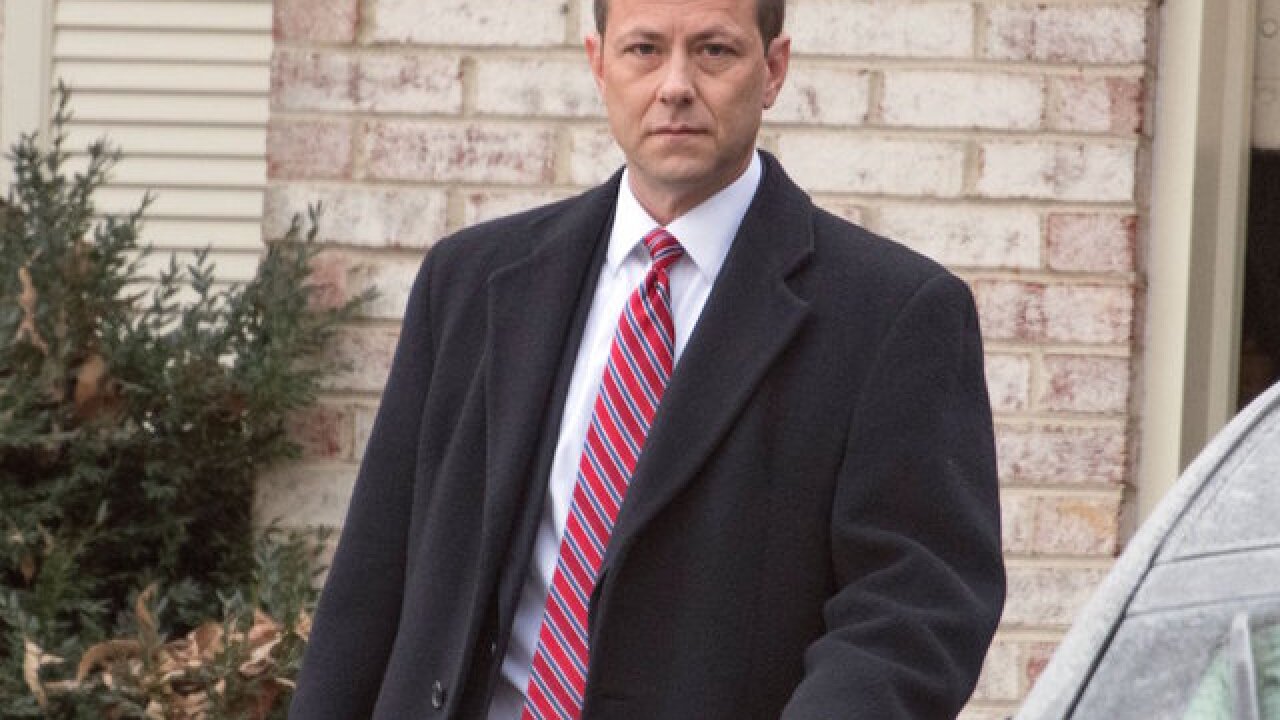 © 2018 Cable News Network, Inc.
&lt;p&gt;Two weeks after embattled FBI agent Peter Strzok was interviewed by the House Judiciary and Oversight committees, he'll return to a congressional hearing room just down the hall from where he was questioned for 11 hours -- this time under the bright camera lights. Full Credit: Ron Sachs/Picture-Alliance/DPA/AP&lt;/p&gt;

House Judiciary Chairman Bob Goodlatte threatened to hold FBI agent Peter Strzok in contempt Thursday after the committee devolved into a partisan brawl over whether Strzok could answer questions about the Russia investigation.

Democrats loudly objected to Goodlatte's attempts to force Strzok to answer the first question House Oversight Chairman Trey Gowdy asked at the hearing about how many witnesses were interviewed in the opening days of the investigation into possible collusion between Russian officials and Donald Trump's campaign team.

Strzok said he was directed by FBI's legal counsel not to answer questions about an ongoing investigation, but Goodlatte demanded that he answer Gowdy's question, prompting a lengthy delay before Strzok asked to speak to the FBI general counsel.

"Only with your own counsel," Goodlatte responded.

"Mr. Chairman, there's no basis for that," the top Judiciary Democrat, Rep. Jerry Nadler of New York, protested. "He can consult with the FBI counsel, he's an FBI employee."

"The gentleman is not recognized," Goodlatte responded.

"And the chairman is not being proper," Nadler shot back.

Gowdy's questioning of Strzok, which was frequently interrupted by Democrats, kicked off one of the most contentious hearings related to the Russia investigation, as Strzok had the first chance to publicly give his side of the story under the bright camera lights two weeks after he testified behind closed doors for 11 hours.

"Let me be clear, unequivocally and under oath: not once in my 26 years of defending our nation did my personal opinions impact any official action I took," Strzok said in his opening statement, adding later, that the "fact is, after months of investigations, there is simply no evidence of bias in my professional actions."

Thursday's hearing is one of the most contentious in Congress so far tied to the Russia investigation, as Republicans will get the chance to grill one of the key FBI officials they have accused of misconduct.

"The moment special counsel Bob Mueller found out about Peter Strzok's text and emails he kicked him off of the investigation," Gowdy said. "But that was a year and a half too late. The text and emails may have been discovered in May of 2017 but the bias existed and was manifest a year and a half before that. All the way back to late 2015 and early 2016. So it wasn't the discovery of texts that got him fired, it was the bias manifest in those texts that made him unfit to objectively and dispassionately investigate."

Strzok vigorously defend himself from the start of the hearing.

"In the summer of 2016, I was one of a handful of people who knew the details of Russian election interference and its possible connections with members of the Trump campaign," Strzok said in his opening remarks. "This information had the potential to derail, and quite possibly, defeat Mr. Trump. But the thought of expressing that or exposing that information never crossed my mind."

President Donald Trump and his conservative allies have pointed to dozens of text messages he exchanged with former FBI lawyer Lisa Page slamming Trump to argue that special counsel Robert Mueller's probe is biased and compromised. The two were briefly on Mueller's team last summer.

Trump has tweeted about Strzok by name more than 15 times.

"Ex-FBI LAYER (sic) Lisa Page today defied a House of Representatives issued Subpoena to testify before Congress!" the President tweeted Wednesday. "Wow, but is anybody really surprised! Together with her lover, FBI Agent Peter Strzok, she worked on the Rigged Witch Hunt, perhaps the most tainted and corrupt case EVER!"

According to a draft of Strzok's statement he plans to fire back: "This investigation is not politically motivated, it is not a witch hunt, it is not a hoax."

"(T)he honest truth is that Russian interference in our elections constitutes a grave attack on our democracy. Most disturbingly, it has been wildly successful -- sowing discord in our nation and shaking faith in our institutions," reads his draft statement. "I have the utmost respect for Congress's oversight role, but I truly believe that today's hearing is just another victory notch in Putin's belt and another milestone in our enemies' campaign to tear America apart."

For a brief moment, lawmakers floated the idea of Strzok having some company when he appears Thursday -- as the committee offered Page a spot to testify at Thursday's hearing.

Page was subpoenaed to appear for a closed-door interview on Wednesday but defied the subpoena, saying she had not been given sufficient time to review the materials related to her testimony.

Her attorney confirmed to CNN she will be interviewed on Friday.

Democratic sources say Strzok came off as a credible witness during the interview and he was successful at rebutting the Republican attacks on him.

Ahead of the hearing, Nadler and Rep. Elijah Cummings of Maryland, the top Democrat on the House Oversight Committee, issued a statement Wednesday knocking the questions Republicans had asked of Strzok in the closed session, including queries on his extramarital affair with Page and his vote in 2016.

"This investigation is a political charade -- a platform to elevate far-right conspiracy theories and undermine the special counsel's ongoing criminal investigation of the President and his campaign aides," Nadler and Cummings said.

But Democrats face their own hurdles with Thursday's hearing, as they will be put in the position of defending Strzok.

While they took the same mantle defending the FBI and Justice Department when Deputy Attorney General Rod Rosenstein faced off with House Republicans at a hearing last month, Strzok's text messages will be more difficult to defend, and he was faulted by the Justice Department inspector general for his political bias.

A likely tactic will be for Democrats to also fault Strzok for his anti-Trump missives, while pointing to the inspector general report's finding that political bias did not affect the prosecutorial decisions in the Hillary Clinton email investigation.

This story has been updated and will continue to update during Thursday's hearing with additional developments.