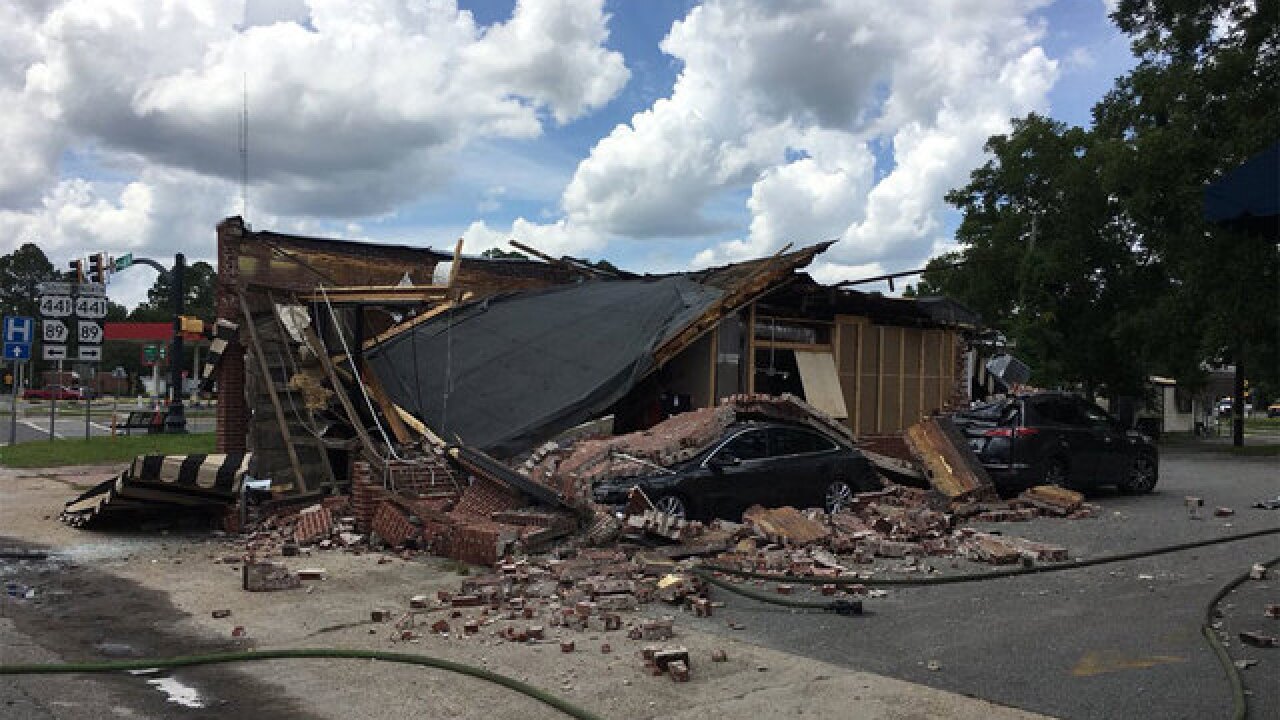 &lt;p&gt;This photo provided by the Georgia Insurance and Safety Fire Commissioner’s Office shows a destroyed coffee shop after an explosion and fire in Homerville, Ga., Friday, Aug. 17, 2018. The explosion and fire destroyed the coffee shop Friday in this rural south Georgia city, injuring a few workers and prompting a warning from city officials for residents to avoid the downtown area.&lt;/p&gt;

HOMERVILLE, Ga. (AP) — An explosion and fire destroyed a coffee shop Friday in this rural south Georgia city, seriously injuring three people and prompting a warning from city officials for residents to avoid the downtown area.

"Inside the shop gas built up in the kitchen area and there was a spark, resulting in the explosion," Allen said late Friday.

Allen said the explosion and a resulting fire destroyed the small, single-story building that housed Coffee Corner. A photograph taken by an investigator at the scene showed the building's roof had partially collapsed. Brick walls were blasted apart, with bricks scattered in the parking lot and piled atop two cars parked beside the shop.

Two employees and a customer were the only people inside the coffee shop when it exploded, Allen said. They were airlifted to a hospital in Gainesville, Florida, with "burns and other serious injuries," he said. Investigators initially reported all three of the injured worked at the shop, Allen said, but later learned they were mistaken.

Homerville is located roughly 30 miles (48 kilometers) from the Georgia-Florida line. Officials used the city's Facebook page to urge residents Friday to stay away, referring only to "issues within the downtown area."

"First responders and all other crews need the area to be as free of traffic as possible in order to get their jobs done," the city's Facebook post said.

Nan Mikell, Homerville's city manager, did not immediately return phone and email messages. No one answered the phone at the Clinch County Emergency Management Agency. The phone number for Homerville police was forwarded to Mikell's voicemail.