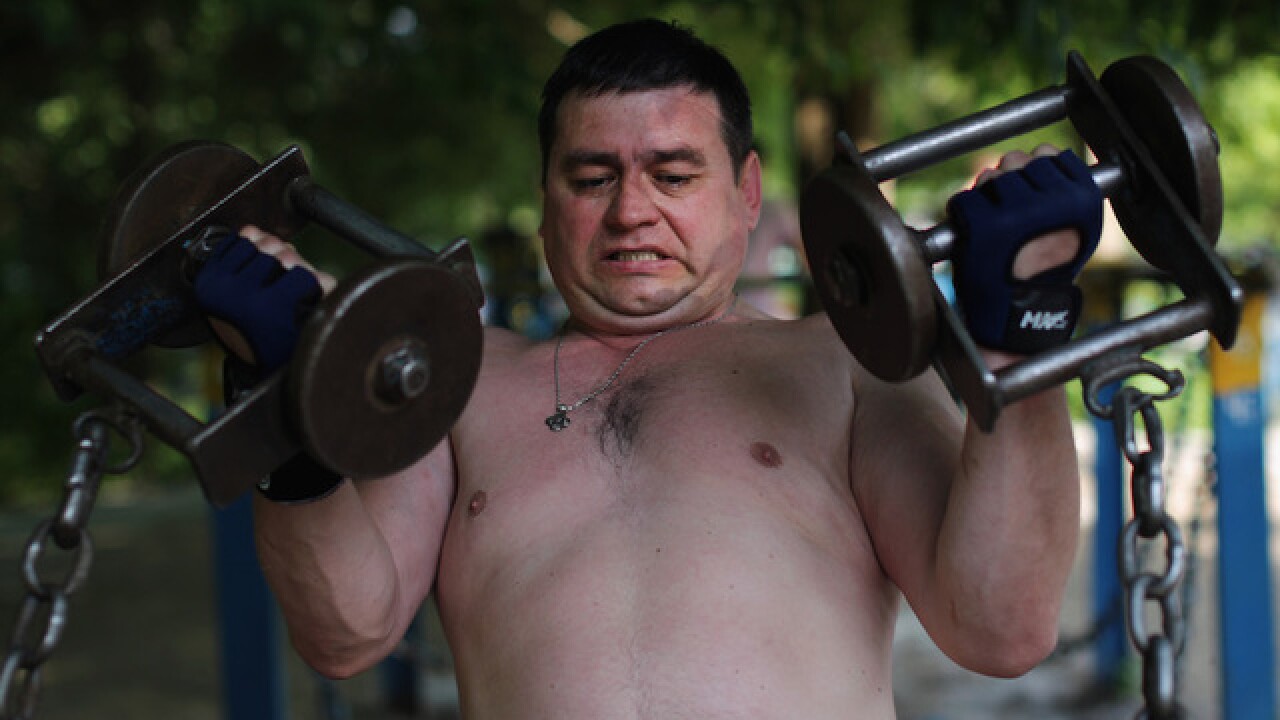 Copyright Getty Images
&lt;p&gt;A man works out at Kachalka gym, a Soviet era open-air fitness area on the island of Tuhev on May 23, 2014 in Kiev, Ukraine.&lt;/p&gt;

Run to improve your health. Bike to feel better. But to lose weight — you need a good diet, doctors say.

In an editorial published in the British Journal of Sports Medicine , doctors blamed too much sugar, carbohydrates and calories in the diet for the worldwide obesity epidemic.

“You cannot outrun a bad diet,” the doctors wrote.

More than one-third of American men and women are obese, according to the Centers for Disease Control and Prevention. Obesity increases the risk of diabetes, heart disease, high blood pressure and more.

Many people wrongly believe that obesity is entirely due to lack of exercise, a perception that is rooted in corporate marketing, the authors said.

"In the past 30 years, as obesity has rocketed, there has been little change in physical activity levels in the Western population," the study reported. "This places the blame for our expanding waist lines directly on the type and amount of calories consumed."

Losing weight from exercise alone would require a high amount of physical activity, according to the CDC,  which recommends including changes to diet and calories consumed.

“Getting to and staying at a healthy weight requires both regular physical activity and a healthy eating plan,” the CDC said on its website.

Physical activity brings other health benefits. It reduces the risk of cardiovascular disease, diabetes and cancer by about one-third, the authors said.

It also improves bone health, mental health and life expectancy, the CDC said. People who are active for about seven hours a week have a 40 percent lower risk of dying early than those who are active less than 30 minutes a week.

The authors in the editorial called for taxes on sugary drinks and restrictions on advertising for junk food. An attempt to tax sugary drinks in New York City failed in 2013. But Berkeley, California instituted a tax the next year.

"Celebrity endorsements of sugary drinks and the association of junk food and sport must end,” they said.

Gavin Stern is a national digital producer for the Scripps National Desk.