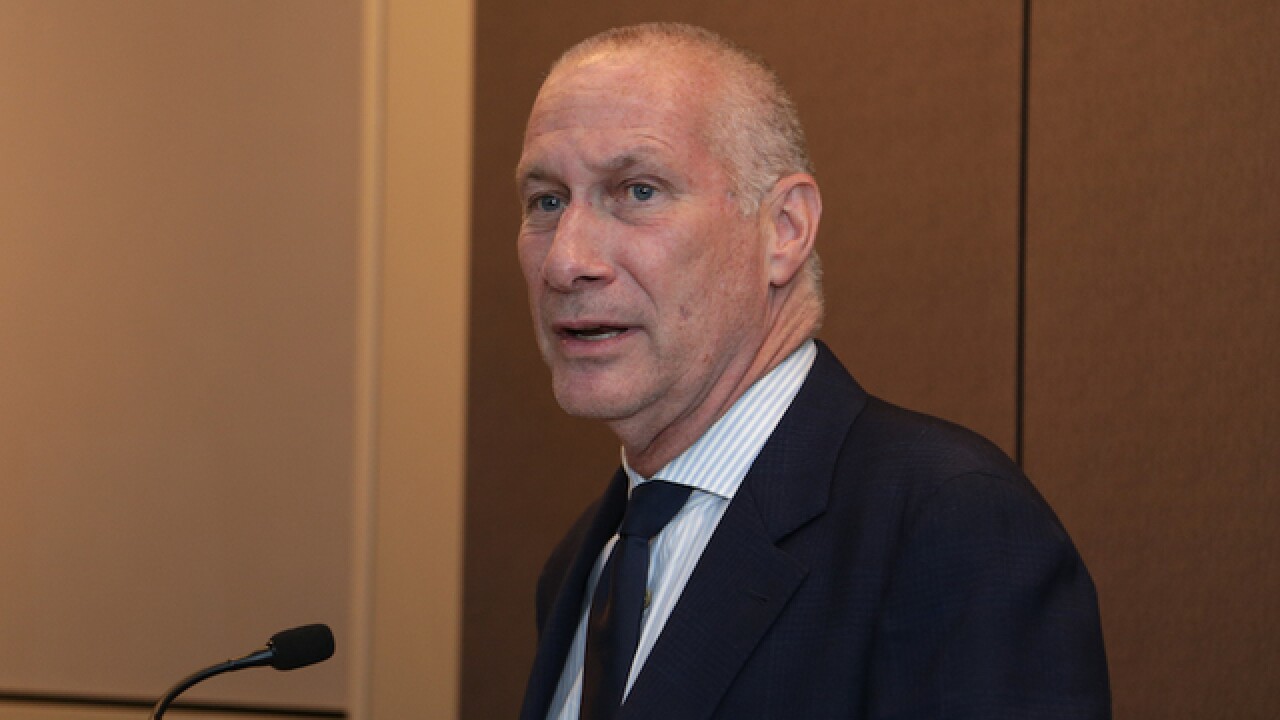 "I have struggled for many years with a substance addiction," Skipper said in a statement. "I have decided that the most important thing I can do right now is to take care of my problem."

He went on to say, "I come to this public disclosure with embarrassment, trepidation and a feeling of having let others I care about down."

The resignation takes effect immediately. In a farewell email to staffers, Skipper said, "It has been my absolute privilege to serve as president of ESPN."

Skipper was one of the most powerful people in both the media and sports worlds and managed ESPN's hugely profitable portfolio at a time of tremendous stress on the cable business.

ESPN and other major media companies have scrambled to adapt as people increasingly consume media on their phones and online.

Skipper notified Bob Iger, the CEO of Disney, ESPN's parent company, within the past few days, according to an ESPN source with direct knowledge of the situation.

"I join John Skipper's many friends and colleagues across the company in wishing him well during this challenging time," Iger said in a statement. "I respect his candor and support his decision to focus on his health and his family."

The source said the announcement was solely because of addiction, not related to last week's announcement that Disney would acquire most of 21st Century Fox. That deal would bring 22 regional sports networks previously owned by Fox under ESPN's control.

Skipper joined ESPN in 1997 and became president of the network in 2012. His tenure has included enormous growth for the network, but it faces the increasing challenge of declining subscribers as people quit cable.

The resignation comes one month after Skipper's contract renewal was made public. The contract was extended through 2021, according to a source familiar with the deal. Asked why Skipper was stepping down now, the source said, "Addiction doesn't follow neat and orderly lines."

Skipper also resigned from his role as co-chairman of the Disney Media Network.

George Bodenheimer, who served as president of the network from 1998 to 2011, will take over as acting chair of ESPN for 90 days and help Iger find a replacement.

"I have great respect for John's leadership, and I applaud the courage he's demonstrating by addressing his challenge head on," Bodenheimer said in a statement. "The most important thing right now for John and his family is that he conquers his addiction, and the entire ESPN family is behind him."