Escort shows up at wrong house in Florida An escort and "her protection" were arrested in Cape Coral after they apparently showed up to the wrong house. 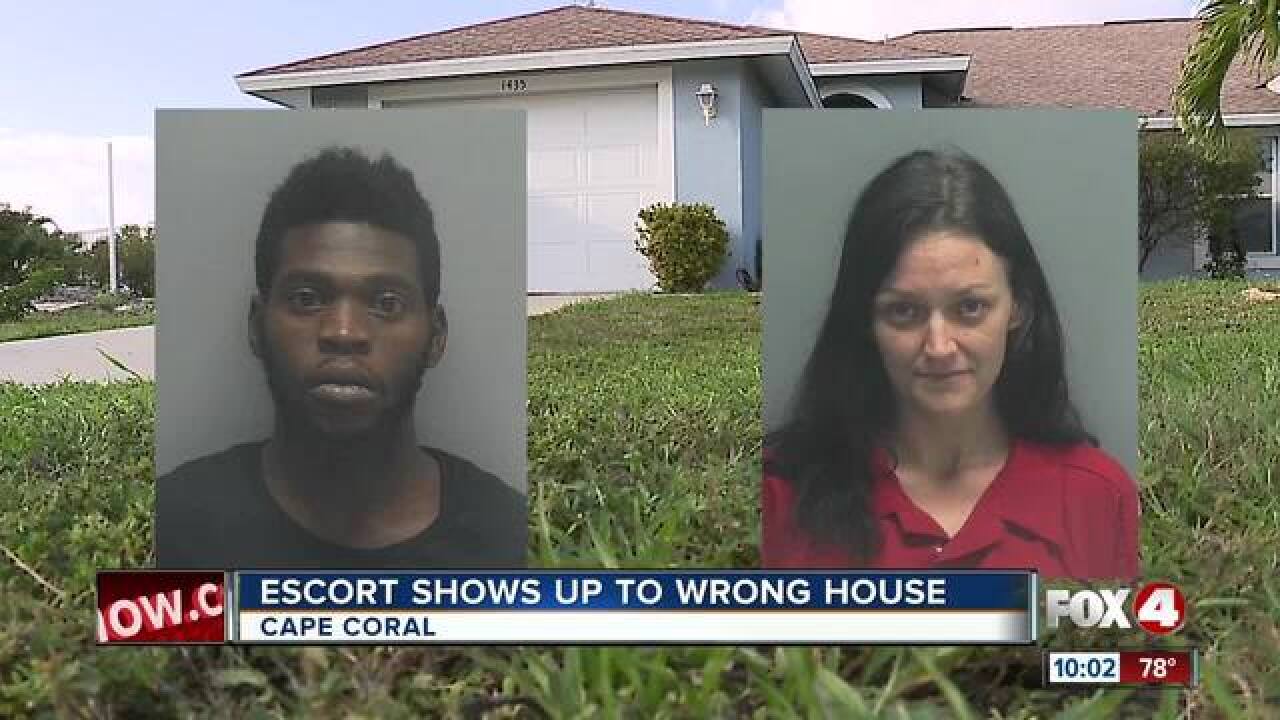 An escort and "her protection" were arrested in Florida after they apparently showed up to the wrong house.

Linda Elkins and Bosha Dawes, both 26, are facing loitering charges after Cape Coral Police said they showed up to a home on SE 10th Terrace and rang the doorbell just before 3 a.m.

"I would have answered the door with my shotgun," Rachad Leanari, a neighbor, told Scripps station WFTX in Fort Myers, Florida.

The couple who lives in the home called police. They told officers Dawes rang their doorbell with something white covering his face. Elkins was with him. The couple then left, but came back shortly after before leaving again.

"They hid behind the post so they couldn't see him out the peephole," Melissa Jones, who lives next door, said. "She texted me at 2:30 while it was happening, saying 'is your husband banging on my door or ringing my doorbell?'"

"She seemed petrified. Petrified. I think they were seriously in fear for their life," Jones said.

Police were able to catch up with Dawes and Elkins, who first claimed not to know each other or why they were there. They said Elkins was wearing pink see-through lingerie, and she told police she's an escort off of Backpage.com. She told police Dawes is her driver and waits outside while she goes into homes "for protection."

"Floored...appalled...we have young children in our home that we don't let play on their bikes outside by themselves for weirdos, and that's a whole different kind of weirdo," Jones said. "We have young girls and young boys, and neither one need to be exposed to any little lady in a pink teddy at 3 a.m.."

Elkins is also charged with using a false name, possession of marijuana, and had a warrant for her arrest out of Polk County for driving with a suspended license.