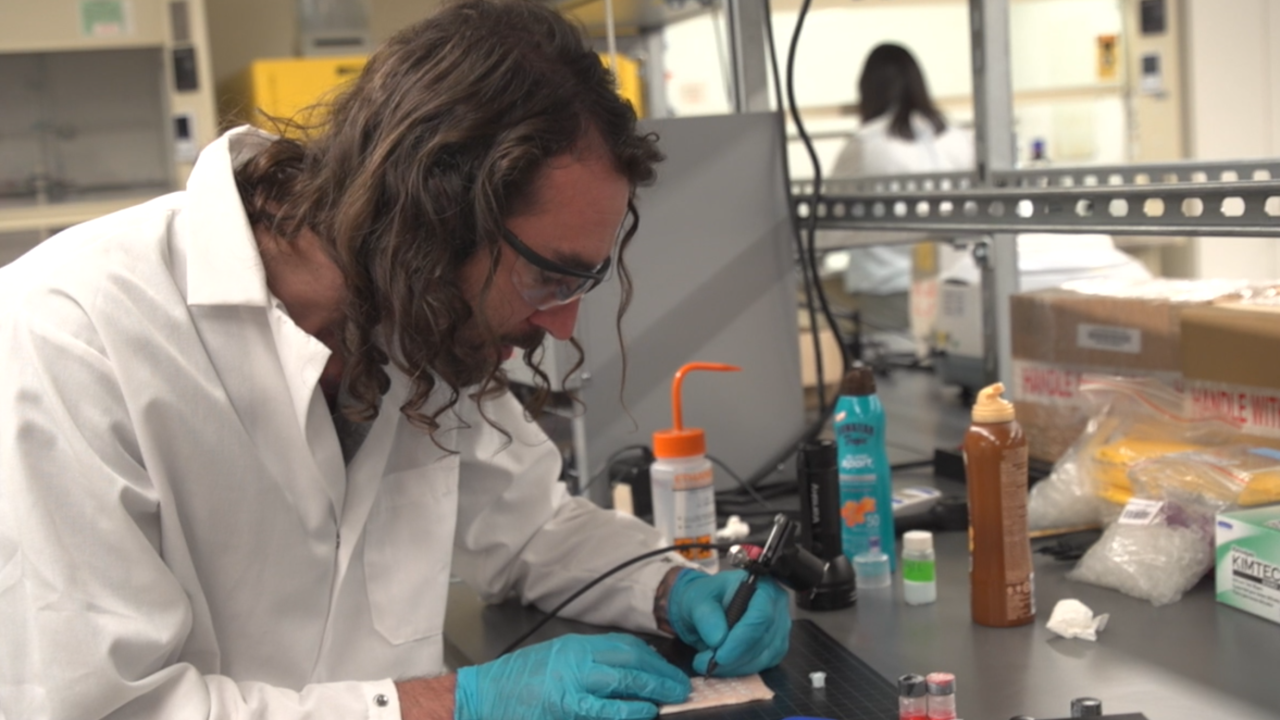 Tattoos have been around for thousands of years, primarily as an artform. But what if they had a purpose, beyond just aesthetics?

“I think that we can upgrade tattoo inks to give people new abilities,” says Carson Bruns, a mechanical engineer professor at the University of Colorado.

Bruns is also a tattoo aficionado.

"I got my first tattoo when I was 19 years old, and I’ve been addicted to tattoos ever since," Bruns says.

He spends his days in a lab, working to bring an ancient artform into the 21st Century.

"My idea is that, by adding new function, new properties to the tattoo inks, that tattoos could potentially be used for more than just art," he says.

Bruns is focused on a specific type of tattoo ink, one that would embed tiny microcapsules filled with certain material underneath the skin. One of his most promising developments would fill those capsules with UV dye.

It’d essentially be a tattoo that tells you when you need to apply sunscreen.

"So our tattoo, anytime you can see it, anytime it's visible to you, that's a sign your skin is dangerously exposed to UV light and its increasing your risk to skin cancer,” Bruns explains.

Other types of inks would be heat-sensitive, like the squares he's tested on his own skin. Those would only appear when your body reached a certain temperature.

"A tattooable thermometer, made of these heat sensitive tattoo inks could be a way to make it more accessible for people to read their body temp and check up on their own health," he says.

Bruns says the possibilities are endless.

"I like to joke tattoos can give you superpowers,” he says. “They can give our skin new properties we don't currently have."

Bruns hopes that one day, we might even be able to come up with tattoo inks that could conduct electricity or even tell us our blood sugar or blood alcohol levels.