For the first time in four years, footage of three endangered tigers in western Thailand was captured by conservationists. 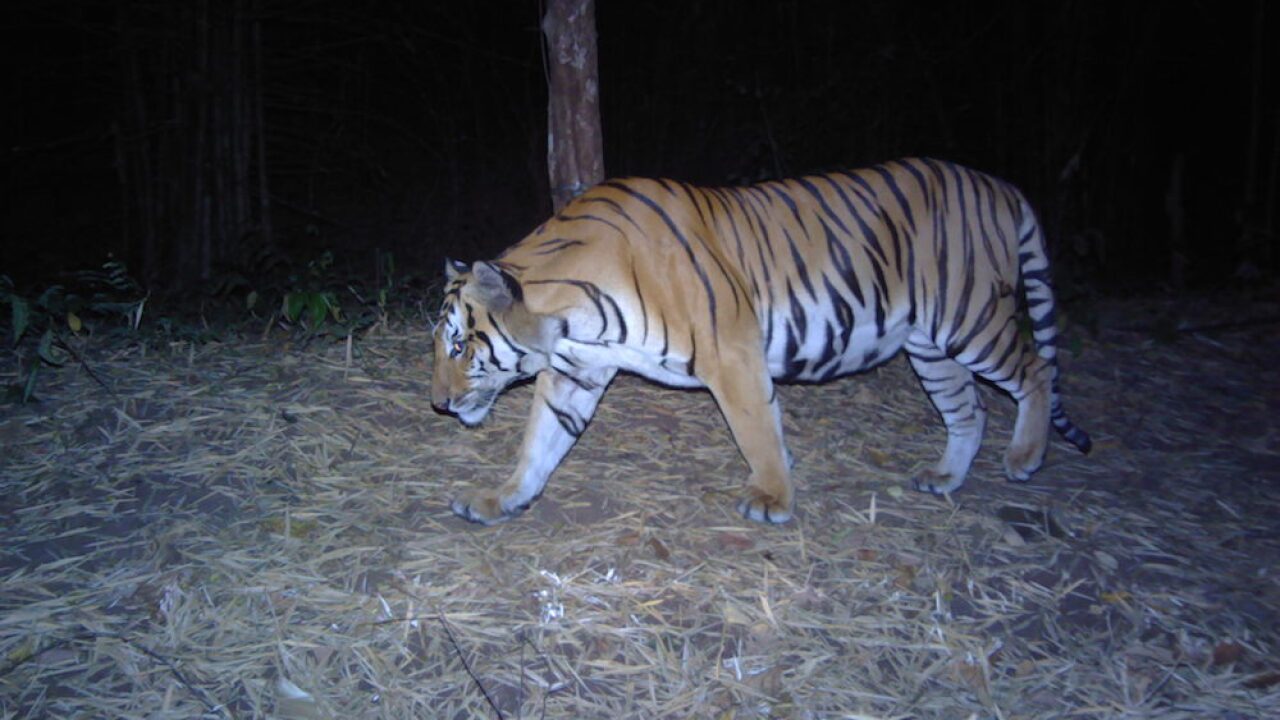 For the first time in four years, footage of three endangered tigers in western Thailand was captured by conservationists.

In a press release, global wild cat conservation organization Panthera said the images captured were part of a joint monitoring program between themselves, the Zoological Society of London, and Thailand's Department of National Parks, Wildlife and Plant Conservation.

The animals captured on camera were three young Indochinese tigers.

"These sightings are extremely encouraging for the future of tigers in our country and beyond," said Chief of the Wildlife Research Division for DNP, Dr. Saksit Simcharoen. "Our rangers and partners at Panthera and ZSL are keenly monitoring the region to determine if these individuals establish territories, ultimately helping to achieve Thailand’s goal of increasing tiger populations by 50% by 2022.”

Panthera said that's because the tigers have been poached for the illegal wildlife trade, which still stands as the gravest threat to their survival.