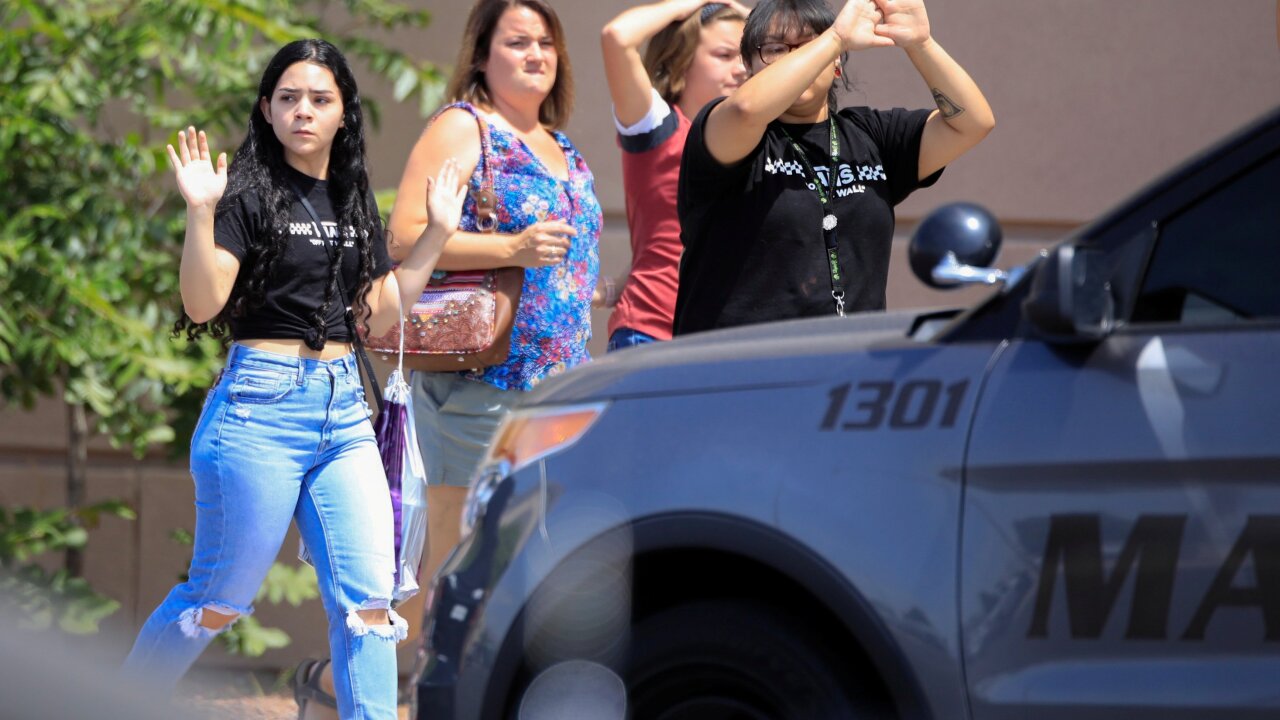 Saturday's shooting in El Paso is at least the third atrocity this year where a suspect is believed to have posted to 8chan in advance of an attack.

8chan is an online messaging board that has been used by anonymous accounts to share extremist messages and cheer on mass shooters. It is rife with racist and anti-Semitic conspiracy theories.

Law enforcement officials in El Paso, Texas, confirmed on Saturday they were investigating a document posted on 8chan that they believe was written by Patrick Crusius, the shooting suspect.

In the four-page document on 8chan, the author wrote: "I'm probably going to die today." A CNN analysis found it was posted less than 20 minutes before police received the first calls about the El Paso shooting.

The document is filled with white nationalist and racist hatred toward immigrants and Hispanics, blaming immigrants and first-generation Americans for taking away jobs and the blending of cultures in the US.

Before the mass shooting in Christchurch, New Zealand, in March, an account believed to belong to the gunman posted a link to an 87-page white nationalist manifesto on Twitter and 8chan. The unsigned manifesto, which is more than 16,000 words, was filled with anti-immigrant and anti-Muslim sentiments, as well as explanations for an attack.

The writer of the document linked to the El Paso suspect expressed support for the shootings of two mosques in Christchurch.

Seventy-three minutes before the deadly shooting at Congregation Chabad synagogue in Poway, California, in April, someone identifying himself as the suspect in that attack posted a link to a hate-speech-filled manifesto hyperlinked on 8chan.

The manifesto talks about killing Jewish people without making reference to Poway or Congregation Chabad.

Just like the El Paso-linked post, the person identifying himself as John Earnest said he was inspired by the Christchurch attacks.

8chan was founded by software developer Fredrick Brennan as an even more unconstrained alternative to online forum 4chan, which he believed was too tightly moderated.

4chan's "politically incorrect" board -- abbreviated as /pol/ -- is an infamous place where hoaxes and conspiracy theorists flourish after mass shootings, as a CNN investigation has shown.

In 2015, Brennan handed over control of 8chan to Jim Watkins, an online entrepreneur, but stayed as administrator until 2016, according to the Wall Street Journal .

In an interview with the WSJ after the New Zealand shootings, Brennan expressed regrets about creating the site, claiming it went too far.

Google stopped indexing 8chan in its search results in 2015 , but the online messaging board is available on the open web.