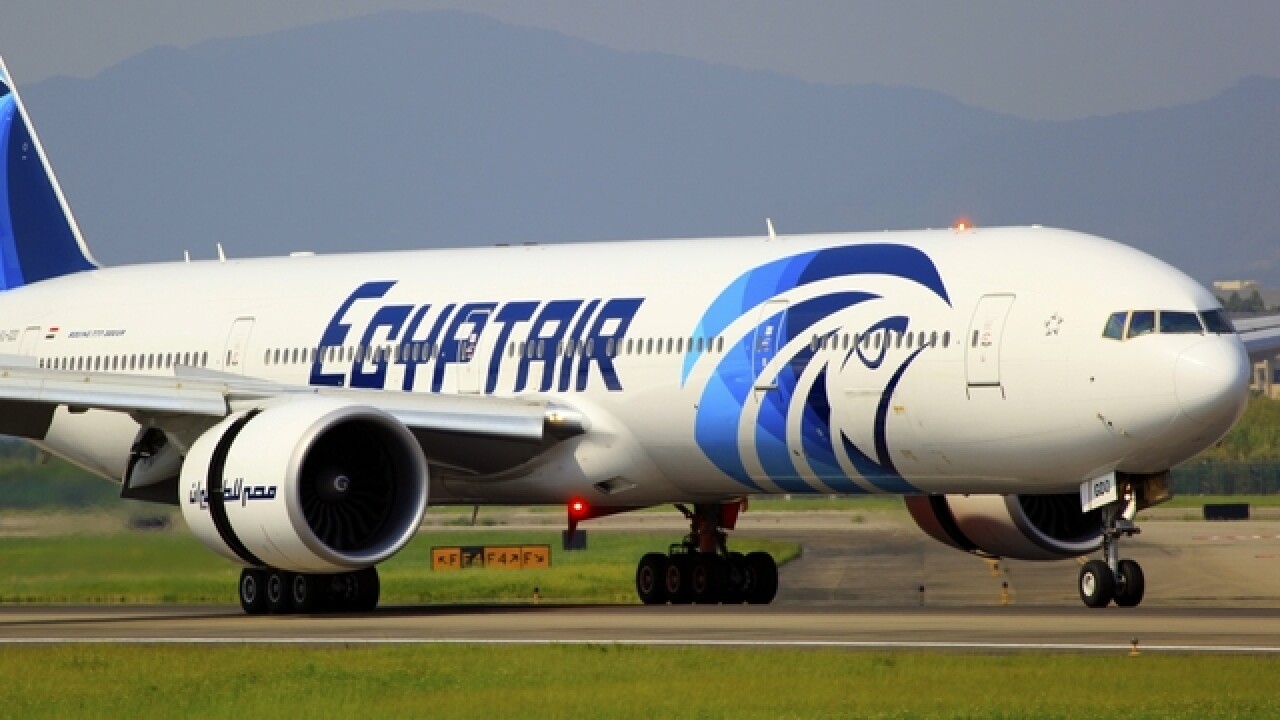 (CNN) -- Traces of explosive material were found on the remains of the victims of the EgyptAir Flight 804 crash, the Egyptian investigation committee announced on Thursday, citing a forensic report.

The Airbus A320 was en route from Paris to Cairo when it crashed into the Mediterranean Sea on May 19, killing 66 people.

Egyptian officials previously had said a terror attack or technical failures could have downed the plane.

Details have been emerging about the doomed flight for months as investigators tried to piece together what caused the crash.

A senior source from the airline told CNN in July that the plane's cockpit voice recorder indicated there was a fire onboard -- and an attempt to put it out -- before the aircraft plunged into the sea.